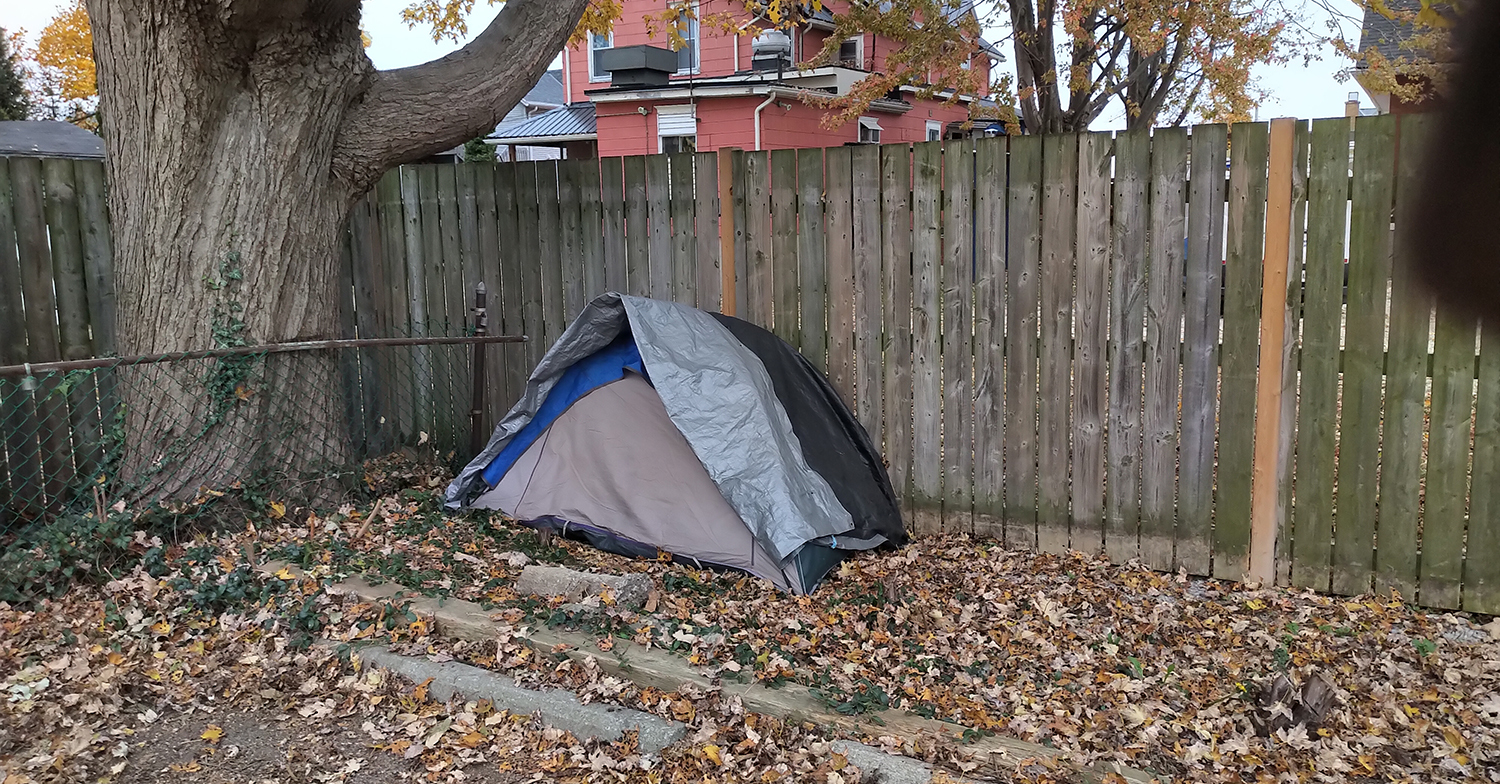 “It is good for us to be here": If you had only the clothes on your back and a bag...

In “the world’s favourite musical, Les Miz,” there are scenes that try to change our view and understanding of the poor. We cry for Fantine, but do we really feel for Jean Valjean when he steals the sacred candlesticks from the church? A sinner unfit to be welcomed.

That is the state of homeless people, there is literally no where for them. Imagine having no place at the inn; imagine being asked to move even from behind a garbage bin.

Some readers may be asking of our experience: “Why would you allow the homeless to stay at your church?” There are two extremes to this question: it is God’s grace and mercy that commands us; they will not change, do not waste energy, or put anyone in danger.

Both answers may be correct, but I practice the former as a follower of Jesus who said give to all who ask, and acknowledge the reality of the latter.

What is right? I say, giving people a chance: seven times seventy chances.

Saying “no” is difficult, with or without resources, when someone comes to you soaking wet with literally nowhere to go. But why not send them to where all the resources are?

I invite you to investigate what is actually available, and to remember the sense of home and knowing where you are if you need to move far. If you had only the clothes on your back and a bag, where would you wish me to send you as a veritable refugee? How far is too far? Across town? Across the province?

The answer to why we allowed them to stay was practical – stability. We were able to have the systems that are in place locate them, easily and regularly. Things such as housing workers, OW, CMHA, intake programs and so on. Acronyms galore for services available.

We arranged for daily food – they could be found in the same place. Knowing they were there, neighbours brought blankets or food or money, several even offered to do their laundry! Volunteers were able to see them, and bring them food and blankets and make other offers – the best being dignity and respect as a neighbour and human being. I will add that when we decided to ‘shut down,’ I received calls from four different departments in the space of two hours looking for people. Sadly, I could not tell them where to locate any of them.

The hardest learning was the depths people will go to meet their needs.

Tents are not weatherproof, so they were always cold, soaking wet, and hungry – drugs make that all that pain go away. They could present well one moment, and use the next. They would ask for everything and accept anything. And all of it remains mostly ruined behind them once they move. For they could carry only so much. (That is why garbage was a never-ending issue, as were toilets which we could offer only during the day.)

And while some could not ever hit their cup of coffee with sugar without making a huge mess, others raked the lawn and tidied up because, “this is a church, what will the neighbours think?”

And within this, the strangest discovery was the predation by other homeless and low-level drug dealers that went on.

There was jealousy if someone else had more, and as I learned, demands for equality: where is my meal, why do they get one and not me, they got $20 and I didn’t.

It should be said: I never feared for my life or church property, but neither did I leave anything to chance. Kindness and being careful and sensible go hand-in-hand, you need to weed the forest that is their story. Many, many relationships have been destroyed by their past and ongoing behaviour. Many calls on my part led to more tears from those who have suffered along with their homeless loved ones, they suffered their abuse and pain.

“Do you want to be made well?”

The lament were the tears of people crying, “Why will nobody help me?” I hope what I wrote above makes it clear that even if you find that our systems are underfunded and broken, they still exist, and many people offer all kinds of help. But this is their truth because they are trapped in their won darkness.

Reflecting Biblically, I take a snippet from John 5:

“When Jesus saw him lying there and knew that he had been there a long time, he said to him, ‘Do you want to be made well?’ The sick man answered him, ‘Sir, I have no one to put me into the pool when the water is stirred up; and while I am making my way, someone else steps down ahead of me.’”

They have the power to lie, cheat and steal to meet their basic needs, and yet they cannot show up to a meeting intended to fix their financial situation. They miss court dates, doctor appointments, mental health calls...

One person climbed into a car just as the housing worker arrived to see them because it was more important to get to the city to pick up a cheque than to be housed. No judgement on my part, they did not make the choice I would make as I sit in my heated house, their situation is quite unimaginable on my part. Addiction owned this person, pain and terror of detox was settling in that day.

What did Jesus teach us? First and foremost – forgiveness.

Forgiveness leads to healing – but do not forget the seven-times-seventy on our part. Some resources do not have the time or money to keep chasing people, so they would close the file, which is regrettable but understandable, whereas we were able to offer them kindness every day.

People lay by the pool but cannot get in. Jesus can and does heal, but there is a certain amount of participation required – the man of Beth-zatha waited for thirty-eight years.

To hear the lament and answer it in Jesus’ name

We spent three months with various people, and they went back to moving from place to place, hidden, faceless. The group ended up at an industrial park, out of sight and mind, one would have thought. But no, they were moved on within a week. And the cycle continues. They cannot enter the pool.

These are very complex issues that require a ‘long game’ mentality. We are dealing with people who mostly live a different truth than we do, and no amount of honesty or direction or even love can change that in a short time.

When a person who OD’d three times in a week tells you how they were OK, that the Narcan was the real problem and how they have cut down their use – that is their reality and their truth, which was met with love.

They cannot enter the healing waters, but we can serve. We all can serve.

We can serve directly and indirectly. We have received gifts of prayer, clothing, food, letters, and cheques. “And they held all things in common,” a word from Acts. I have also learned that people need to speak, to tell their story, to be heard, to exist and to be valid. All those at the edges are also children of God. I wholly believe we, the Anglican Church, are called to live out that part of the Gospel, to hear the lament and answer it in Jesus’ name.

Jean Valjean finds both forgiveness for stealing the candlesticks, but the Bishop declares them a gift: “You must use this precious silver to become an honest man, God has raised you out of darkness, I have saved your soul for God.” Ah, Mr. Hugo, you understand that Jesus says give to everyone who asks.

Rev. Andrew Wilson served as the rector of St. John the Evangelist, Leamington.