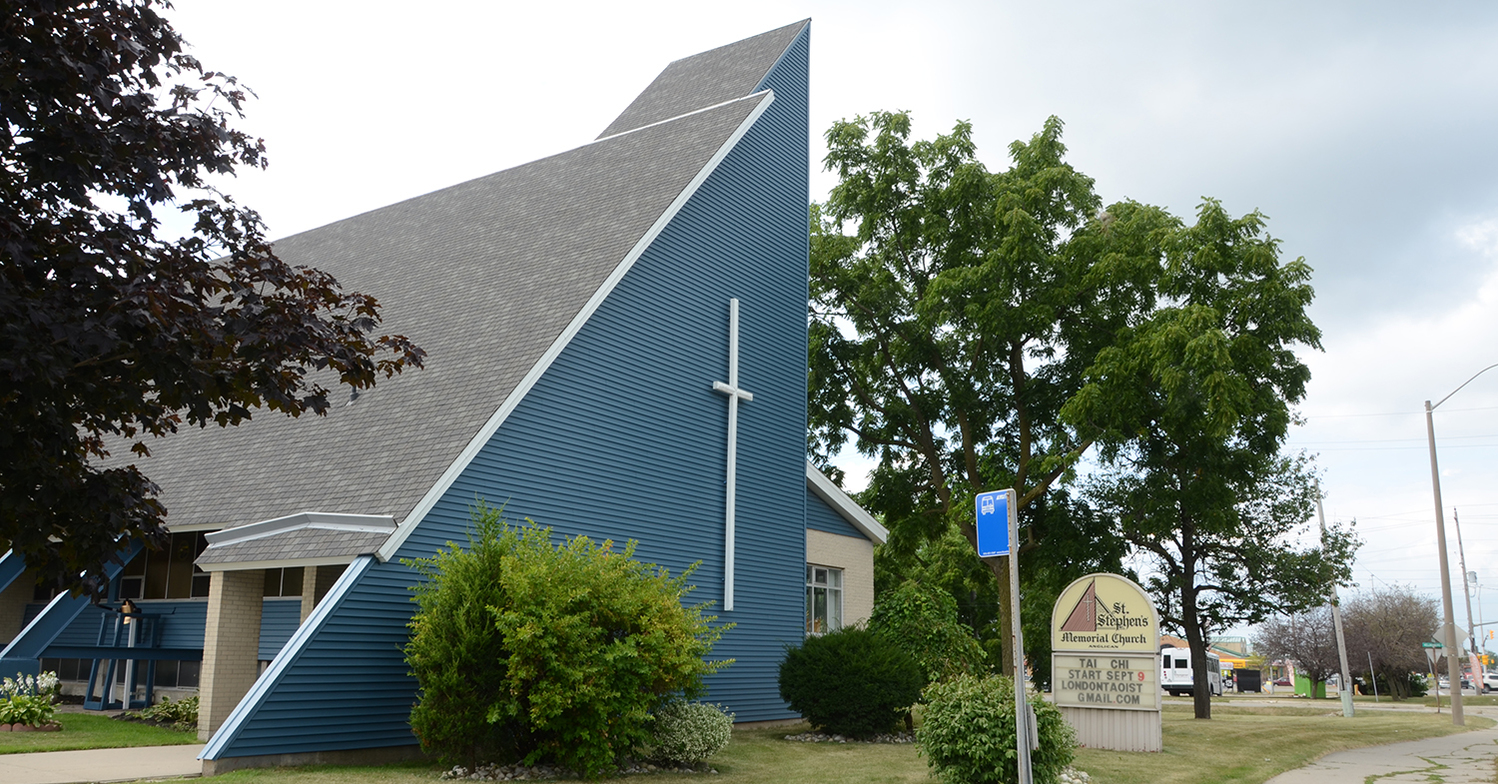 How do you take a one point congregation and turn it into a three point parish and make everyone happy along the way?  Well, that was the journey that the folks of St. Stephens, Holy Trinity and Christ Church Glanworth took together over the 11 years I spent in the parish.

Truly, I was happy to have just one church when I arrived at St. Stephens in 2006.  The previous 11 years had been spent in multipoint ministry and I was ready to settle down and focus on one group of people in one building.  It took a while for some to accept the long hair, soon placed in a ponytail, and a few of my ideas that coloured just a little bit outside the lines.  But I think it is fair to say that despite a few bumps, things were good and ministry was being done.

I had always had a connection to Veterans, and St. Stephens Memorial had a strong community bond as those returning following WW2 settled in the area under a government program that helped with land and building of housing in an area that was outside the City of London.  When first opened, St. Stephens was part of a two point parish with Christ Church Glanworth and Glanworth was the larger parish!  Remember that as the story unfolds.

The Remembrance Services that I presided over, with veterans making up the Colour Party and many more who had served in the congregation with their families.  Tears were shed and stories were told.  It was the bedrock of this family.

St. Stephen's also had a two part music ministry with classic hymns and the Joyful Noise; a group that was long part of the DNA of the community.  Along the way we added in a little country, a little Gospel flavour and even tinkered with some music  that we called “songs there were spiritual, but you didn't know it.”

While this variety of styles and emphasis on community was clearly a part of the plan, we hadn't yet seen the forest for the trees! Along the way a conversation became an idea and as more people joined in the discussion, it seemed that there was a ministry opportunity to be developed between St. Stephens and Holy Trinity.

We took a different tact than many.

Rather that starting with what we should do, we opted to get to know each other.  We did clergy exchanges, held social events, sang our hearts out and came to understand who we were as two separate worshipping communities.  There was never a plan articulated, just a constant  opportunity to share ideas and talk them through.

Eventually, it seemed right to get engaged.  After more dates and relationship building we finally decided maybe we should get married.  Thus St. Stephens Memorial and Holy Trinity became Holy Trinity St. Stephens Memorial.  The most convoluted name in the history of the church, but the right one to ensure that we all realized where we were coming from and where we were going to.

Canon Marian Haggerty and I presided over the transition, but the real “stars” of the show were the people of the two churches.  Because we went slow and ensured that we understood each other and what the possibilities might be (and explored each one as they were suggested) we found our way to becoming a parish.  I am proud to say in all the meetings we had, I do not recall there ever being a vote against moving along the journey to something new.

Along the way, it was suggested that Christ Church Glanworth was in need of a new partner, and we gladly accepted them and walked along side as they came to the difficult decision to become a Chapel of Ease.  I have so many fond memories of the church in Glanworth, especially the Easter Sun(Son)rise services we had on the front steps.

For me the learning in all this is quite simple – relationship takes time, communication, understanding, having some fun together and a sincere desire to meet each other as we are.

It never crossed my mind when I arrived at St. Stephens that we would do something unique in making one into three and then three into one.  But it was the greatest learning experience of my life.  I can't tell you how proud I am of the people who made it happen.  It was truly the making of a Christ centred community.