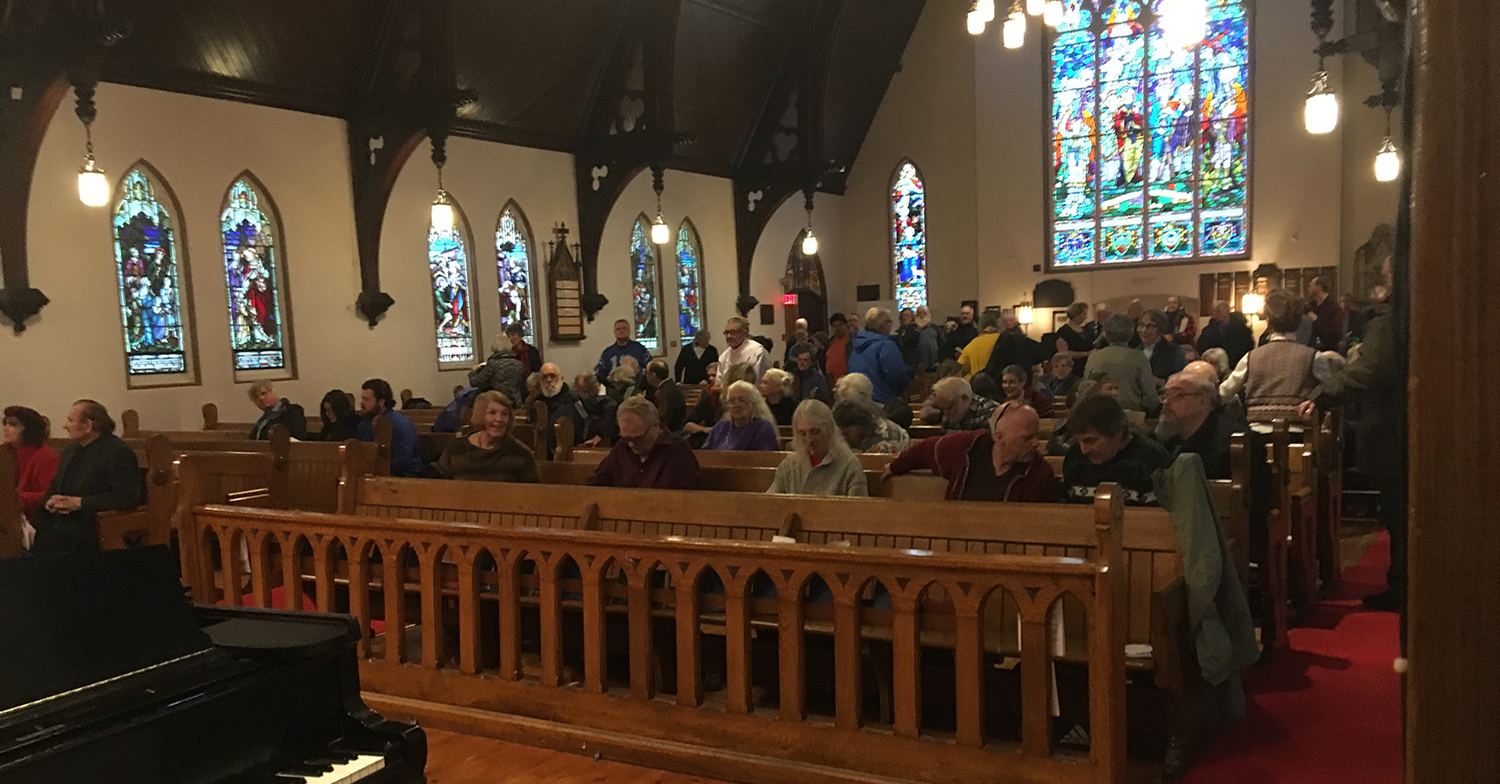 On Saturday, February 2, a funeral service was held at London’s St. John the Evangelist for Benjamin Musgrave, one of the frequent guests at this church’s weekly meal program.

Musgrave’s death, following an accident at a London intersection, drew media attention that focused, as reported in the London Free Press, on “a strong community of people who are easily forgotten but who conquer each day through their own sheer will to live.”

As Rev. John Thompson, deacon at St. John’s said for the same newspaper, a photo of the aftermath of the crash, with the walker Musgrave used left at the crossing where he was struck, just didn’t seem right as the last public trace of Benjamin.

More than 100 people attended the service proving that St. John’s Hospitality Meal program has brought together a strong community of people over the years.

“Much of our assumptions about our guests are wrong”, stated Rev. Thompson for the Huron Church News before the service, “The social moment is equally important to them. “

“We open up as soon as the cooks get here, at 3:00 pm. We officially open the door at 5:00 pm, but by four o’ clock there are always at least a dozens of people. We try to get the coffee out early so that they can sit down and talk. The groups form at the church hall – same groups at the same seats”, says John.

By the time the serving window slides up the line stretches out to the sidewalk and often down the block to the corner.

“We have four or maybe five people who are homeless. Most of the people have some kind of a shelter, even their own homes but they are really at the very bottom of the economic scale and that meal is very important to them”, says Thompson.

The program is in its 22nd year – it started in May 1997. Every Saturday the volunteer teams at St. John’s serve some 110 people. Compared with ten years ago the numbers have dropped down slightly and Thompson believes that this is true in all the programs across the city.

Rev. Thompson insists that this kind of outreach builds stronger relations on both sides of serving stations.

“We have about twelve teams that serve and they sign up from two to six times a year. We have teams from within St. John’s and we have teams outside of St. John’s”, concludes Thompson.

The church organizes a Five-K Walk fundraising every year to help support the program raising between 12 and 14 thousand dollars each year. These events, says Thompson, have also contributed to the larger number of volunteers who are helping with the program.

“One of the women who served as a marshal at Five-K fundraising learned about the program and this year she has a group of people from her fitness club who come and serve the meal.”

Rev. Thompson has been engaged at St. John’s meal program for about 10 years. His message about his involvement in the outreach program is simple:

“I feel a huge amount of joy and I like doing it. I do it because this is I think the central message that Christ came to earth to teach us – to care for each other.”