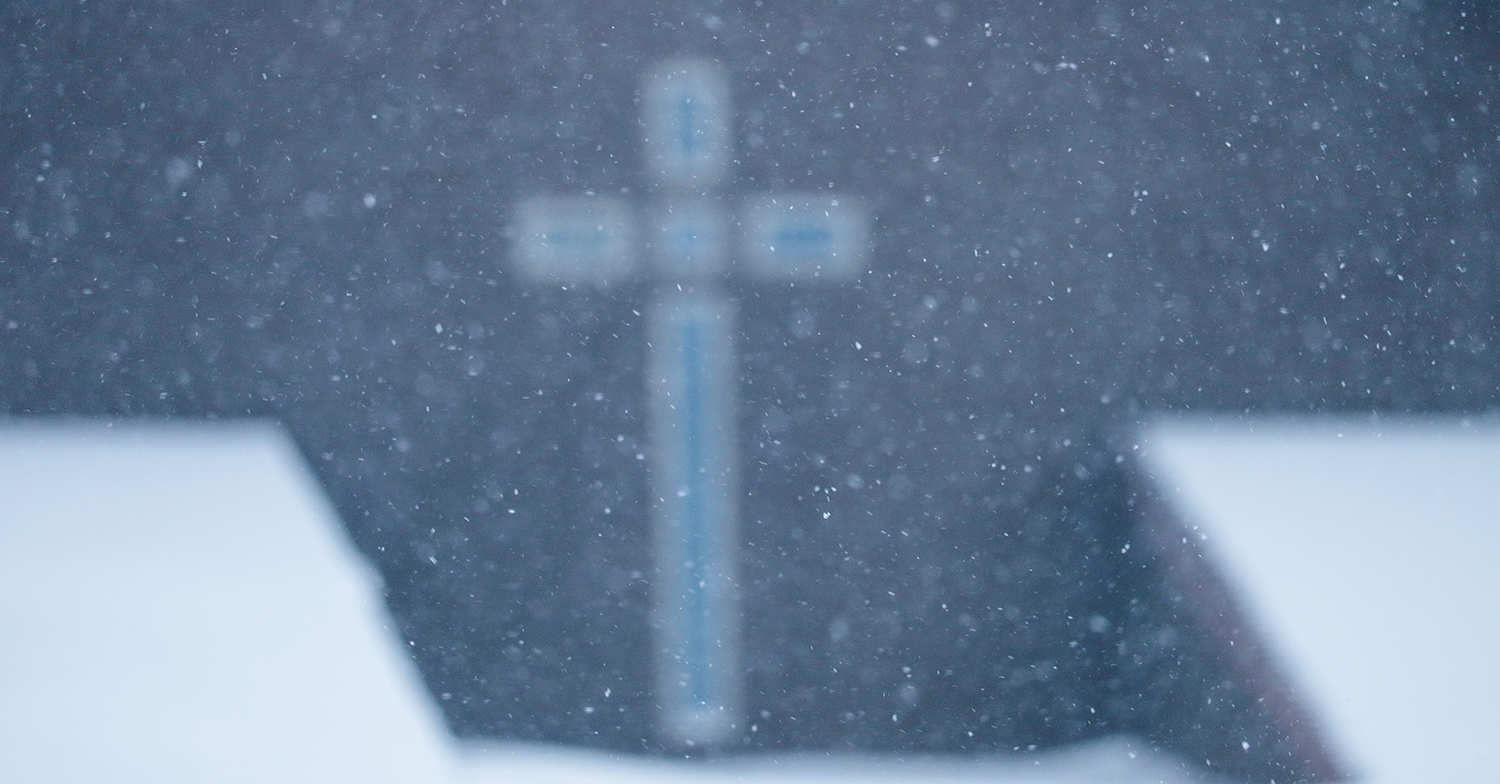 The calendar on my desk identifies the fact that four short days from now we will begin to observe the Season of Lent.

What words may I offer to you as the month of February draws to a close which will begin to touch whatever reality we may be experiencing when the Huron Church News is published and distributed in the month of April?

A few days ago, as Russian troops began the invasion of the Ukraine, I became aware of an opportunity to attend a prayer service at St. Sophia Orthodox Parish and St. Nicholas Mission, which is a part of the Ukrainian Orthodox Church of Canada. The advertised focus of the liturgy was set as a time for “Prayer for the Deliverance of Ukraine from Invasion“.

The warm welcome which I received, reflected the deep appreciation by that community, that an expression of support was being given, simply by me showing up for the service. Readings were offered by different members of the congregation in Ukrainian, Russian and English.

I had the great honour of being asked to offer readings of the Psalms. I was fully aware that there were members of the congregation whose thoughts and prayers were focused on friends and members of their families who were still living in Ukraine.

Throughout the centuries, in times of joy, in times of turmoil and in times of painful despair, people of faith have turned to the Psalms for guidance. The Psalms are there when words fail us and yet when words are needed to experience the Divine support and love upon which humanity depends.

In the midst of this time of crisis people I have not seen in fifty years will mark our 1972 high school graduation with a connection using Zoom. In the late 1960’s and early 1970’s our voices were raised in Philadelphia as protests against the Vietnam War were an almost daily reality. Members of our class participated in the first Earth Day gathering as we called for a greater awareness of the need to be better stewards of the natural world.

The violence of warfare and the destruction of the environment were as much a reality fifty years ago as they are today. Over time the world has changed. The technology we use to make connections with other people today are the sci fi dreams of fifty years ago, yet the calls for peace and caring for God’s Creation have a familiar echo in today’s world.

It would seem that with the reality of constant change being something that we all have to live with, that we would be challenged to find a model of consistency to identify that might even be familiar to us. However, it really is not difficult at all.

In early February of this year, as the Queen marked the day, when seventy years ago her Father died and she acceded to the throne, she wrote that she hoped that it would be possible for many people to “reflect on the positive developments in our day to day lives that have so happily coincided with my reign.” One of the key elements of her seven decades of royal leadership has been her annual tradition of broadcasting a Christmas message. Taking time to review her shared thoughts over the years, it is not difficult to discern how her Christian faith has been a strong foundation upon which she has built her life.

In her Christmas Message of 2012, the Queen said:

This is the time of year when we remember that God sent His only Son, “to serve, not to be served“. He restored love and service to the centre of our lives in the person of Jesus Christ. It is my prayer… that his example and teaching will continue to bring people together to give the best of themselves in the service of others.

An overview of Her Majesty’s record of faithful service has been offered in a pamphlet entitled “The Servant Queen and the King She Serves“. Over the years, she has modelled her life on the image of servanthood exemplified by Our Lord.

It is to the events of Holy Week and Easter that we turn to in these days, as the threads of this reflection find their place and form a tapestry image of sacrifice, service and salvation in a changing world.

However, we navigate through the dark and difficult days we face, as people of faith, we look through the darkness, we grasp those moments and opportunities to serve Our Lord, by serving others in His Name, moving ever closer to that moment when in the light of Easter morning darkness is vanquished and we are able to raise our voices in a shout of victory and proclaim:

Alleluia, Christ is Risen!! The Lord is risen Indeed, Alleluia !!