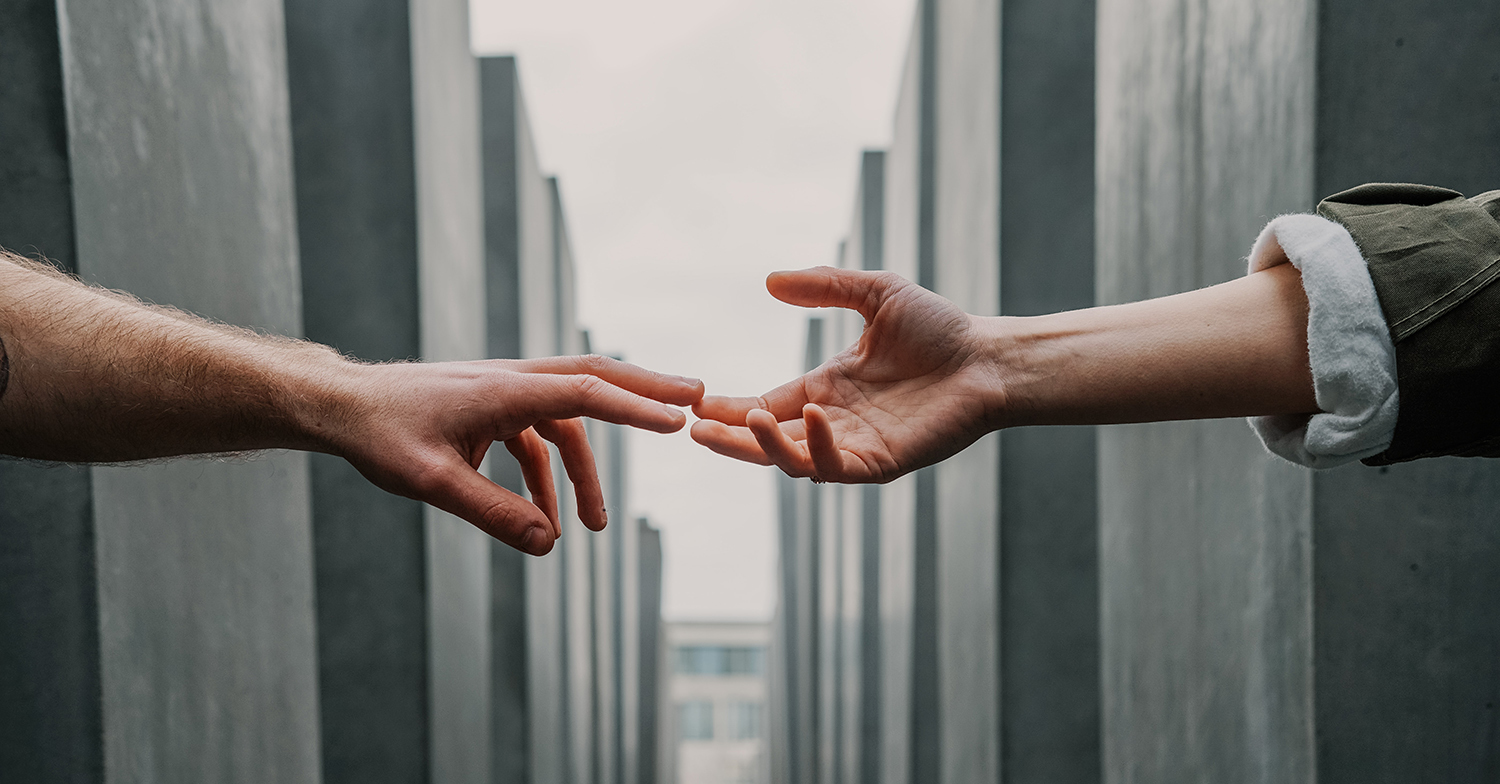 As I squeezed around an elderly woman driver in a construction zone, I was greeted by her warm smile and waving hand. She let me into traffic and appeared very happy to do so. Most intriguing was that her 'happy' seemed beyond the simple act of driver politeness.

For the sake of reflection, I will guess that the elderly driver enjoyed her participation in our now-connected day. Alone in her car (and entirely possible she is alone much of the time), she became a participant in a moment that pulled her into the bigger world.

One of the great realizations (or reminders) that emerged from the alone of COVID is the significance of connection. For example, what folks missed the most at my church was the mutuality in singing and the contact experienced during our coffee hours. They were missing the attachment, a supplement experienced as wholeness. Even disagreements were grieved.

At a recent multicultural festival, London (Ontario) photographer Bruno Belli displayed a project to ground us in our healthy attachments to others. He exhibited photos depicting places that made newcomers to Canada feel at home. Belli hopes that viewers of this work will find common ground with some of the stories, and those in the photos can feel seen and understood. Belli says the place that symbols home for him is his neighbourhood park, where he takes his five-year-old son to meet other parents and make friends of his own.

The joy, so notable on the driver who let me in traffic, draws attention to the intrinsic need for 'social ties.' It doesn't even have to be a 'good' connection. 'Bad' connections work too. In fact, conflicted relationships provide significant meaning in one's life. The Hatfields and McCoys would be nothing without the other.

When feeling disconnected, we literally waste away in anxiety, fear, illness, and fatigue. It is commonly said that loneliness (feeling disconnected) has the same impact on physical health as smoking 15 cigarettes a day. And research has shown that loneliness changes the neurochemistry of the brain, causing some degeneration. Saying all this, it must also be noted that not all disconnection is unhealthy. We can be detached by choice (as needed). However, health concerns increase the less we have availability to others (when required).

While feeling a connection is a central source of mental and physical health, social ties can be extremely stressful. And not just because there is conflict, but because there may be a high cost to maintaining particular relations. For example, providing care to the sick and the impaired can undermine the provider's health. A phenomenon we are seeing in our health care professionals.

As I move deeper into my active ministry's final years, attending to healthy connections becomes an overall personal and professional direction. This means sifting and sorting priorities and those who want to become a part of them (or at the least respect them). And in addition, becoming increasingly conscious of the energy I want to project (a task I wish I was smart enough to start much earlier in my life).