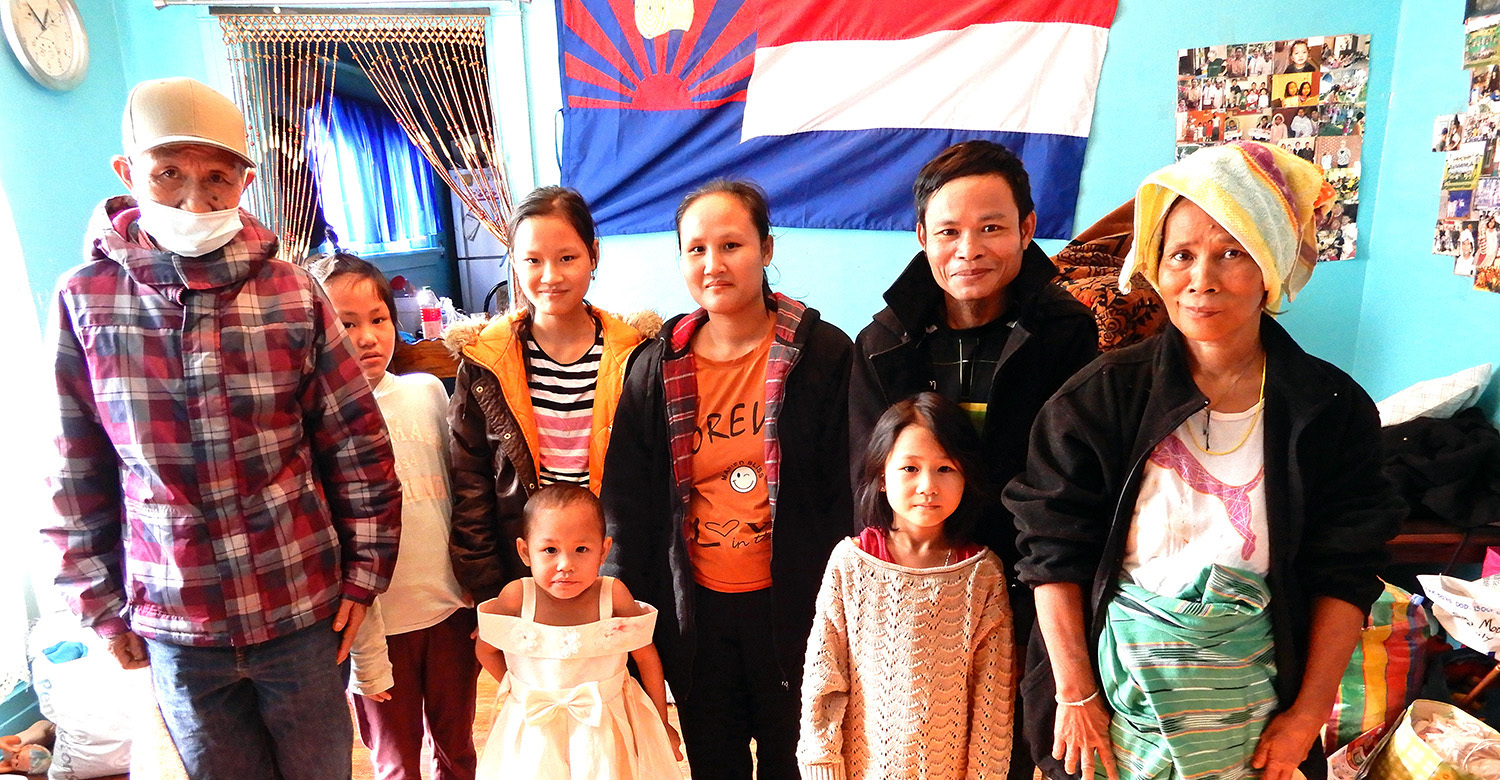 For more than ten long years, the family of Moo Saw waited for any sign of hope that their lives would change and their children could finally plan a future. And then, in the middle of a pandemic, that hope arrived. They received their tickets to come to Canada as Burmese Karen refugees and then newcomers once they landed on Canadian soil. Hope was finally theirs!

It was a very long ten years with at least three other flights arranged but then at the last minute cancelled because of health concerns. The last denial came in August 2018. Moo Saw’s eldest daughter, who was 12 at the time, had a heart condition.

The hope was that we could get her here and then get her the surgery that she needed. Plans were even in place. The little girl, Moo Ku Paw, was to travel with a medical escort who would monitor her but when she went for the final check up, she was deemed too fragile to travel.

The feeling from the flurry of emails between the family here, the Leamington Area Ecumenical Refugee Committee (LAERC, their sponsoring group), and us was of shear sadness for this family. Next came the reality of the choice the government gave us: we could drop the case and give up our hope for them to come or find another way.

Elizabeth Walton (who was chairperson of the Huron Refugee Committee when the application went in) would not let that happen. At that point, she had waited eight years for the family and had periodically quietly reminded the government of this family and kept them in the line.

The next thing we heard was that the only hope was that Moo Ku Paw could get heart surgery in Thailand and that would allow her to come to Canada after she healed. The cost was $10,000 and a decision had to made within 48 hours. That was the hope that we needed.

The family overseas sent a heart wrenching video of Moo Ku Paw dancing in their shelter in Thailand trying to convince anyone out there that her life was worth saving. As chairperson, I see many photos of the consequences of war as people plead for sponsorship, but this clip brought me to tears as this child knew that she was both the problem and the hope as she looked in the camera and showed she was still worthy.

The next day, after a conversation with Archdeacon Tanya Phibbs and Bishop Linda (now Archbishop Linda), the Diocese of Huron put out a special appeal which lasted less that four hours. I think it was the shortest appeal ever and one that actually had to be cut off. We had surpassed our $10 000! The surgery in Thailand was a success.

Fast forward two years and Moo Ku Paw, her mother, father three siblings and her grandma and grandpa stepped off the plane in Windsor Ontario on October 15. They were greeted, distantly, by Wilma Lamb-Stewart (chair of LAERC and a member of the United church), and a family member who lives in Leamington.

LAERC, of which St. John’s Anglican is a member, had been busy preparing for this moment for the past three weeks. During COVID-19, very few newcomers are being allowed into Canada, but since the family already had their flight cancelled just as the first lockdown in Canada occurred, they have been allowed to enter Canada with a strict quarantine in place.

There were no hugs or touching. People could only hug with empty arms and wave. Taxi vans were ordered so that the family could sit in the back seat of the vans with two metres between the drivers, behind plexiglass. The family here and Wilma traveled behind in a vehicle.

For two weeks the Moo Saws stayed in the house of family members while the family here moved into a bed and breakfast. It was not easy getting food to and from the family, but with the determination of LAERC’s amazing volunteers and the Karen community in Leamington the family merged out of their quarantinehealthy.

Moo Ku Paw has since seen a pediatrician and received a good report. She now will head to London for further tests, but she looks very healthy and strong. Your monies will help her and her family to make these trips. Ten years of waiting, a heart surgery, and two weeks of quarantine: Moo Ku Paw on the porch of her Canadian home.

Wilma Lamb-Stuart is amazed by the community response in Leamington. People who have heard of the family have offered many things. LAERC has rented a large house so that they can all stay together and they don’t have to be separated.

Back in November, the younger children: Kue Moo Wah, Cher Ku Say and Ku Moo Hser started school for the first time. There will be lots of challenges but the family is surrounded by love and support of their family, the Karen community and their new LAERC family.

Elizabeth Walton has now seen her last case arrive and you can tell that this family holds a very special place in her heart. She is looking forward to the big party when the pandemic is over!

In her last email Wilma wrote:

“The Leamington Karen Community has welcomed the new family via phone calls, providing all the food during the quarantine time and they are looking forward to introducing them to things like Point Pelee National Park, Colasanti’s, Theiseen’s Apples and other local places to enjoy, when we have this pandemic and restrictions behind us.

When the kids get home from school, they quietly take out their crayons and paper and make a picture and have some rice and fruit to eat. The whole house feels warm and safe and quiet. Good food smells waft from the kitchen no matter when you go there. All the adults take care of the children and cook.

The adults have learned to use the kitchen stove, are amazed at the wonders of a fridge, and enjoy how easy and fast it is to get clean clothes with their washer and dryer. They’re learning about how to hang up clothes, and the joys of visiting with friends left behind in the refugee camp in Thailand, with internet.

Since the family came out of quarantine, we have been blessed with record-setting warm weather and sunny days. A nice introduction to life in Canada. When winter arrives, there will be a whole new world to learn about. Thank you, Huron, for turning hope into a reality!”

Jane Townshend is the Chairperson of the Diocese of Huron Refugee Committee.

Featured photo: Moo Ku Paw with her family in their Windsor home