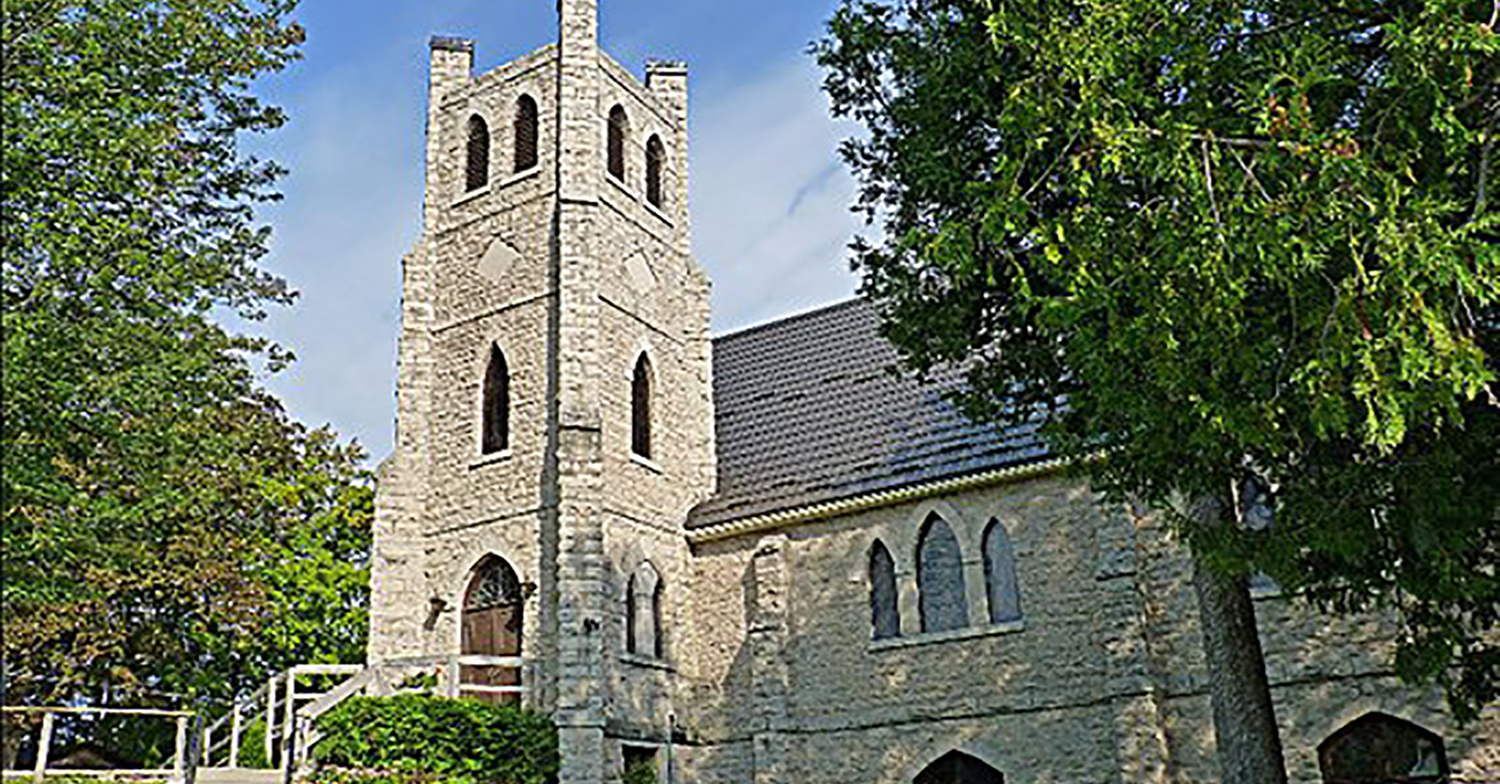 Trinity, Wiarton, has reached the milestone of the 125th year of the building — as well as 148 years of ministry — offering a time for reflection on the church’s history.

In 1867, the year of Canadian Confederation, Huron Bishop Benjamin Cronyn sent Rev. Thomas Campbell from Meaford to minister to the Anglicans who had settled in the tiny community of Wiarton on Colpoys Bay. They had been worshipping in a community log hall, which served all denominations in Wiarton until it burned down.

After the fire, a white-framed Anglican church, called Trinity, was built at the northwest corner of Mary and Gould streets. After covering points in Purple Valley, Hepworth, Bass Lake and Wolsely every Sunday, Rev. Campbell then took evening services in the little church in Wiarton.

The congregation in Wiarton soon outgrew the small building and in 1890 the current beautiful stone church was erected, with volunteer help under the direction of master stone mason Edward Kyte.

Many lovely stained-glass windows were given as memorials of loved ones to beautify the worship space. The small Sunday School also raised funds to donate a lovely window in its name.

Trinity began to make the building fully accessible in the 1990s, completing the task with the installation of an elevator in 2009.

Many thanks go to the parishioners for all their good works to make the church open to all.

The lovely stone rectory on the north side of the church was built in 1916 and has been home to all of our rectors since. It now houses Rev. Chad Honneyman.

Our ministry has changed and expanded over the years. We now share ministry with Anglican congregations in Tobermory, Lion’s Head, Sauble Beach, Howdenvale, and Cape Chin, and St. Peter’s Lutheran Church in Wiarton.

On Oct. 18, Trinity celebrated the 125th anniversary of the beautiful church building and 148 years of ministry with a special service lead by Chad and Ven. Graham Bland, archdeacon of the Saugeens, with wonderful praise music led by our organist Satomi Currah and David Nixon of St. John’s United Church in Wiarton.

Charlotte Ewbank is a member of Trinity, Wiarton. December 1, 2015