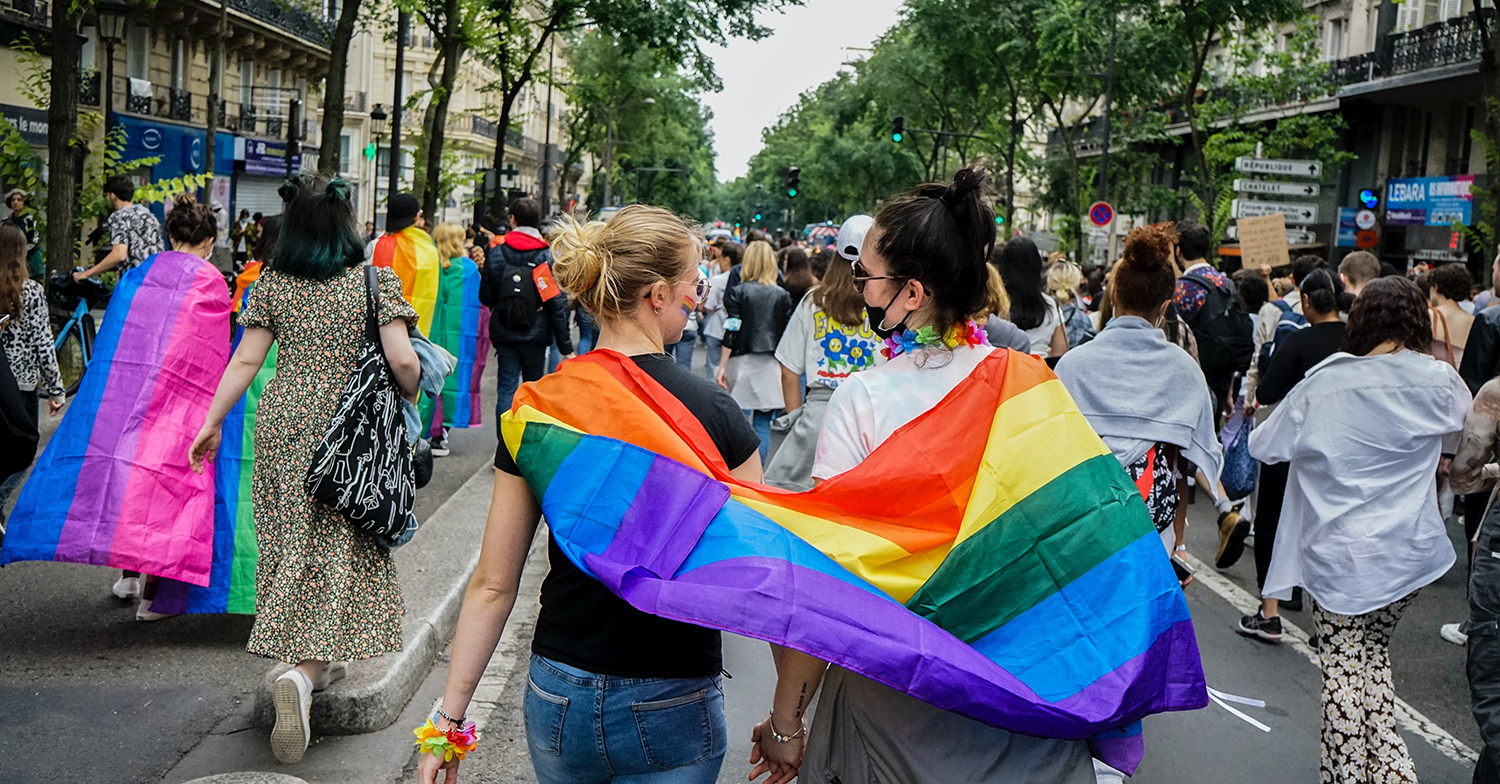 'Christ came to our bedside not in colours or robes, but in the veins of those women who wanted nothing more from us but that we live':  The unsung story of the Blood Sisters, the good Samaritans who defended and protected their gay brothers and others who had contracted the HIV virus.

There were many that helped - these were an exception in the beginning and not the norm. When no one would sit beside us, touch us, or visit us: they did. When there was a shortage of blood, they came in the hundreds and gave what no one else would. They gave us the blood from their bodies, to keep us alive.

Back in the early 1980s, before I was even born, there was a movement among the lesbian women in the LGBTIQ community to defend and protect their gay brothers as well as others who had contracted the HIV virus. Amidst a growing pandemic of HIV (especially in the United States), a group of lesbians who called themselves the Blood Sisters organized themselves into groups to do blood drives for gay men with AIDS - men who were desperate and in need of blood transfusion.

This was an almost scandalous venture, years before Princess Diana and Pope John-Paul II would have their iconic embrace of the AIDS patients. These women were Christ, the very embodiment of the Good Samaritan - one who does not help because it's easy, but because it's right, at a time when people saw us in the same way that Christ's people looked on the Leper.

These blood sisters are one of the reasons why the term L-GBT+ was adopted rather than the then popular G-LBT. The shift to LGBTQ as opposed to GLBT was a deliberate move to honour these lesbians who were primary caretakers to people, when nurses would not enter into the room of a gay AIDS patient, where doctors would speak to patients from the door.

At a time of a pandemic which claimed a generation of gay men, it was the lesbians who would care for us. There were many people who opened hospices. There were many religious and non-religious institutions that went out of their way to make people with AIDS feel human. But it was these ladies who came to our bedsides and sat with us...

It was these ladies who gave us dignity in our last hours. As a gay man I would like to thank all of those people, these unsung heroes, who worked so hard to help the members of our community suffering from HIV/AIDS at a time when we were lepers.

It is so strange to tell the story of a pandemic when we are still in a pandemic. Does anybody remember the gay pandemic, the gay disease? That time when an illness ran through our communities: a silent death, when our friends just started to disappear… disowned by families scared not just of our illness but of who we were. Our partners and loved ones were denied entrance for hospital visits. That time when we were isolated, hated, and abandoned.

Christ came to our bedside not in colours or robes, but in the veins of those women who wanted nothing more from us but that we live, and if not, that we die with the dignity of a human being. The church would come to our aid, and it did a lot, and still does… but they were not the Good Samaritans of every story. Hopefully, this is a lesson we have learned as a church.

I was still a gleam in my mother’s eye when the AIDS pandemic ravaged the world. I was in grade six when they devised the treatments that help people with HIV live long and normal lives. Before they invented the “Prep” pill that stops those who do not have the disease from contracting it, before they realized that a person with HIV+ who is taking medication and has an “undetectable” viral load was not able to transfer the virus.

The story of HIV in our community has come a long way since the 1980s, when a few of our lesbian sisters said they would not stand by and watch as their brothers and friends died, alone isolated and demoralized by a health system unprepared for a pandemic and a society unprepared to recognize the dignity of gay, lesbian, and trans people.

We will not forget: not the lives of those who were lost, and not the action of those people who reached out and held us as we died. I did not die, but my people did. I will and cannot forget the truth of what happened. Even as I celebrate that much of society has embraced my people…

I cannot forget what a blind eye of hate can do to me and those I love. I AM PROUD to be a member of a community that still packs into small squares and memorials to remember the lost generation of young LGBTQ2S+ people who died because the world didn’t have time for the “Gay Disease”. To this day churches still persist in seeing AIDs as a punishment from God, as if communicable diseases infected on command.

In the time of COVID, the world stopped to save the most vulnerable; but in the time of HIV, the world kept running right over the graves of those who were less desirable. Today, governments worked together - people went across the aisle to work with rivals, to make sure that those who are in need had their needs met. It became an imperative to find and isolate a vaccine for this illness to save the lives of the most vulnerable. But in the LGBTQ community, we remember a time when there was a disease that rocked our people. A time when the government turned a blind eye, a time when a pandemic that killed only those who were less desirable was able to roam free until it eventually caught on in other communities. It's hard to say these things. It's hard to think that so many died. It's hard to talk about how the people who did die were treated by the doctors, nurses and families they had grown to depend upon - cast out and left alone.

There were many who came to the aid of the LGBTQ community: all of them should be celebrated, but on World AIDS Day this year (December 1), I would like to celebrate the unsung heroes of the lesbian blood sisters.

These vulnerable groups of women were willing to put their lives on the line, or at least until they knew how the virus was spread. They did this to remind us that, while we may be a long string of letters in the LGBTQ2S+ community, we are a community that lives and dies together for the freedom to love. The community has never been one in that we are all the same - the lesbian community is as different from the gay one as the trans are from the straight community. We don’t band together because we have the same likes; we band together because we have the same rights. We have pride in our ability to stand together, we have strength in our ability to support each other and we have sadness when society ignores things like AIDS, or the ongoing abuse and murder of our trans people. Our strength is in our community, and we honour this today - and every day.

Bro. John-Paul Markides CFC (He/Him) B.A., MDiv, MTS is a Fransican Friar (Community of Francis and Clare), and a member of the Proud Anglicans of Huron.

Finding God in difficult moments How to protect your church from a cyberattack Bishop's Announcements - January 16, 2022