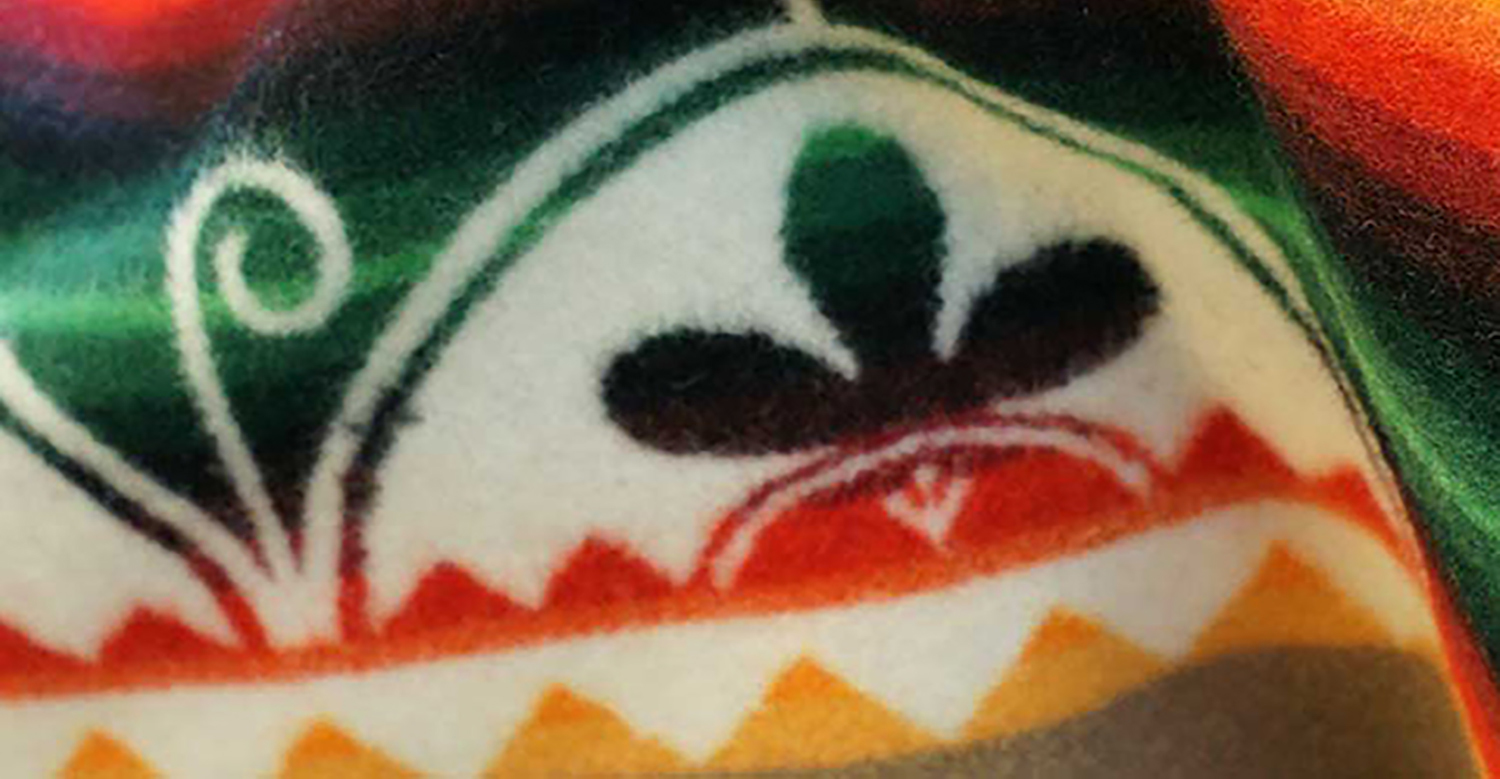 Rev. Rosalyn Kantlaht’ant Elm has shared a way to walk together inspired by Isaiah 40: 25-31, to respond to our calling and build a relationship of justice with truth telling. Her reflection is accompanied by music (Scott Knarr, Eastern Synod of the Evangelical Lutheran Church Three Rivers Ministry @ Six Nations Grand River Territory)  and intercessions (Rev. Janaki Bandara Eastern Synod  of the Evangelical Lutheran Church and Member of Primates Commission on Doctrine of Discovery). You can upload the document HERE.  (text: Isaiah 40:25-31)

It seems like the transition from settler to sojourner should be relatively easy.  If one would simply read more books, attend more events, the awareness, the ‘woke-ness’, will settle into our bones becoming a part of us seamlessly.

And yet, the path we walk is so much harder as we make our way towards reconciliation.  While I believe this is no bad thing, there are problematic issues for why this is.

One question we must ask ourselves is: “Has Truth and Reconciliation become an industry?”  With lawyers and consultants hired to deal with the idea of ‘duty to consult’ when speaking with First Nations, schemas for teaching the history of injustice to Canadians packaged and trademarked; it seems as though a capitalist veneer has been painted upon the TRC initiatives.

It leaves non-indigenous and indigenous people asking what does reconciliation really mean?  What does it entail?  Giving way to new buzzwords like indigenization and decolonization, are these words part of the apparatus of the ongoing injustice?

And worst of all for us is that, as we as Canadians and Canada’s First Peoples make our way through this chasm of injustice, for people of faith and even the wider secular society, theological concepts like propitiation, expiation, and, yes, even reconciliation, go unfounded and unexplored. What is it then that leads us to clear these lands for rebirth, a new way to walk together in the face of injustice?  What is it that will take us from the sentimental stasis of nostalgia and the seductive futility of vengeance?

For the ancient poets, creativity and morality resided within God; it is the Holy One who asks “to whom will you compare me?  Or who is my equal?”  Asking the people to lift up their eyes and look to the heavens, asking who made these?

These are people who have lost so much it seems irreconcilable, it seems as if the world as they see it, in its worst version, has settled around them.  But God comes forth, and fortitude, steadfastness, and faithfulness are undeniable.  “Have you not seen, have you not heard?”  God’s promises are the hope in which they live.

In this way, the ancient poets describe a way back from desolation, from fear and violence, and this is their relationship with a faithful God.  This way back, or rather, the way forward, is a communal reconciliation with God and with each other.  It is a return, a restoration of Israel’s righteousness through a renewed relationship with God.  This is their identity as Covenant people and created beings; their land is the land of the just and the ethical.  With the people in right relationship with God, in active participation in the missio Dei, they are enacting their identity, living into their call and purpose.  This is to soar with the eagles, to let go of what binds their feet and clips their wings for a greater power.

University of Chicago Philosophy professor, Johnathan Lear, introduces the reader to Crow Chief Plenty Coups, who with his nation faced the devastating loss of their hunting tradition, lands, and their identity among other tribes.  His book, Radical Hope, describes this loss as a loss of concepts with which the Crow people could construct a narrative for life.  “This is a real loss, not just one that is described from a certain point of view.  It is a real loss of a point of view” (10).

This description of the loss of concepts or point of view is a loss that our peoples have also incurred.  The inability to live out our narratives through the victory of the buffalo hunt, to the insistence of survival and steadfastness in intertribal conflict, to the rituals and narratives of Creation, thanksgiving and identity; when these are lost, life stops happening.

Rev. Rosalyn Kantlaht’ant Elm with the Lieutenant Governor of Ontario

We, like the Ancient Israelites Isaiah is speaking to, have suffered real loss and trauma, generational loss and trauma, community loss and trauma.  This passage of a prophet talking to an exiled people who have lost everything that defined their lives – homes and land, family and identity, and to some extent, even their faith – it is hard to understand the depth of this despair and bear strength of this hope within a privileged North American existence, never shaped by forced migration, devastation and war, or diaspora living.

The deep vulnerability that the people are feeling, that God has forsaken them or that God has succumbed to the Babylonian pantheon, their land gone, marched on to a foreign empire; this is what Deutero-Isaiah must give new hope and encouragement to, when he assures them that God is not only with them but also the creator and ruler of all nations.

Through the corpus of exile literature, we hear mourning, lament, worry, despair, and yet in these darkest chasms indifference was not found in the voices of the prophets and preachers.  Indifference is oftentimes a soothing balm in the midst of despair as it allows us to take our eyes off the prize, allows us to turn away from suffering, and most tragically, to turn our backs on hope.

Plenty Coups in his life was a dreamer, he was encouraged at a young age to go into the wild for his vision quest.  The vision he would have is the death and rebirth of his people, an anticipation that would be uppermost in the minds of his elders and himself as a growing leader.  What we find in this story is the wisdom of the Chickadee who, while diminutive, is willing to work for knowledge and to live life as a listener and a learner, rather than violent, human certainty.  It is in these realms that the Crow would maintain themselves as Crow people and grow into their future selves as different yet unchanged.

In these dreams, Plenty Coups came away with courage and virtue that allowed him to describe to his people a new interpretation of being Crow, in the midst of cultural devastation and loss.

This is paralleled in the ancient people of the Southern Levant who, on the precipice of the devastation of their dreams of the Creator and all that He gives, their dreams of being under one moral and creative power was described by Isaiah in such a way that the people could maintain their personhood while living in and coming out of exile.

With the world in the state that it is, with such widespread injustice, greed, oppression, and cruelty, it can seem terribly God-forsaken at times.  And when we are called to trust, to wait on the Lord, it can seem like passive, ‘thoughts and prayers’ thinking, apathetic and complicit in the evils of the world.  But this trust, this waiting is far from passive.  This waiting is dreaming hands clasped, it is hope as a prayer.  It is the active participation of a loving relationship between the Creator and His creation.  By placing God in the midst of creation, we do not construct a timeless being, we do not have a God that can be battered and bested by empires, but a God who is in ongoing relationship with the world.

We as Christians in this era of Truth and Reconciliation are part of a Kingdom Project that is not beset by capitalism or industry, but rather by relationship, community and a vision found in prayer and in the eschatological hope of Jesus Christ in which we are reconciled to God and to one another as allies, as family bound by compassion, love and mercy.  This is not of our human mind but in the creative and moral imagination that we share in that Kingdom Project.

Hope is real, my brothers and sisters, dreams tell us true things, and we can be transformed in relationship with God and with each other.  We are called to build a land of justice and righteousness; called to name all places where God’s creation exists our responsibility, our charge.  We are called to treat one another with love, not the political correct toleration of the day, but to truly be compassionate in the way that Christ is compassionate.

We are in incarnational relationship with a transcendent God, who above all things holds us to a divine standard, a higher standard of what is right and good.  We have doubted, we have feared, but not one of us is missing, not one of us will not soar.  Spread your wings, let go.

Rev. Rosalyn Elm is the Diocesan Animator for Reconciliation and Indigenous Ministries