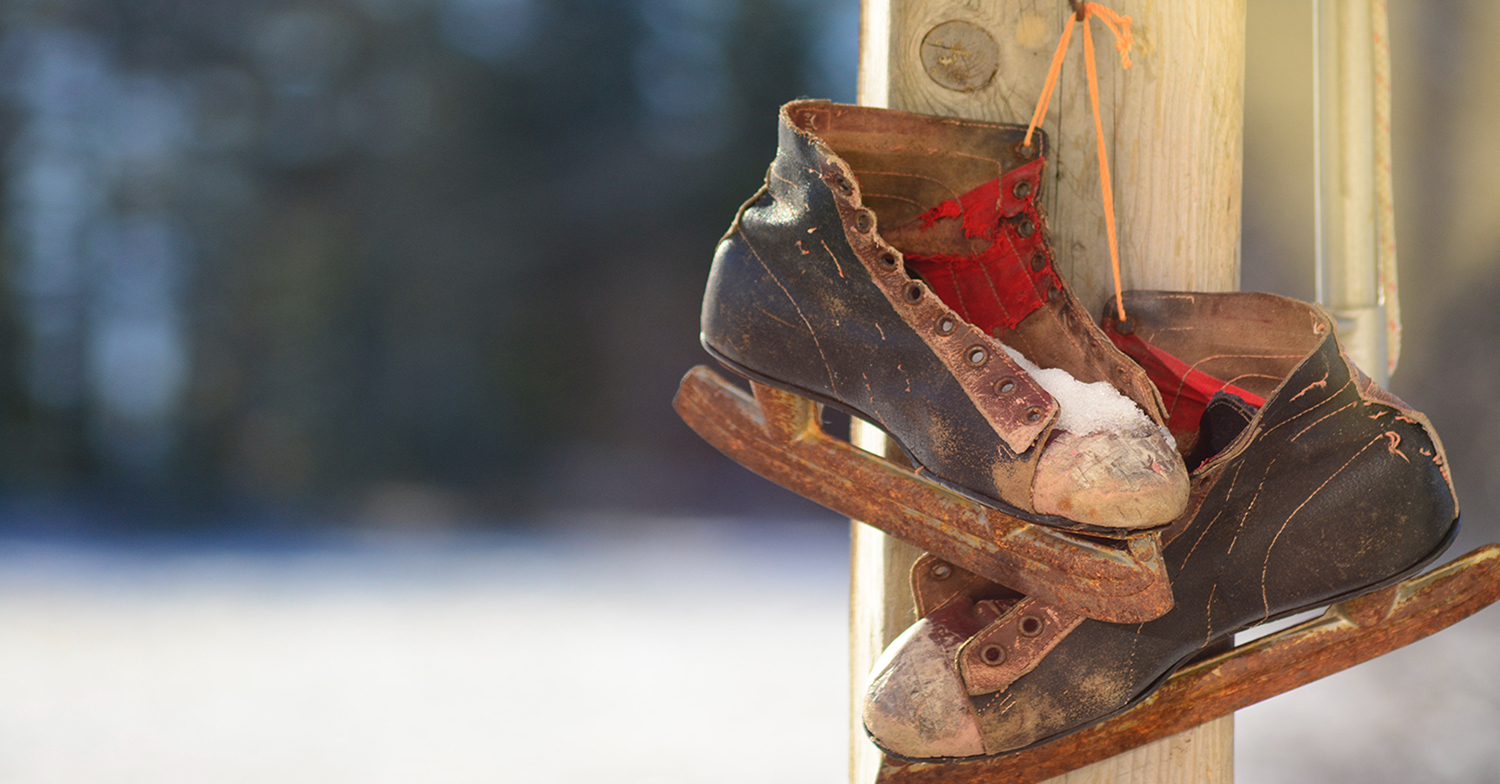 It has long been said that hockey is almost a religion in Canada.  Under that guise, this column and the next will qualify for inclusion.

Thanks to my loving wife and her determined search of the internet, I am now in possession of a copy of the book “Scrubs On Skates” by Scott Young. I have long wanted to be reunited with this book which I had almost memorized as a child. Originally published in 1952, it is the story of a star high school hockey player in Winnipeg, who has to change to a new school due to boundary changes.  From a school with a long tradition and many championships, Peter Gordon finds himself at a school with the cast offs from every other team.  He reacts by sulking, until called out by his new mates. Together, they pull together a team ready to challenge for the city championship.

As I wended my way through elementary school in the 1960s, I signed this book out of our library time after time after time.  I have this fuzzy memory of looking at the sign out card one day and my name was seemingly on every line.

Now, I wasn't much of a hockey player.  Skating skills eluded me, and given that this was an era in which the good players got all the ice time and the not so good, like me, spent most of our time watching from the bench, I quickly lost interest and quit hockey, something I have always regretted.

Scrubs on Skates, however, always brought me hope.  I didn't remember why until I read the book again, for the first time in more than 50 years. I was surprised how much of the plot that I remembered with considerable accuracy, but it was when I read the name Bill Spunska that the reasons for loving this book came back to me.  Spunska had never played hockey before, a recent immigrant to Canada.  He tried out but didn't make the team.  That sounded all too familiar.  But then this strange thing happened.  Spunska was allowed access to an old arena at 6 am every morning to practice, no charge.  Not only that, Pete Gordon and Vic DeGruchy, the two leaders of the team began to show up and help him out.  In the next to last game of the year, Spunska was inserted into the line up, when a team mate was suspended.  He assisted on the game winning goal after having been a whirling dervish on skates through his first ever game.

That's why I read the book over and over.  It gave me hope that I might someday get a chance. It was the dream of every kid who sat on the bench and watched!

A quick aside.  The book is full of references to end to end rushes, especially by defensemen.  It was commonplace in the NHL of the time.  Scoop up the puck behind the net, push it out in front of you and go straight up the ice at full speed.  It usually ended with a significant crash of bodies, or a great scoring chance.

Other than a one-year career in an industrial league, I never really had a chance in playing hockey. I did however cover hockey at the highest level as a radio sportscaster for more than a decade.

The feeling of hope that emanates from Scrubs on Skates has always been a part of me.  I've tried, and failed a few times.  But there have been times of success and I think it is fair to say that I have, at times, been able to give hope to someone else that they could reach their dreams.

I have to admit that I was mesmerized as I read the story of Scrubs on Skates again.  A warm and comfortable feeling and a heaping help of nostalgia! It was just like it was back in school days, I couldn't put it down even though I knew how things would turn out.

But there was one surprise.  A moment in the story that I had forgotten.  A moment that might well have seemed a bit controversial.  The book took on the issue of racism in sport, in 1952! The pain of hearing racial slurs from other players on the ice was presented clearly.  A lengthy suspension resulted to the player who was found to have used these slurs. A stern warning given to all players in the league as to what would happen if another went down this path.

That there was hope given for equality so many years ago, gives me increased hope today that we can continue on a path to see everyone treated with respect and inclusion.

Next month, some thoughts on the autobiography of Fred Sasakamoose.  A residential school survivor, the first Treaty indigenous player to skate in the NHL, a man who found himself lost when his time in the game ended, and more importantly someone who found their way through the pain of all that happened to him, to become a role model for indigenous people. The book was also part of my summer reading and it touched me in many different ways.