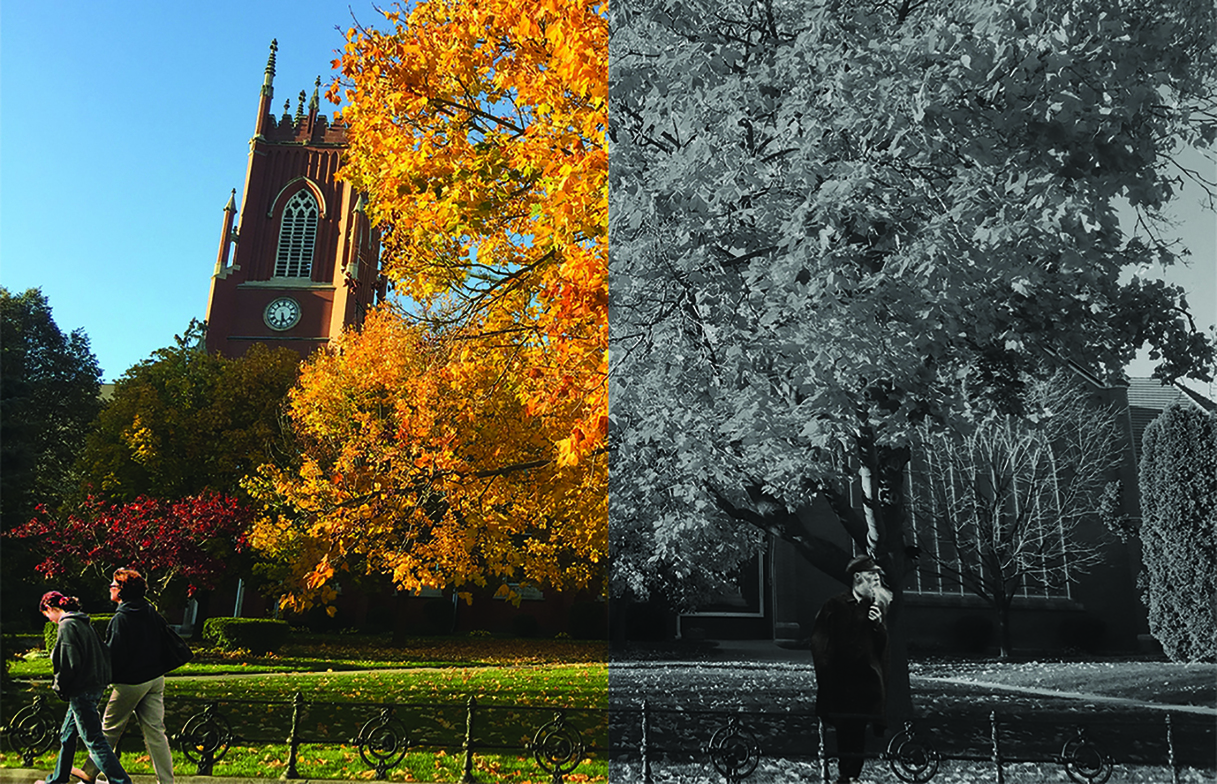 Churches in Huron were closed during the Spanish Flu pandemic of 1918-1919. Just like today, in the COVID-19 era, local congregations had to find new ways to provide their ministry.

For three weeks in October of 1918, the Spanish Flu ravaged London and the entire area of Huron with great severity.

Schools, theatres and all public venues in the city of London were closed. A second wave returned in the winter of 1919.

Orlo Miller in his history of London (London 200, published in 1992) devotes considerable attention to the effect of the Spanish Flu on Londoners. He estimates that one in six Londoners was affected.
The three-week October closure applied to all Anglican churches in London. This is confirmed in histories of Cronyn Memorial Church by Colonel Francis B. Ware and of St. John the Evangelist by J.D. Purdy.
It is reasonable to suspect that the closure of churches was by order of London City Council or the city’s Board of Health (or its equivalent in 1918).

Churches were also closed in Delaware in October-November 1918 (for three weeks), and in Owen Sound for the entire six weeks by its Board of Health) and also in Ridgetown.

The archival record is not clear on the information if the Anglican churches closed in Delaware and Ridgetown were closed by their Boards of Health at the town, township or county level or if that was an initiative by the churches themselves.

Though we have no confirmed data it is almost safe to say that other churches throughout the Diocese were closed as the disease spread exponentially from one person to another.

Church services and other religious activities were suspended. In a Pastoral prepared by Bishop David Williams, dated November 4, 1918, he asks clergy of the Diocese of Huron on the authority of the Primate, to quote from the Pastorale:

"This is to notify you that all those Parishes which owing to influenza... did not hold Children's Day Services on the third Sunday in October are asked to do on the last Sunday in November (the 24th)..."

And as we do today by moving our church online, the Anglicans in Huron in 1918 scrambled to use the then available media platforms. In Owen Sound, clergy were invited to preach “sermonettes” for publication in the town newspaper. The Report of Committee on Social Services found in the Synod Journals for 1918 and 1919 makes reference to deceased priests and their cause of death. Descriptions such as “his ministry was a brief one”, “owing to failing health”, “compelled to give up his ministerial work”, “after administering to the sick” and “he contracted influenza” provide a hint, either suggestive or clearly, that the priest died from the Spanish influenza.

In London the first cases reported were five bandsmen from the 1st Battalion of the Western Ontario Regiment located at Carling Heights on September 30, 1918. The pandemic quickly expanded from there to throughout Southwestern Ontario

It is interesting to note that in the midst of a world-wide pandemic, the authors of the Report were more concerned with venereal disease, the cause - a consequent lapse in moral standards!

John Lutman is the Diocesan Archivist.