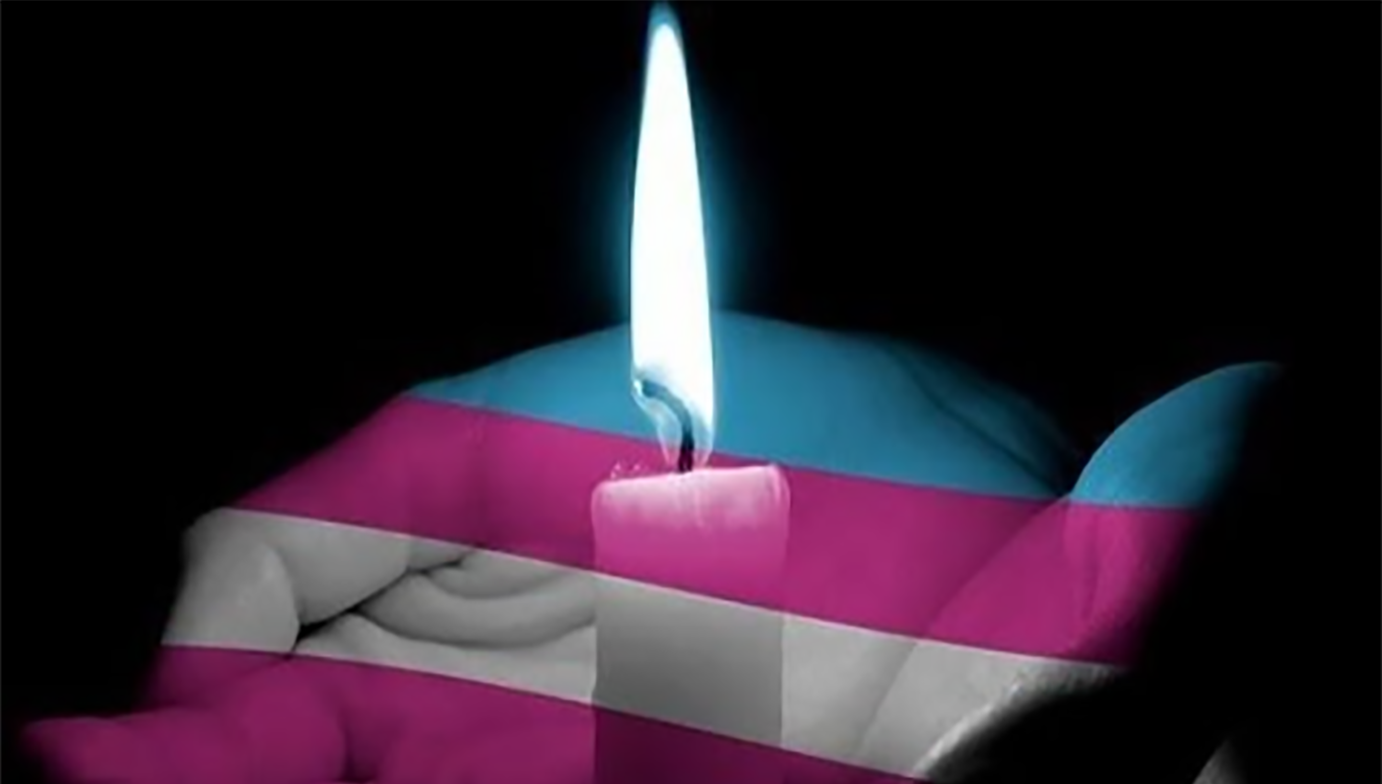 Transgender women of colour in the United States have an average life expectancy of 35.

Since last year’s Transgender Day of Remembrance, there have been 326 reported deaths of transgender and genderqueer individuals, consisting of individuals from 31 different countries. The most common methods of death include stabbing, gun violence, strangulation, stoning, dismemberment, torture, beating, and lynching. The victims are often misgendered and deadnamed by police and media; their bodies are also not always claimed by family, and remain unnamed.

Ashley Moore (26 years old, New Jersey) was found with ligature marks on her legs, a grossly swollen and disfigured neck, and rectal bleeding. Ashley’s body was cremated without an autopsy, and her mother was never notified by police that Ashley had died.

Julie Berman (51 years old, Toronto) came up to the open mic at the Trans Day of Remembrance even in 2017 to speak about transphobia, and to honour the memory of a trans friend who had been murdered. Julie was murdered just over two years later.

Rajathi (38 years old, India) was a priest. Her mutilated body was found inside the sanctum of the temple that she ran. Her severed head was left outside the temple premises.

As the Transgender Day of Remembrance draws closer, we must ask ourselves what we are called to do as people of faith. In considering our response, we are reminded of the third and fourth Marks of Mission:

Trans people are in need of love, support and acceptance from faith communities, from which we so often experience segregation and marginalization. As people of faith, we should seek to not only support our local siblings in Christ, but to transform a society that oppresses those siblings and subjects them to violence causing us to need a Transgender Day of Remembrance.

As we approach November 20th, consider reaching out to local queer and trans* organizations to find out how you and your church community could support them. Attend a local or virtual vigil to commemorate the victims of transphobic violence – if there isn’t a local one, or there isn’t a faith-based one, consider hosting your own. Fundraise for a charity that seeks to care for the transgender community. There are excellent resources available online and ways to connect with the transgender community for support in the process.

“There is neither Jew nor Gentile, neither slave nor free, nor is there male or female, for you are all one in Christ Jesus.” Galatians 3:28

We are all part of the precious body of Christ, and we are fearfully and wonderfully made in the image and likeness of God. God’s love is inclusive for all people: lesbian, gay, bisexual, heterosexual, transgender, cisgender, two-spirit, queer, and everything in between. We are called to make sure that our siblings in Christ know that they are loved, precious, and children of God. Please – take November 20th as an opportunity to reach out to local queer and trans* organizations, build community partnerships, and make a difference in the lives of the queer and trans* people in your congregation and community.

The time is now and the power is in your hands: will you love your neighbour as God is calling us to love?

Sydney Brouillard-Coyle (ney/nem) is the Co-Chair of the Proud Anglicans of Huron.