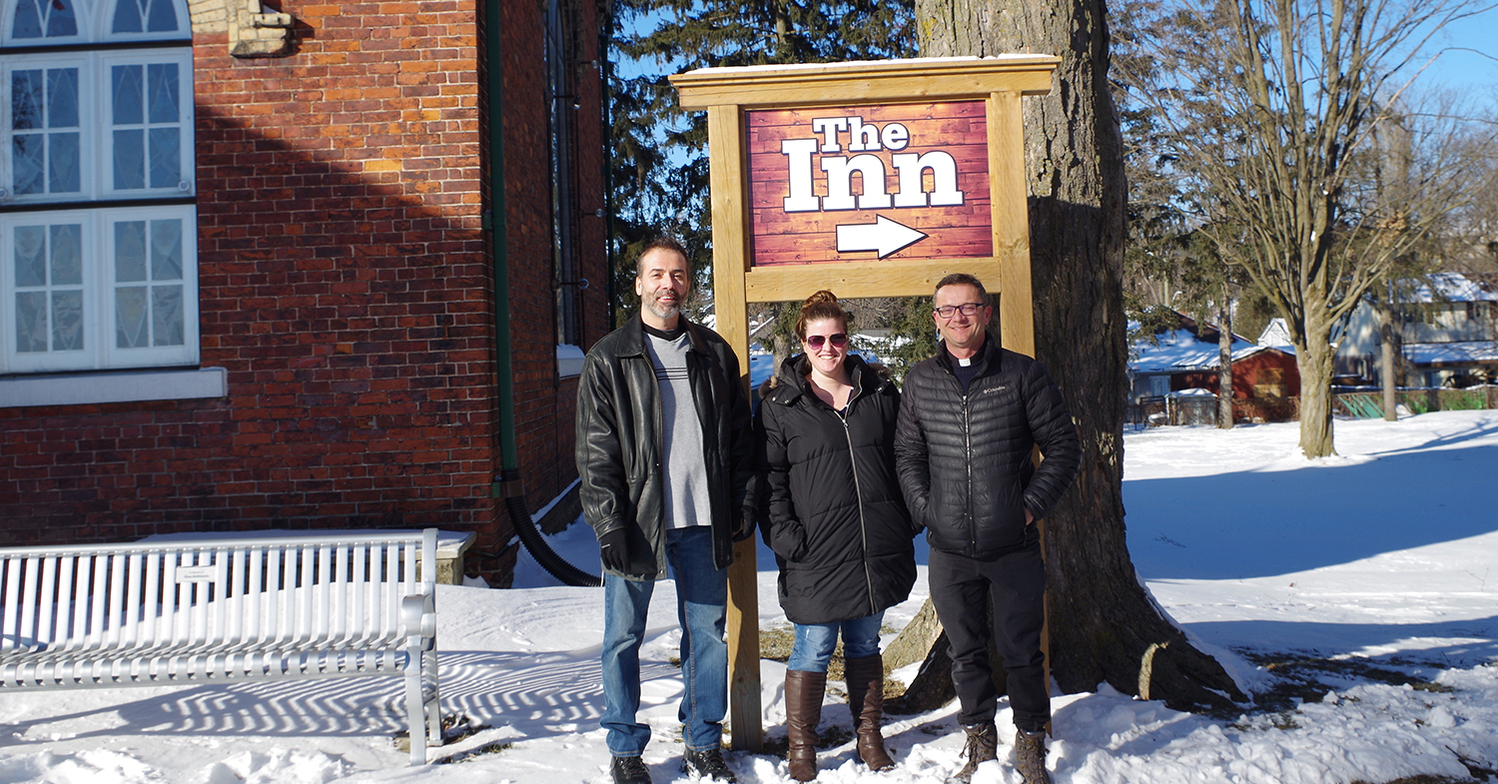 While many big cities struggle to provide shelters for the homeless – as highlighted by January’s deep freeze – an Anglican church in Woodstock manages to offer this kind of service all year round.

The Inn of Oxford, or simply The Inn, is situated at Old St. Paul’s Anglican Church, Woodstock, and it represents the only homeless shelter in all of Oxford County.

It has been serving the population of over 100,000 people for the last 14 years as a three-way mission run by the Operation Sharing, an outreach organization from Woodstock, Oxford County and Old St. Paul’s Church.

Since May of last year, the program has been going all year round.

“Homelessness is becoming a bigger problem as the city of Woodstock grows, so it’s not just a seasonal problem now”, explains Watson.

That is why Oxford County approached the Operation Sharing with a suggestion to start providing shelter service throughout the year and people at Old St. Paul’s also agreed to come on board.

The funding provided by the County is minimal, just a staff of two. Everything else – cash, clothes, food – are donations of residents and business of Oxford County.

“Between the staff and volunteers we keep it going all year round”, says Watson adding that it would be impossible for The Inn to function if it were not for St. Paul’s and the members of the community.

The capacity of The Inn is 18 people and the staff takes care of eight to ten people per night on average. During cold spells, like the one in January, the Inn serves about 12-16 people.

The Inn offers more than a meal and a place to spend the night in. The staff of two work with other agencies in the area to provide different kinds of support for their guests.

“It’s not just a place for people to come and sleep. We work on getting them housing, or helping them to find a support that we do not offer here – like going into some kind of a treatment program that they need”, says Watson.

“There are some people who are here for a while, and the point is to try to help them to move on, to try to get them where they need to be on their journey, to see what’s holding them back and what kind of support they need.”

The Inn has witnessed some of its former residents moving into their own apartments, usually through a community housing organization.

“Two people came in just last night to let us know that they’ve got their housing and to take their belongings. We’ve been able to help three to four people per month to find housing”, comments Watson.

Sue Pieters has been a member of Old St. Paul for her whole life and now she works for the shelter as the public relations manager getting the word about The Inn out. Changing the view what homelessness is, especially in the Oxford County is one of Sue’s priorities.

She insists that homelessness is not just what you see in the big cities:

It’s more personable, says Pieters and adds that some of their volunteers are people who used to stay at The Inn. “They want to come back because they want to thank The Inn and provide help for those who need it.”

Both Pieters and Watson agree that the church plays a crucial role in the work of the shelter. The members of Old St. Paul do the renovations of the shelter regularly. Switching to the year round schedule certainly required additional efforts.

“Old St. Paul’s organized a few concerts in support of the church and the receptions were the donations for The Inn, so we raised $1,000.00”, says Rev. Robert Luxton, the rector of Old St. Paul’s.

Rev. Luxton has been in Woodstock since 2014. He has his share of experience with church outreach programs – he was involved in the meal program while serving at St. John the Evangelist in London for 13 years. His energy is now focused on The Inn.

“It is important that we have this outreach here. It’s amazing how many people come through here wanting to help.”

His position on this kind of outreach is clear – he considers it a major part of ministry:

“We worry about the Church and what its future is, but when we are doing this kind of work, people acknowledge that Church matters. That’s good publicity.”