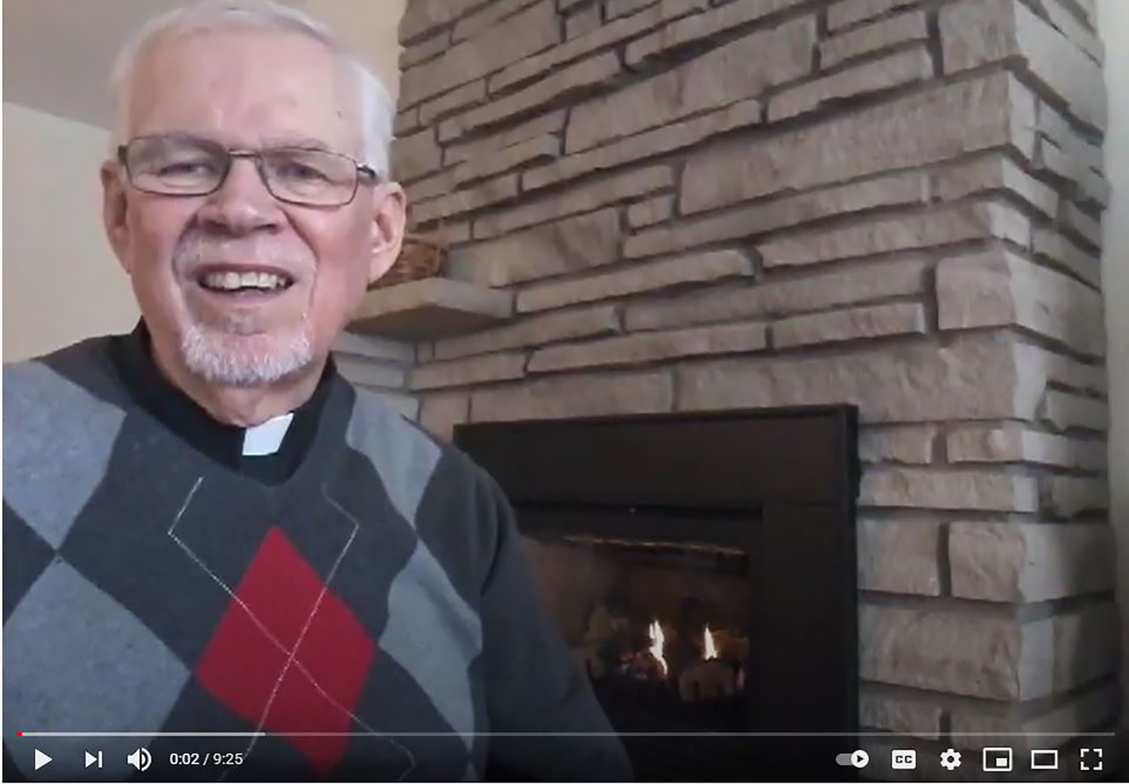 Rev. Jim Garey has been the marathon man of Evening Prayer during the COVID-19 pandemic, posting the service on YouTube every day except two since March 2020.

Jim, a retired Lutheran pastor who is an honorary associate at Church of the Ascension in London, said he started the daily project a couple of weeks after the pandemic began, when he realized Anglican churches in Ontario would not be reopened for Holy Week.

“Because we normally have daily services during Holy Week (at Ascension), I thought I would do that,” Jim recalled. “Immediately I started getting reactions from people and quickly those reactions were: ‘We hope you don’t stop after Easter.’”

Jim initially saw the project as “a little glue to help hold the parish together.” But viewers began sharing the links he posts on Ascension’s Facebook group and his own Facebook page with their friends, and Jim has noted followers from other parts of Canada, Europe, Latin America, and the Philippines.

Jim has made some changes along the way.

Besides the Canadian version of Evening Prayer, he has also used the services from Anglican churches in New Zealand, the U.S., England, South Africa, and South India, as well as similar services (slightly revised) from the Lutheran, United, and Roman Catholic churches.

He has added a segment noting significant dates on the calendar, ranging from saints’ days to promotions like Sleep Well Day. In the summer, he began including a meditation.

In late December, his goatee disappeared.

Jim expects he will continue until the limits on numbers attending churches are lifted “and we feel safe being there.” “I’ve been having a lot of fun with it,” Jim said. “It feels occasionally like it’s a chore until I sit down and do it and then it feels like fun again.”

Sandra Coulson is a parishioner of Church of the Ascension, London