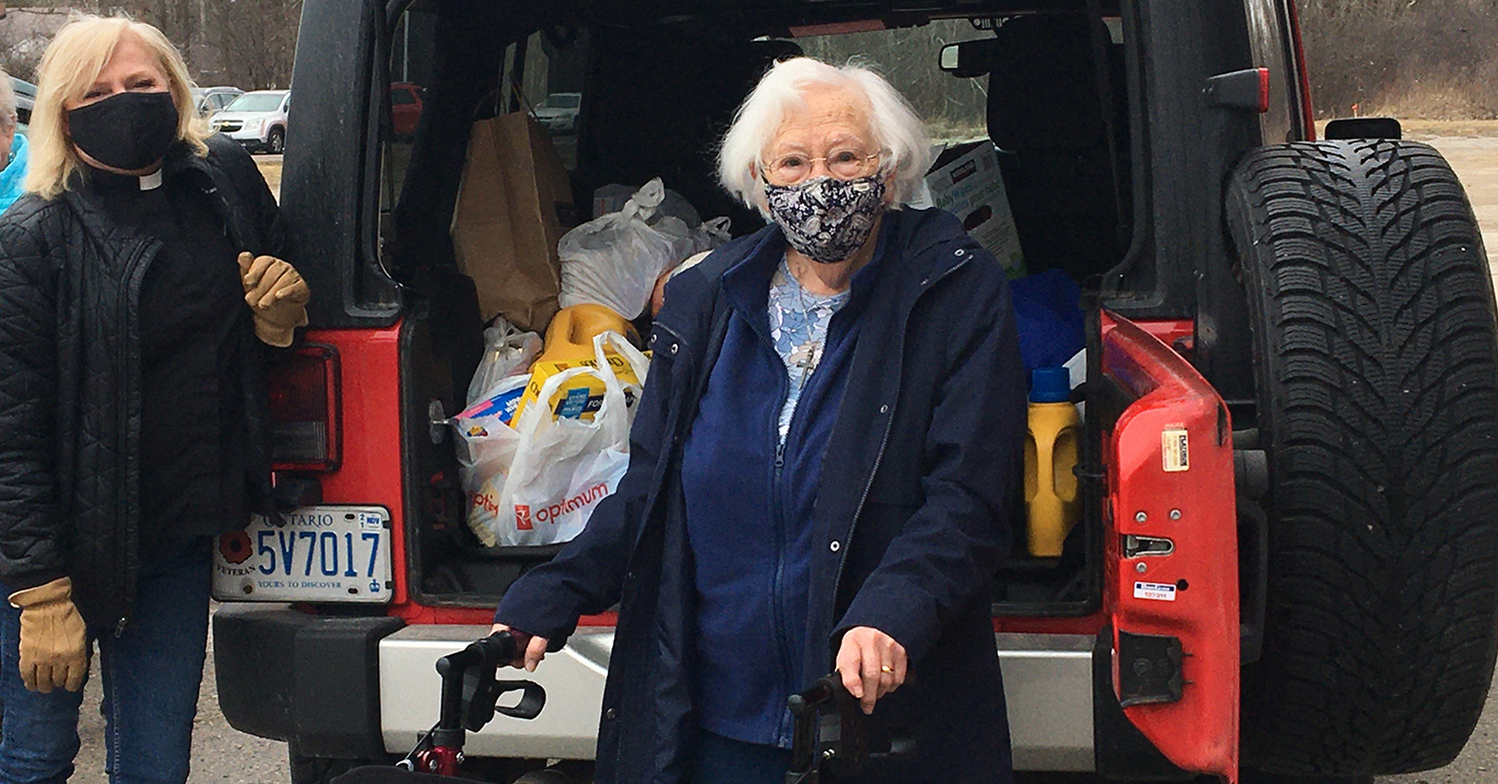 Each Thursday morning, Rev. Canon June Hough pulled into the parking lot in her bright red Jeep and opened the back to take in a collection of goods for outreach charities in the city’s east side, where Ascension is located.

Among those helped were the Anova abused women’s shelter; Humane Society London & Middlesex; the Youth Opportunities Unlimited youth shelter; Project Hope, which serves to fill the gaps in social services; and Winter Interim Solution to Homelessness (WISH), an 18-agency coalition that through the winter helped those who struggle with traditional shelters.

“Lent is a really good time not only to give up stuff but also to reflect on what God is asking of us,” June said. “What God is asking of us is the Great Commandment. It’s not giving up; it’s giving back. That’s what stewardship is. If we take up charity, if we give back what God has given us, then we live out the Great Commandment. We can give up coffee, but unless that improves our relationship with God, what does that mean? Hopefully when we do this, people start to think about their relationships with each other and ultimately with God.”

The response from the Ascension congregation was strong, and on at least one occasion, a carload also arrived St. John the Evangelist Church in London.

“I thought people would get tired of me asking every week, but it hasn’t been like that,” June said. “People are like: ‘Okay, what’s next?’ ”

As for the organizations that have a packed Jeep show up at their door, June said, “People have really been surprised by how much they’re getting.”

She said she chose Thursday mornings because that’s the only day of the week the church office is open during the pandemic, giving people an opportunity to do any business they might have with the office at the same time.

“It reminds us we’re a community that gathers here as well,” June added.

So it wasn’t surprising that often people didn’t just drop off items and leave. “People get to see each other and get kind of excited about that,” June said. “They want to hang around and talk. They keep social distance, but there’s an excitement to connect with each other and talk and joke around and laugh and see people they haven’t seen in a long time face to face.”

Sandra Coulson is a parishioner of Church of the Ascension, London.