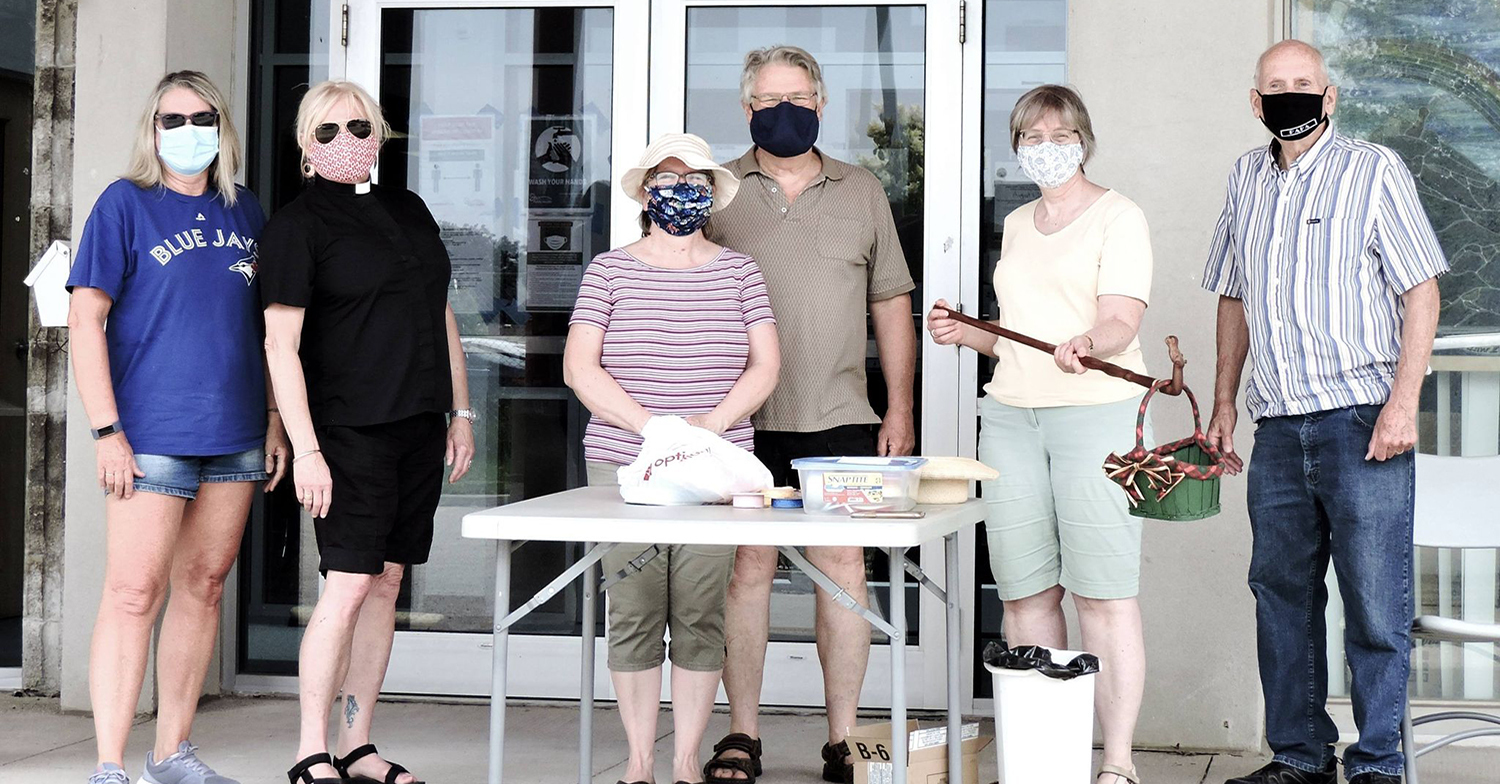 While many of us spent the spring obsessing about when, where and what kind of COVID-19 vaccine we would get, the new Vaccine Equity Fund reminds us we won't truly be out of the pandemic until everyone on Earth has access to shots.

So Ascension PWRDF parish representative Sandra Coulson challenged people who had received at least one jab in the arm to pay it forward by supporting the fund, which will help provide PPE and other supplies for vaccine rollouts among PWRDF partners.

Donors were given a prod by being told the estimated cost of their vaccines, ranging from $5 for AstraZeneca to $35 for Moderna and PfizerBioNTech, according to media reports. And Ascension promised to tie a brightly coloured ribbon around a tree at the front of the church for every donation, as a sign to the community.

The challenge also went out to all churches in Huron Diocese's London Deanery, resulting in some generous gifts, including a major one from St. John the Evangelist Church in London.

Jabba Dabba Doo was designed primarily as a drive-thru drop-off in the church parking lot for an hour on Sunday, June 13 -- although many of those dropping off donations instead parked their cars and took the opportunity for safely-distanced visits with others they hadn't seen in person for a while because of the pandemic. London Anglican churches had not been open for in-person worship since Palm Sunday.

As well, PWRDF set up a donation page for online giving, which had brought in 15% of the total as of June 13.

By the day of the drive-thru, Jabba Dabba Doo had collected a total of $2,758, with more still coming in on the online donation page after that.

Photos (above): Ascension members Nancy Clarke, Rev. Canon June Hough, Linda and Russ Braley, Sandra Coulson (with physically distanced collection basket), and Bob Thompson celebrate the success of Jabba Dabba Doo for PWRDF's Vaccine Equity Fund. They're smiling -- honest!
(Below): A tree in front of Church of the Ascension in London, Ont., was decorated with a ribbon for each donation to PWRDF's Vaccine Equity Fund during the collection dubbed Jabba Dabba Doo.