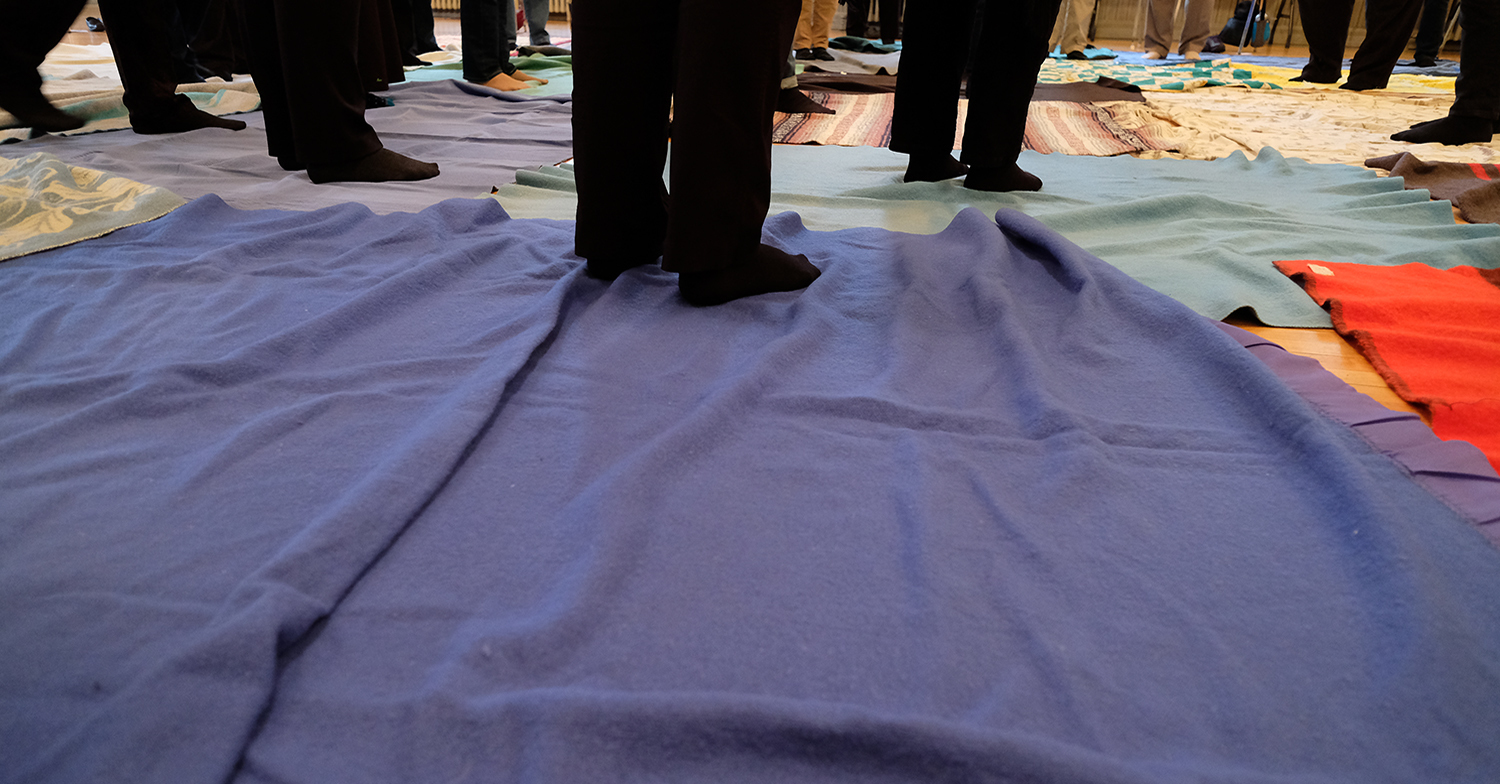 An eye-opening look at Canadian history from the aboriginal viewpoint was one of the highlights of the Nov. 7 stew night fundraiser for Council of the North, hosted for the community by Lutheran and Anglican Ministries of the Bruce (LAAMB).

The guest speaker, Jackie Tenute, an Ojibway woman whose family is from Cape Croker, led the group through participation in the “blanket exericse”, developed by the social justice group Kairos after the 1990 Oka crisis (www.kairoscanada.org/resources/order/).

At the start, we were given arbitrary names and had to use them to introduce ourselves by tossing a ball of string from one to another. Jackie reminded us that this was the government’s approach in the past.

Since officials did not know how to pronounce indigenous names, they assigned a familiar name that made it easier to register.

Once the introduction was completed and the string interwoven among group members, Jackie pointed out the interwoven nature of all people. She added Indigenous People alone have limited power to make change but with the connection to all of us, their voice can be heard.

The blankets were then laid out on the floor and decorated by Jackie to represent aspects of First Nation, Metis and Inuit life.

We all became the First Peoples of Canada before contact and arranged ourselves on the various blankets that became our homes. We enjoyed our own governance, spiritual ceremonies, and economy. When the Europeans arrived, we welcomed them and shared our land and our knowledge of how to survive the harsh winters and grow food. We entered into a treaty with Dutch settlers to co-exist peacefully. The wampum belt represented that agreement to live in peace, friendship, and mutual respect.

But as other Europeans came, things changed. The rulers of the countries they came from wanted land and the doctrine of discovery was introduced, stating that any lands of non-Christian peoples became the property of the Christian government that discovered it. The blankets began to be removed as more settlers arrived and forgot the treaty of respect and friendship. People left the blankets, representing those who died when disease was brought to our communities by Europeans. Blankets disappeared and people moved to blankets representing the government’s establishment of reserves to control the Indigenous People.

But we were a strong people and continued to live. The government was not happy. It did not see us as persons and still wanted to assimilate or annihilate us. So they took our children to schools away from home and family. The children were not allowed to speak their language. They could not come home except in summer. Some were abused, some died. Most were scarred and returned to their communities unable to fit in without language or cultural understanding.

More left the blankets. What a difference from where we began.The exercise was over and we returned to our seats to consider what we had experienced.

We then watched a slide presentation of the current reality for Indigenous Peoples. Although some progress has been made, injustice continues. Many reserves do not have clean drinking water. Aboriginal women have been murdered or are missing. The psychological effect of residential schools continues to affect each generation. First Nation people remain governed by the outdated and unjust Indian Act.

Where is the hope? What can we do?

These questions were on our minds as we concluded the evening with a sharing circle. Many reflected that the experience made real for them what they had heard or read. Some expressed frustration that Indigenous Peoples continue to experience third-world conditions. Many felt guilty that we have not done more and hope the new government will make a difference. Some expressed sadness to learn of events they had not known before.

Helen Wheeler is a warden of St. Andrew’s Memorial, Howdenvale, and chair of the visioning committee for LAAMB.