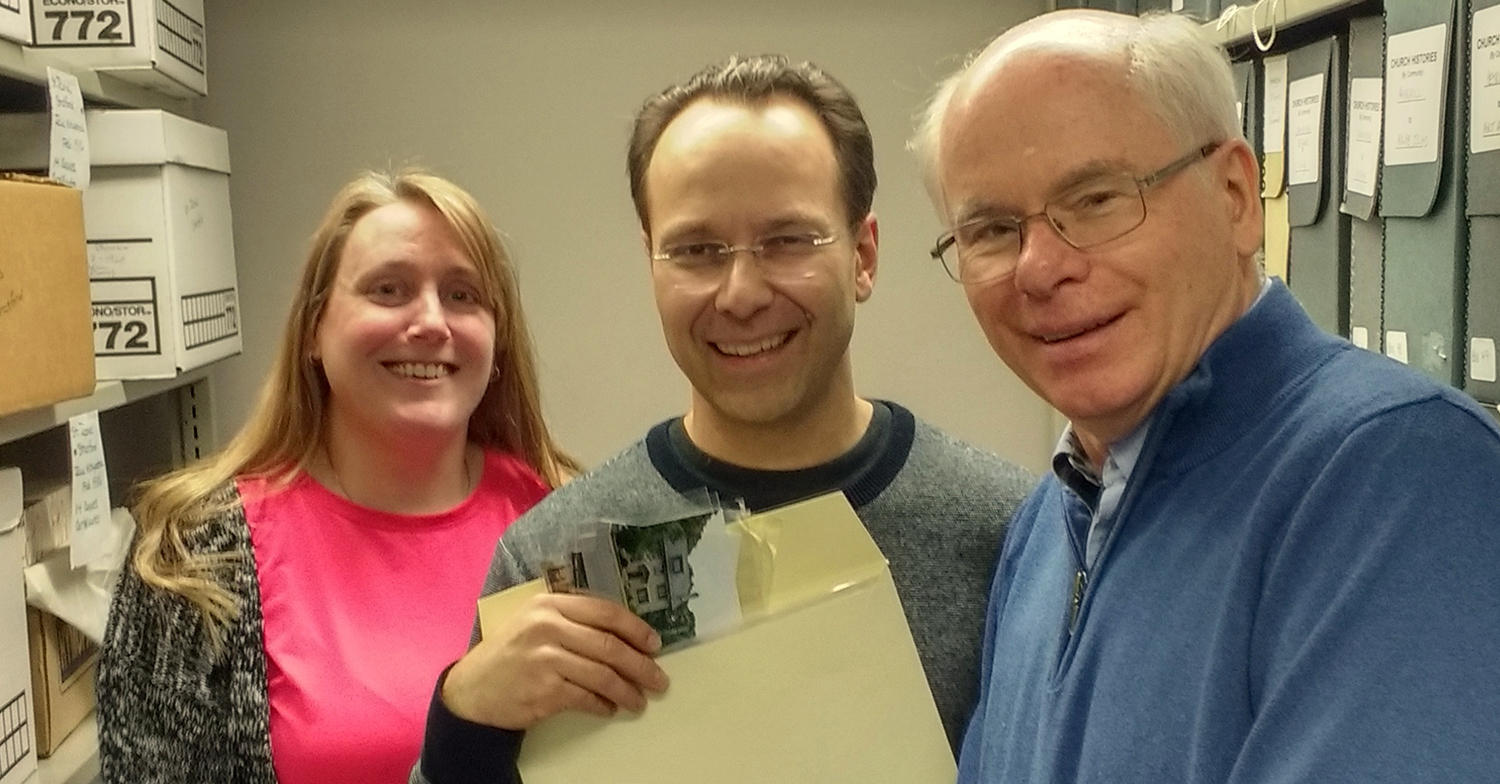 On Tuesday, February 5 the very last set of photo prints of Huron churches was submitted to the Church History File at the Huron Archives by photographer Michael-John Idzerda thus officially ending a three year long project of the diocesan property photographic survey.

The project started in November 2015. Idzerda submitted 3,230 images of 256 churches. He covered over 30,000 square kilometres and photographed diocesan property in all ten deaneries.

The first photos, taken on November 17, 2015, were those of St. Jude’s in Brantford. The last church Idzerda photographed was St. John the Evangelist Chapel at Huron College, three years later, on November 13. After that, it took two and half months to finish the processing of the photos he took in the last few sessions.

The photos submitted to the Archives on February 5 were of The Trinity Church in Wiarton. The reason they were deposited last was the place of Wiarton in alphabetical order of churches in the Diocese of Huron.