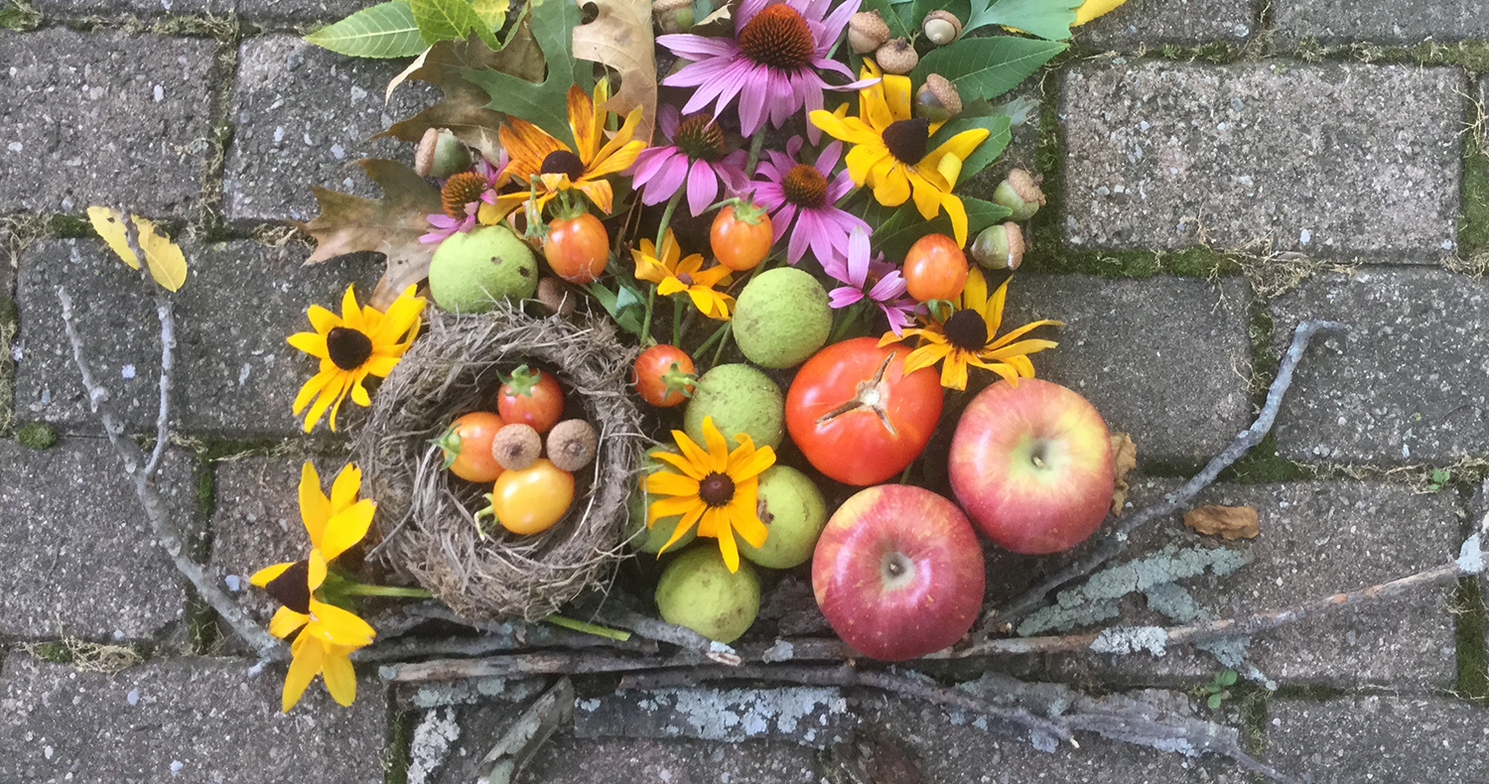 Did you know that 99% of the time that humans have lived on earth, we have lived as hunter-gatherers?

During this time, small groups of humans lived off the land and had very little impact on the world around them. They travelled over a large area to eat food that was available seasonally and through Traditional Ecological Knowledge (TEK), this information was passed down from one generation to the next. They knew what was available and when, as well as what was safe or unsafe to eat. They were far healthier than any of us are today (although modern medicine has been good for humanity) because of their diverse diets, small populations and amount of exercise they did.

It didn’t make sense to have lots of children because you couldn’t carry more than one child when migrating from one area to another. Hunter-gatherers did not practice religion per se but were spiritual beings who believed that gods were integrated into their whole environment. They had far more leisure time and had many celebrations and rituals. Just as Creation is good, so was life.

The transition to agrarianism was quite slow and likely discovered by accident. As more groups settled on a piece of land, growing their own food, their populations began to grow as there was no more need to wait until a child could travel on their own two feet. The ideas of ownership and economy began. Since only some of the people from the group were needed for growing and harvesting food, others were free to invent jobs for themselves. They became philosophers and artists, judges and accountants, and even priests! Religion shifted from discovering God in the world around them to a more organized religion. Gods changed from half human/half animal beings to a human monoculture God.

Many people pin the Industrial Revolution as the start of anthropological (human caused) climate change, however, it was actually agrarianism that got the ball rolling. Although small subsistence farming had only a small impact on the environment, monoculture farming began with the formation of Empires. Even today trees are still being cleared to make room for industrial farms and our concern for the soil’s health has declined over the years. With science, humans have discovered new ways of farming that come with heavy duty machinery that tears the earth apart, killing all the life and health in the soil and replacing it with chemical fertilizers, pesticides, fungicides, herbicides, etc. And we haven’t even looked at livestock farming yet which adds hormones, antibiotics and disastrous living conditions to the list. God’s children are getting sick and the earth is groaning!

Wendell Berry believes that the health of the soil and the farmer are directly related to the health of the consumer. “You are what you eat” hits home pretty hard! Our 1% human history as agrarians has done more damage to the planet than the 99% as hunter-gatherers. Sure, the Industrial Revolution blew everything way out of proportion; however, you will find that food is still at the centre as the biggest cause of climate change.

Carolyn Steel’s TED talk video (https://www.ted.com/talks/carolyn_steel_how_food_shapes_our_cities) reveals how we have obtained our food throughout history and how we have become disconnected from nature. It wasn’t until trains were invented that things really began to change and with that, shipping our food around the world became the new normal. So, what does all this have to do with the Season of Creation?

When God created the world, nearly everything was created prior to the existence of humankind. When God created humans, God also made this lovely little garden (Eden) for them where they had absolutely everything they needed to survive. Only, we aren’t fish in a fish tank. We were told by God in Genesis 1:28 to take care of the earth and everything in it! We were to subdue and have dominion – we are the stewards of God’s Creation. We were to take ownership of God’s gift to us and treat it kindly and protect it because God made it and called it “good.” Really, when you think about it, this was the first covenant God made with humankind . . . and we’re failing miserably at keeping it!

God gave us a purpose and it is no small feat taking care of the earth. It requires us, as Christians, to be set apart from the secular world. We are to defy the status quo to do what is right in God’s eyes. In regard to caring for our planet, this means shopping local (at small businesses and markets – from small local companies), recycling/reusing/repurposing, saving rainwater for your garden, getting electric vehicles or riding your bike or the bus; it means going out of your way to preserve God’s gift to us – our home.

The Season of Creation is a way for us to observe this initial interaction with God. We are reminded of what God has asked of us concerning the earth. Make good use of this time to focus on “green” passages for spiritual reflection and what it is that God is asking of you, as a Christian, in this time. The Diocese of Huron’s Social and Ecological Justice Committee is providing resources for you to use during this time whether you are back in your parish or wish to worship                 from  home  (https://diohuron.org/social-and-ecological-justice-huron-ministry-resources/  and you can keep an eye out for more information in your emails.

Some people, in order to discover God, read books. But there is a great book: the very appearance of created things. Look above you! Look below you! Read it. God, whom you want to discover, never wrote that book with ink. Instead, He set before your eyes the things He had made. Can you ask for a louder voice than that?

Caroline Sharp is a member of the Social and Ecological Justice Committee.