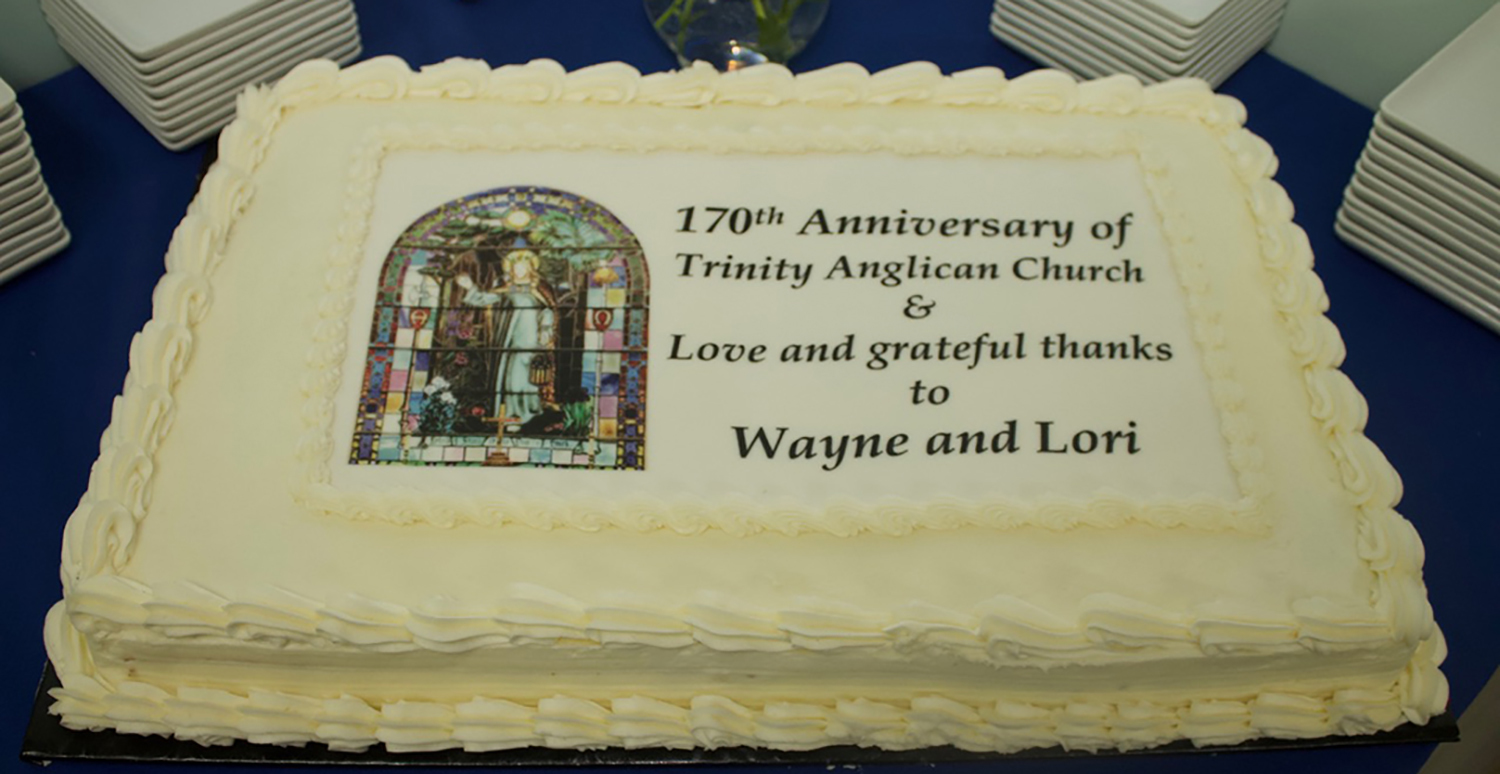 In 1849 The Reverend Robert Francis Campbell, after 15 years of galloping around on horseback establishing schools and divine Anglican worship in the Huron Tract, settled in Bayfield and established the first Anglican congregation in the village.

y 1855 construction had begun on the historic Georgian Style building that is still serving the area Anglican parishioners today. Not only is it the oldest church in Bayfield but the oldest Anglican Church in Huron County. It was built of bricks created in the brick yards located along the Bayfield River.

One can see the different shades of bricks, indicating that the walls were probably built in stages,” explained Ralph Smith, in his book “Historical Sketch of Trinity Anglican Church in Bayfield, Ontario, published in 1999 in honor of the 150th anniversary of the church.

Just like the laying of these bricks the history of the church continues to be built in stages. Earlier this year Trinity was amalgamated with their sister church, St. James’, Middleton a congregation also rich with its own history. These two parishes have come together under the Trinity St. James Anglican Church banner. As restructuring continues in the Diocese of Huron it was announced that Vicar Wayne Malott would be moved on to the next phase of his career, Trinity and St. James having been his first independent position as a rector. He presided over his first service on Dec. 1, 2011 and the thought was he would work in the community for two years. However, a divine match between congregations and vicar became evident and he was officially inducted as Vicar on Sept. 7, 2014. On May 26, he delivered his last services, and performed his first dual Baptism, to a full house during which much laughter, spontaneous applause and quite a few tears were shared.

Amid the tumult the congregation and friends in the community gathered together on the evening of May 27 to celebrate the 170th anniversary of the church in Bayfield as well as to bid a fond farewell to Vicar Wayne, and his wife, Lori. In attendance were volunteers and Bayfield Lions’ Club representatives who are great supporters of the Bayfield Food Bank (Feed My Sheep). This essential service provided for a number of families and individuals in the community is based at Trinity St. James. Leaders from Bayfield Guiding were also present as members of the Guiding movement have been using Trinity St. James as their meeting place for more than 40 years.

Organized by the church wardens, Geordie Palmer and Paul Spittal, many, many hands worked together to make the evening a success. The chicken dinner was prepared and served by John Pounder. Larry Dalton made the gift presentation to the departing couple on behalf of the congregation, a lovely canvas print, depicting both church buildings and a quintessential Bayfield scene, created by local photographer, Dianne Brandon.

Throughout the weekend events one recurring theme shone through, Trinity St. James is more than just a few layers of bricks from which to worship. It is an integral part of the community it serves and time only strengthens its mortar.