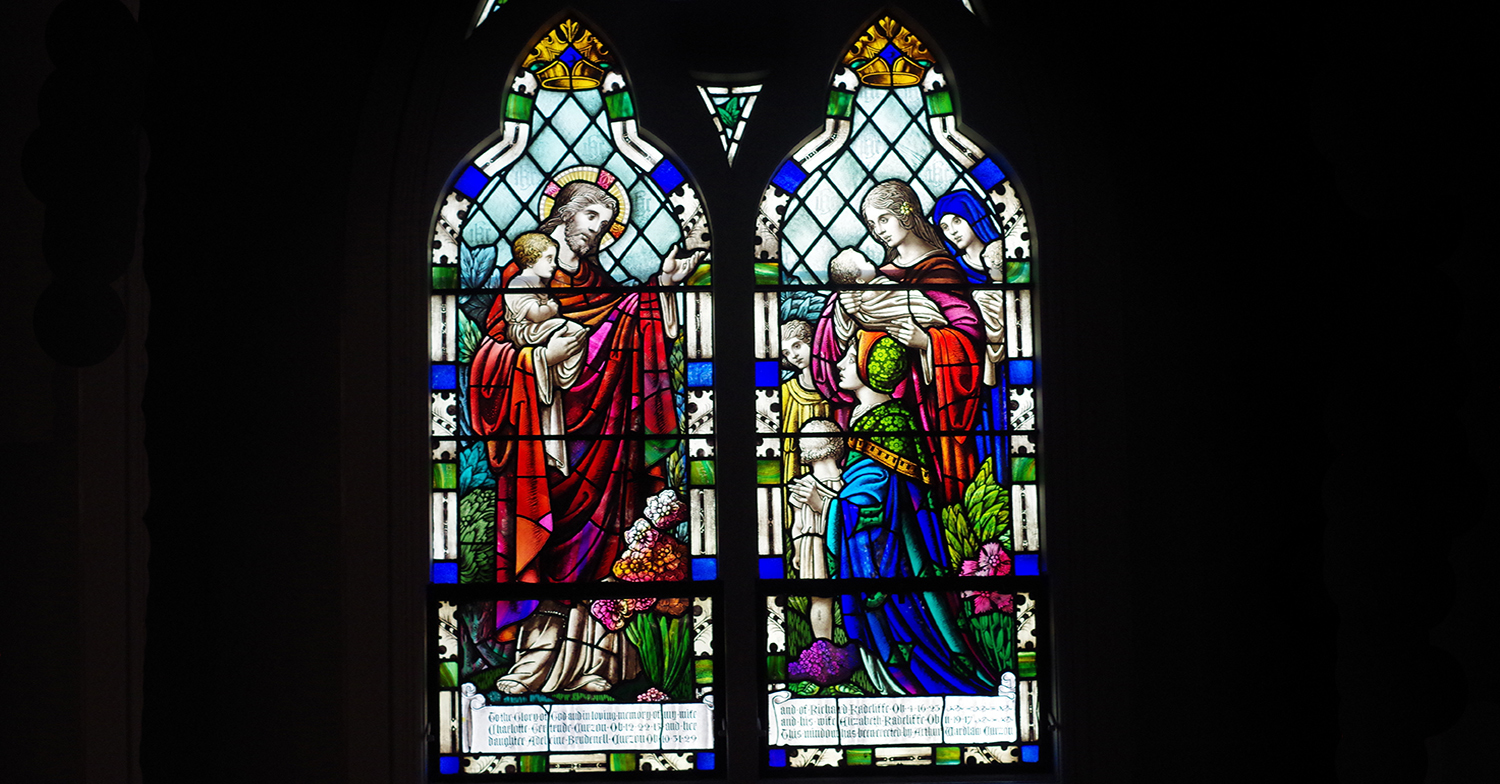 St. George’s Church celebrates 135 years in its current location with a book written by Eleanor Smith on people commemorated in the church’s 26 stained glass windows.

St. George’s Anglican Church, Goderich, has a rich history dating back to 1835.

The first 150 years were recorded in a book by Dorothy Crocker, published in 2008. Now another book has been published which honours the 43 people commemorated in the 26 stained glass windows in the church.

The author and researcher, Eleanor Smith, first became curious about the story behind the window dedicated to William Daniel Tye, who was “killed on duty” while with the Railway Mail Service of London and District.

“I would read it every Sunday while sitting in the pew, and started wondering what really happened.” The inscription on this window of Jesus Knocking at The Door reads: “To the glory of God and in the memory of William Daniel Tye who was killed on duty erected by the Railway Mail Service of London District.”

Since her great grandfather had been Superintendent of the Railway Mail Service until his death in 1905, she felt an immediate connection to the story. Finding detailed newspaper accounts, including results of the inquest, resulted in an article for the church newsletter.

“It was a head-on collision. William was in the mail car of the Buffalo and Goderich branch of the Grand Trunk Railway, on its run from Buffalo to Goderich. The accident happened four miles out of Paris – a direct collision with a single train engine coming from Stratford. There was a service held here but no body.”

Eleanor Smith wrote the story seven years ago and it turns out to be just the beginning for the retired teacher.

“I did not intend to spend the next years researching those commemorated in the other 25 stained glass windows, but I felt a compelling need to learn more about the person or persons whose names were on each window”.

So, she continued her research. Behind every window were stories that needed to be recorded and the past to be treasured and remembered.

“The deeper I dug the more fascinated I became”, says Eleanor. “These people sat at the pews and helped make decisions which shaped the course of St. George’s Church” Eleanor Smith was born in Regina, SK, but moved with her family to Ontario three years later, growing up in London, and then in Richmond Hill where she finished high school. She graduated from University of Toronto (Trinity College), and Toronto Teacher’s College and spent years of teaching for Forest Hill Village, London and Huron County boards of education. Eleanor is a member of the Huron Historical Society, Huron County Genealogical Society, Probus Club and is volunteer archivist for St. George‘s Church

From the earliest window, which predates the building of the present church in 1880, to the newest window installed in 1964, she found stories of tragedy, heroism and even one suicide. Their stories reflected the history of Goderich. Included among them were a former mayor, a leader of the opposition, a visionary whose plans for mining salt would have changed the face of the town, a sheriff, bankers, soldiers, husband and wife couples, and one child.

“Of particular joy to me have been the contacts I have made with descendants of those commemorated in the windows. They have added their stories and, when possible, I have been able to add to their information”.

“This is still a work in progress”, concludes Eleanor.

All windows are presented in the book in full colour with photographs by Ralph Smith and the former rector the Venerable Allan Livingstone. Eleanor has included the biblical references, and descriptions of the windows. The book also lists window in order of installation and by their physical place in the church At $20.00 a book, all proceeds go to the church for the celebrations of the 135th Anniversary of the dedication of the building. Contact the church at 519-524-2274