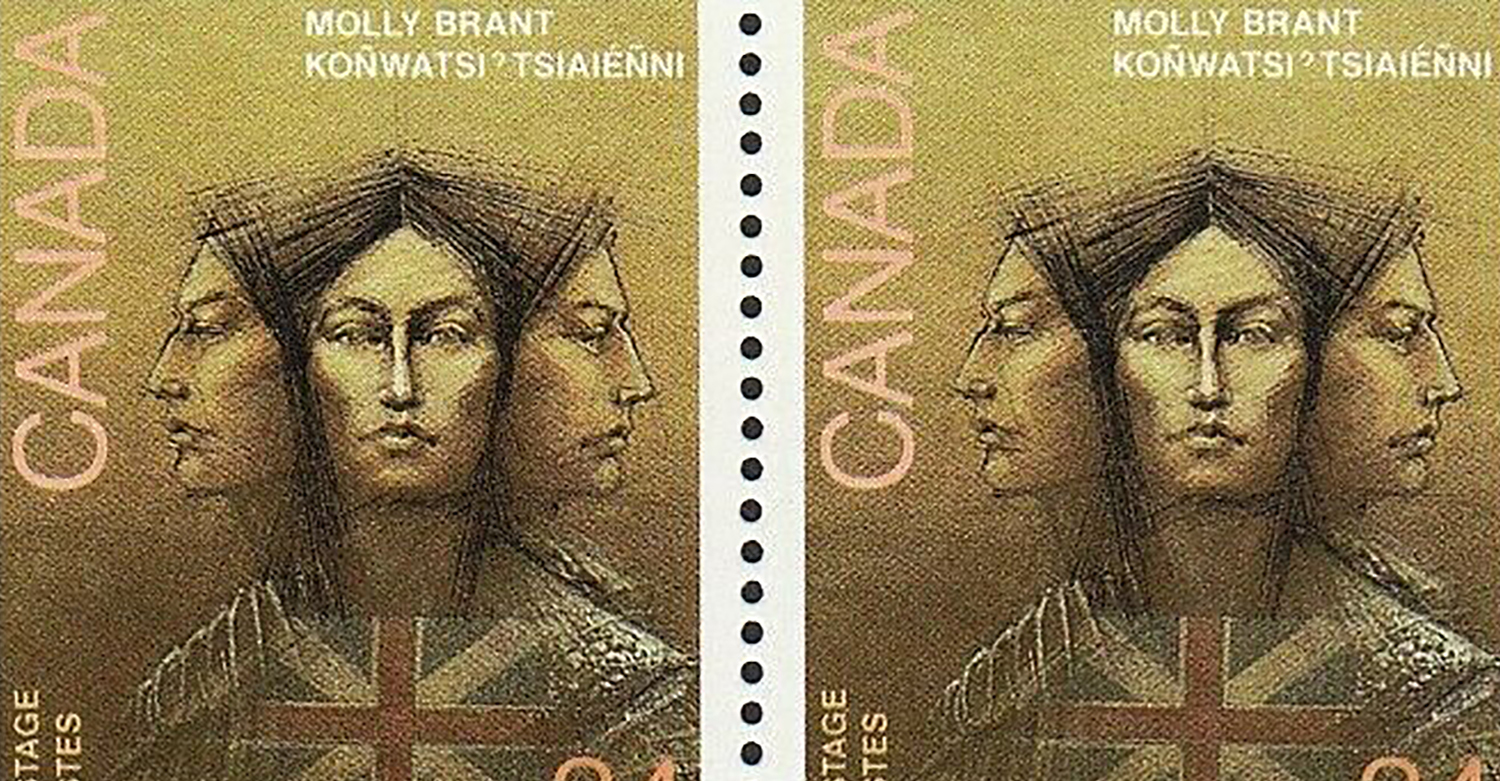 Well-connected in the Mohawk community, they enjoyed the confidence of leading imperial and colonial officials for more than two generations. Joseph Brant exemplified this cross-cultural success. Yet Brant’s career would have been impossible without the presence of his older sister, known in English as Mary Brant, but almost always referred to as Molly.

Born about 1735 in the Ohio country, Molly as a young woman possessed an energetic charm noted by almost all who encountered her. Sir William Johnson, the British imperial Northern Superintendent of Indian Affairs based in New York’s Mohawk Valley, took her into his household about 1758. She became his advisor, confidante and lover and had eight children with him before his death in July, 1774.

Middle ground relationships were often lifelong, though less formal than those in more structured colonial societies. To put this another way, marriage often occurred without benefit of clergy. Johnson always acknowledged Molly’s place in his life and ensured that their children carried his name. Molly remained devoted to her family and to Sir William’s memory until her own death in 1795. Johnson’s mentoring of the young Joseph Brant owed much to Molly’s presence. Managing the complex Johnson household with “intelligence, grace and charm”, Molly played a key role in Sir William’s diplomatic negotiations. A staunch Loyalist, she orchestrated resistance to the American cause in the Mohawk Valley during the Revolutionary War. In that conflict, a colonial administrator noted that one word from Molly carried more weight with the Iroquois “than a thousand from any white man without exception”.

This active loyalty came at great cost. She lost her home and most of her property to American forces and had to flee westwards, eventually settling at Niagara and later briefly in Montreal. The British commanding officer at Carleton Island praised her role with displaced Six Nations warriors, writing that her influence was far superior to that of all their chiefs put together.

Molly’s extraordinary contributions in an age of conflict owed much to her personal gifts, but were rooted as well in the matrilineal nature of Mohawk society. Ancestry  was traced through the female line. Women played key roles in community social and political life. Particularly important were clan mothers, senior women in extended families. Molly was the head of a society of such matrons which evidently had great influence among younger warriors. These cultural contexts made Molly a powerful figure.

In the words of one of her biographers, Molly’s daughters married “men of distinction” in Upper Canada and moved easily in the British North American world after the Revolution. Molly herself wore traditional Mohawk clothing throughout her life, but remained a devoted Anglican. She settled quietly in Kingston after 1783, faithfully attending services in St. George’s church until her death in April, 1795.

“A woman of high intelligence and remarkable ability who was at ease in two cultures,” Molly Brant played a vital part in the evolution of British North America in the late eighteenth century. Her life illustrates the central importance of women in historical development. She was essential to the careers of her brother Joseph and her nephew John and deserves recognition that is at least equal to theirs. In our own time of great cultural conflict, she can teach us much about the retention of identity while adapting to profound change.

Rev. Dr. Douglas Leighton is the canon historian of the Diocese of Huron.

A Note on Further Reading:
There is a vast literature on the Six Nations. William Fenton’s sometimes controversial work represents a lifetime of study. Later scholars such as Barbara Graymont and Francis Jennings have added new insights. James Axtell’s graceful essays provide an ethnohistorical perspective. There is a growing body of work on Molly Brant. Barbara Graymont and Gretchen Green, a former student at Huron University College, provide good beginning points. (April 20, 2017)