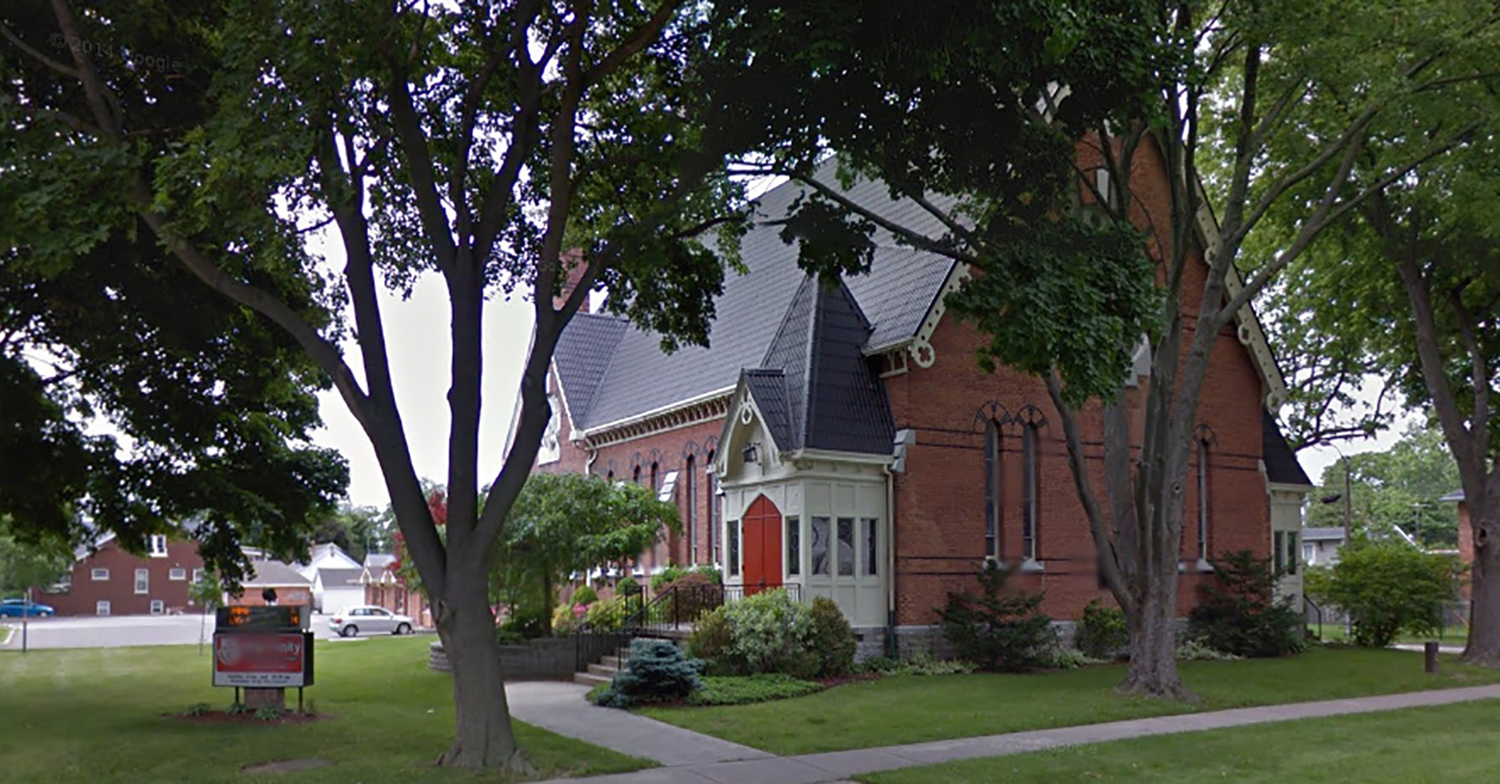 On Trinity Sunday in May 1875, Rev. Freeman Harding conducted the first services for a new parish that had been established in “North Chatham”.

This new parish had been created in response to a letter and petition to the Bishop of Huron, dated January 1873, from some “members in good standing” of the Parish of Christ Church. They asked for approval to build additional worship space to accommodate the more than 1,300 members of the Church of England who lived in Chatham at that time, according to the recent census.

The first service was held in a temporary frame building on property that had been purchased by the Ladies Aid Society of the North Chatham Episcopal Church at the corner of Victoria Avenue and Selkirk Street.

At a vestry meeting held on June 7, 1875, the name “The Church of the Holy Trinity” was enthusiastically adopted and the parish has been part of Chatham history since that time. This year marks the 140th anniversary of that event. This milestone was celebrated on Sunday, May 31, at 10 a.m.  Bishop Terry Dance was scheduled to join the congregation for this celebration.

The original cornerstone, along with a box containing coins and newspapers, was laid in July 1877 at a Masonic ceremony. Those in attendance included the governor general of Canada, the lieutenant-­governor of Ontario and the premier of Ontario.

The location of that cornerstone was not known for several years, likely because of alterations or repairs made to the foundation, but it was located again in March 1974.

A new cornerstone was installed during the centenary in 1975. As part of the service this year, plans called for that cornerstone to be relaid and to  include a time capsule that has been updated to contain current items as well as some of those deposited in 1877, 1975 and at the 125th anniversary service in 2000.

Heather Kingham is a member of Holy Trinity, Chatham. June 2015