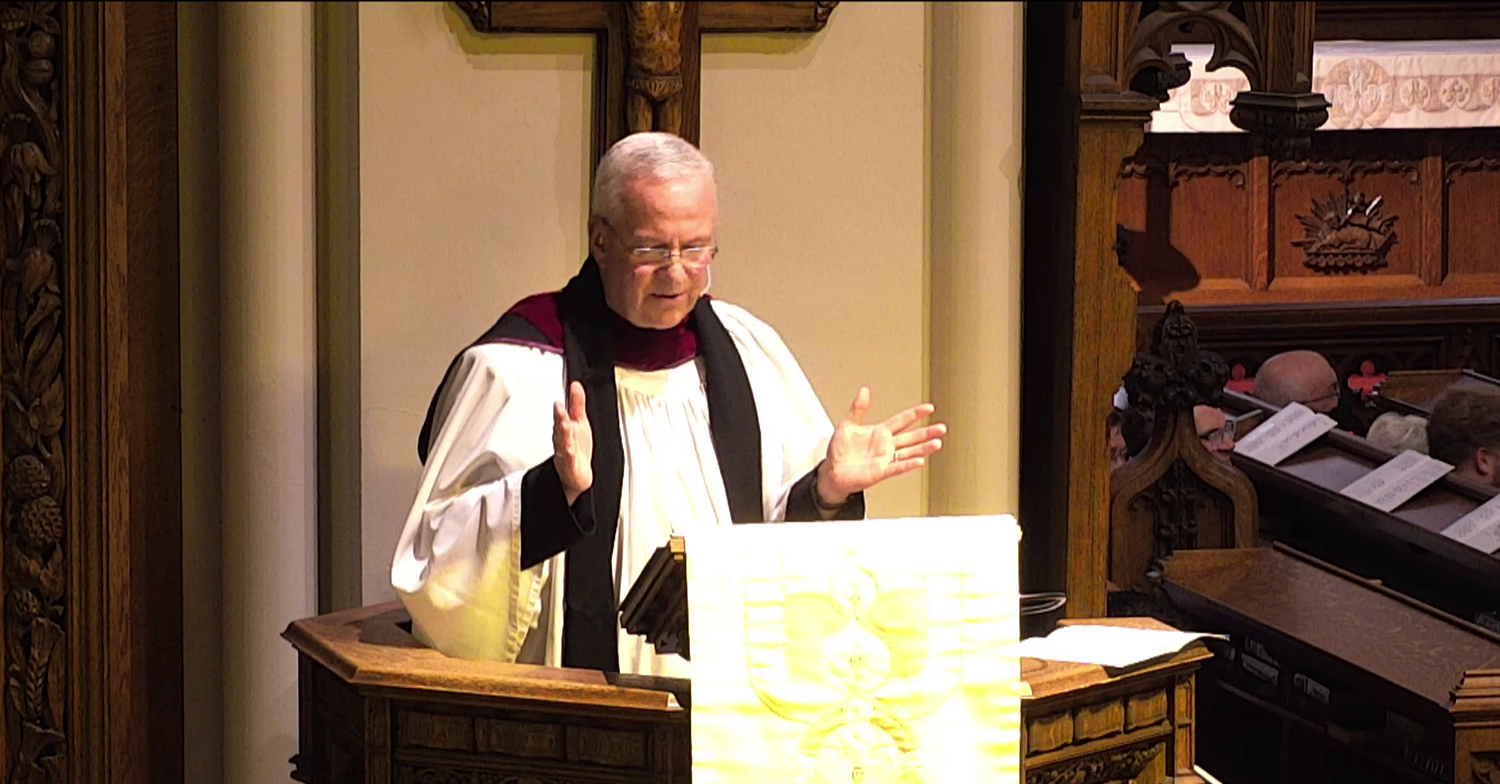 One of the last stands as the Dean of St. Paul's Cathedral: Very Rev. Paul Millward at the Memorial service for Queen Elizabeth II

Paul Millward retires after almost 25 years of church service – all of them in Huron, in different parts of the diocese and in various roles.

From his ordination in June 1998 to his retirement in November 2022, Millward served as parish priest in three different Huron deaneries. He was regional dean in two deaneries and he was the Archdeacon of Kent. He retires after serving for more than five years as the Dean of St. Paul’s Cathedral.

“I served in St. Thomas’, Owen Sound, then St. Jude’s in Brantford, and finally in Christ Church, Chatham, where I stayed for 14 years”, Paul recapitulates his parish service in the diocese.

All those parishes, as he states, represented very different realities.

“In the Saugeens you learn very quickly to listen to the locals, especially in the winter months, because they know if you should stay home or is it safe to go out.”

Owen Sound, recalls Millward, still had some of the rural flavour he was looking for when he started his ministry.

It turned out that he was never in a truly rural kind of place – they were all more urban centres, with lot of other churches and colleagues, Anglican or otherwise. Even in Owen Sound, as he recalls, "there were 30 other churches, in Brantford probably 100, and in Chatham easily 50 to 60".

Still he feels that his parish service was extremely rewarding, especially when it comes to the pastoral dimension of his ministry.

“Pastoral sense of sitting with families when someone dies, of baptizing children, of Sunday worship and pastoral visiting with folks – all that was entirely consistent with why I felt called for ordination. I was never disappointed by those aspects of my ministry”, says Dean Paul.

From Regional Dean to the Dean of St. Paul's

Being a regional dean for Millward was a good way to get to know other congregations in a deanery and certainly a way to know his colleagues a bit more.

"It gave me my first taste of life beyond a parish", says Paul explaining that one gets a bit more involved in some of the diocesan ministries.

Becoming an archdeacon was the next step in his journey.

"It was a challenging role for sure but I enjoyed it immensely", says Millward remembering fondly the joys of celebration when he would be invited to anniversary services.

Serving both as a dean and as an archdeacon contributed to understanding of a broader life of the church and the politics of the church. But...

"All of those things were a help, but none of them prepared me for the role of being a dean", admits former dean of St. Paul's and explains:

"Until you sit at that desk, you really don’t know the challenges, and the opportunities, and the privilege of being a dean."

The cathedral, in his words, is both a parish community and "what they called the big house". And those, states Paul,  are always hold in tension:

"Local parishes are colloquial, they have their own expressions of ministry and have certain flavours. The cathedral does not allow itself to be that; the cathedral is the place where the rightness of liturgy and ministry happens."

The cathedral - and here Paul quotes Bishop Bennett - is "a complex organism". It runs a fully operative cemetery and crematorium, it owns the land on which some major corporations around the downtown are situated, and it houses and helps to facilitate St. Paul’s social services.

"The dean’s role is very administrative. You sit on most diocesan committees and you are a part of the diocesan executive staff", says Dean Paul.

All of this decreases the amount of time one has as a parish priest.

"You simply have to relinquish some of the pastoral duties", concludes  Millward.

Our strength is in the pews

Millward is unusually frank when it comes to discussing the future of the church:

"Everything is kind of unknown, after this COVID experience. This can be anxiety provoking but it is also an exciting time for the church."

And although he would not "necessarily envy Bishop Todd’s position and his task of crafting a vision that will invite us to be something different than we have been in the past", he is certain that the church will find its way through these difficult times.

"When I once asked Archbishop Percy what his biggest surprise as a bishop was,  he told me that it was really the strength of the lay folk", says Millward and confirms that he was fortunate to witness variety of talents among lay people throughout his ministry.

"We don’t come in as clergy to save the day. As clergy, we are open to sharing what we know – and my colleagues are incredibly talented and gifted in ministry – but so to are lay people, and we have to be open to learning from them."

Paul Millward is hopeful that church has the capacity to recognize the future that God is calling it into. And he is happy to enjoy sitting in the pew, with his wife Tracy, watching that unfold.