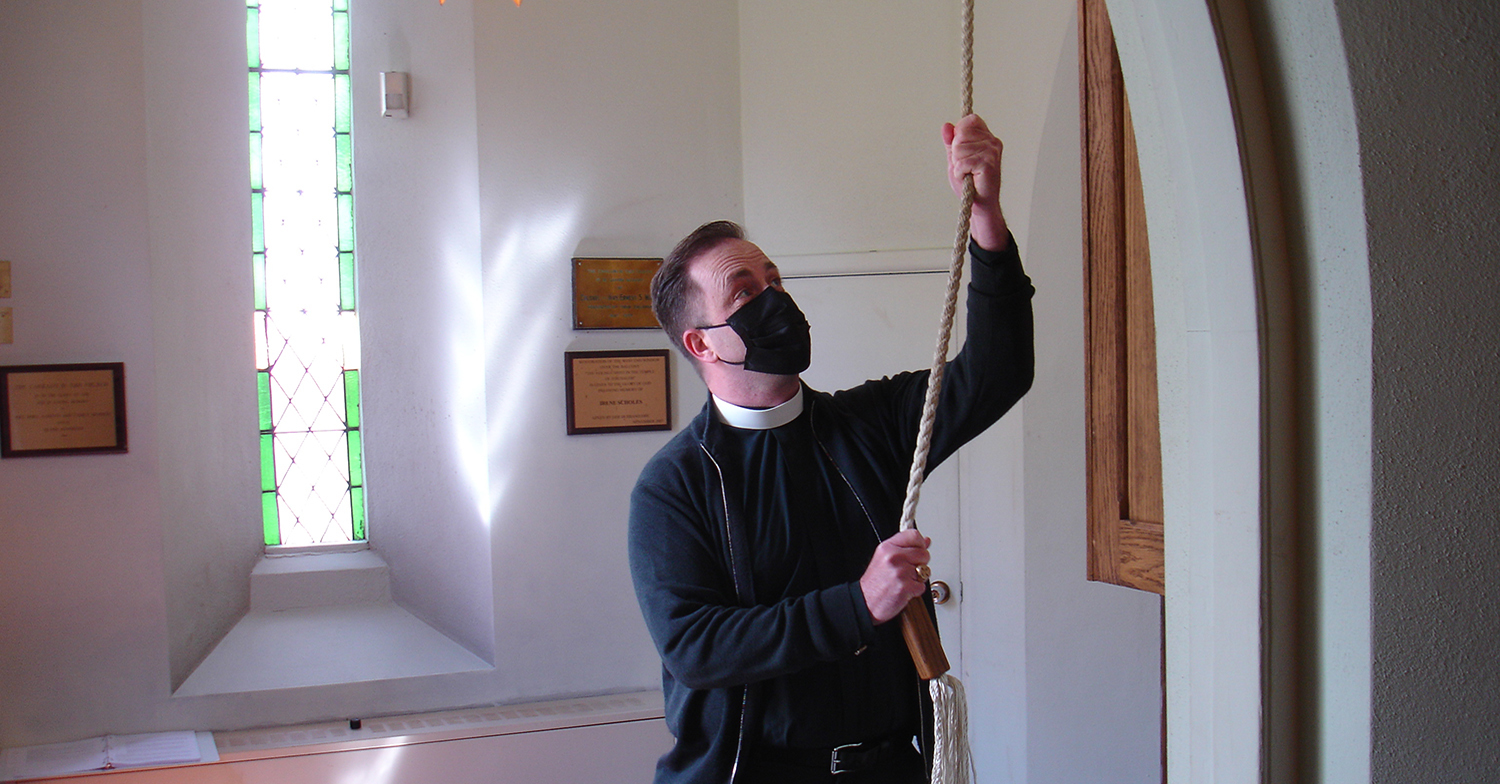 The bell at All Saints’ Anglican Church, Windsor tolled 99 times Thursday April 15th in honour of Prince Philip who died April 9th at the age of 99.

Beginning at one o’clock in the afternoon, the rector Reverend Robert Clifford led a small group of social distanced volunteers to ring the historic bell, every minute to toll the life of the Duke of Edinburgh, the consort to Queen Elizabeth II.

There has been a bell at All Saints’ for almost 165 years. All Saints’ has held royal memorial services since Queen Victoria. We are in the Windsor city hall square, center for many memorials for the community. Within the chapel is a tapestry from the 1953 coronation of Queen Elizabeth II in Westminster Abbey. As well, near our pipe organ is a cross fabricated from a wooden beam from St. George’s Chapel in Windsor Castle. Among the volunteers photographed are Father Clifford, Mary Beth Swain (People's Warden) who timed the one minutes toll; ringers included  Justin Skalaa, Reverend Bev Diet, Gale Carter.  Joan Carter, and Sharon Hillier. May 8
SEJH: Conversations with Essential Workers
May 16 - 17
181st Synod of the Diocese of Huron
May 20
Human Resources

A note on 'normal things' The miracle of seeds: Dancing and singing with God Countering Anglican tribalism: A more diverse Church