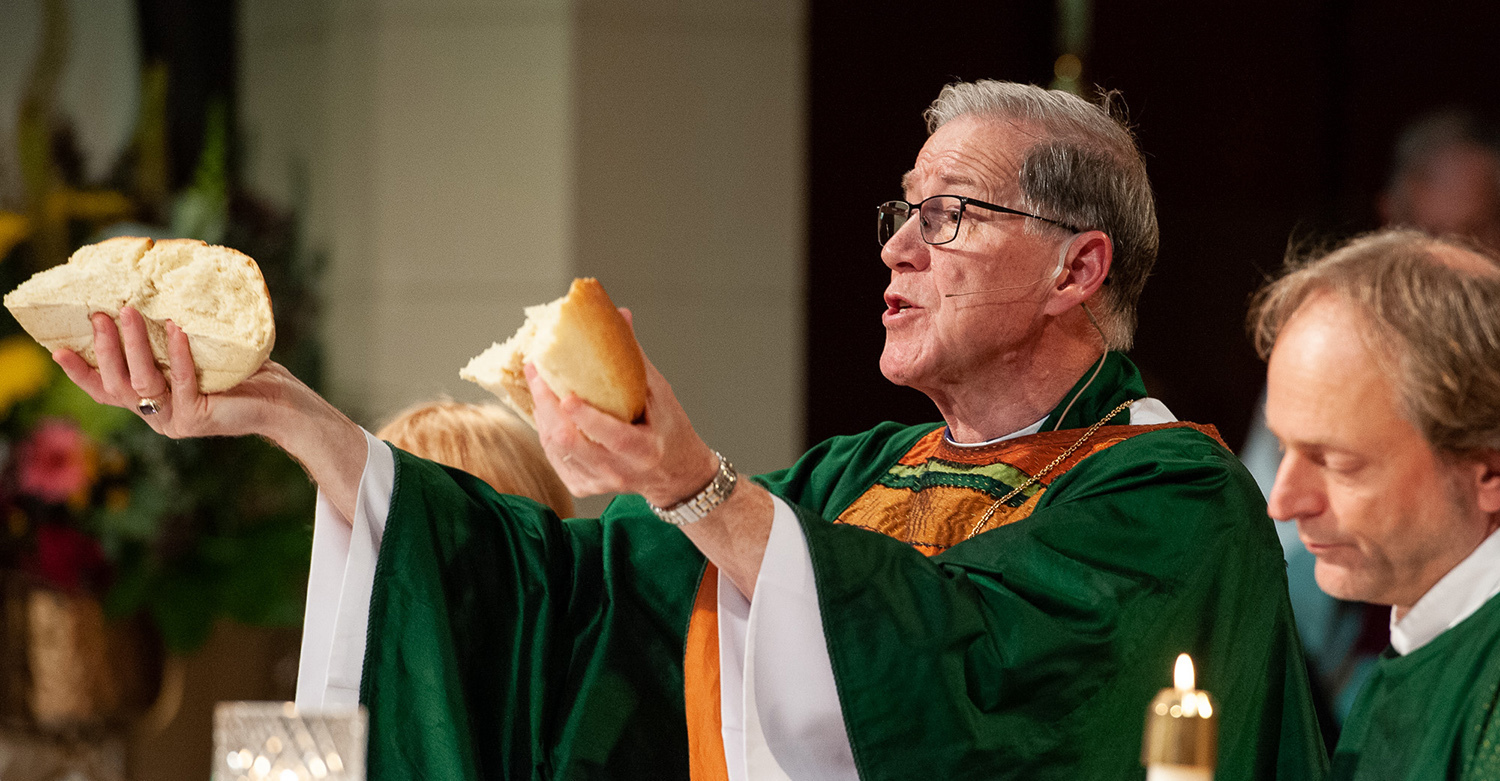 Primate’s role is to be the focus of unity for the entire Church.

I rejoice in Linda Nicholls’ election as our new Primate as does the entire Church, says Archbishop Fred Hiltz in the exclusive interview for the Huron Church News following the installation of the new head of the Anglican Church of Canada.

The former Primate praises Archbishop Linda’s broad view of the Church. She has “a great appreciation for the every-widening circles of our Anglican Church” – in Nicholls’ case a quality based on her deep knowledge of the Anglican tradition.

“She knows what it means to be Anglican”, says Hiltz pointing out that Nicholls also knows “how to articulate her vision both in spoken and written from in a way that is accessible to people, which will be very important in her new role.”

Hiltz’s twelve years at the helm of the Anglican Church of Canada has lead him to believe that Primate’s main responsibility is to be a focus of unity for the Church.

The Archbishop’s faith in his successor is based on his appreciation of Nicholls’ contribution in the National House:

“Her voice is sound, it is clear, it is charitable, it is reasonable, and she has a great way of being able to work with people across differences and that is so important.”

Another quality Linda Nicholls brings to her new role is that she is well respected in the Anglican Communion through her ecumenical work.

“She’s got a good name in the wider circles of the Church”, states the former Primate.

When it comes to the challenges facing the new Primate, Hiltz is certain that people are still pondering outcomes of conversations regarding the Marriage Canon.

“I think the move to amend the Canon will never go away; people really want to see that happen”, says Hiltz. He is also quick to point out that the ultimate outcome of General Synod was not that the amendment to the Marriage Canon failed in order of bishops, but that bishops “sent a message to the Church through Synod saying that we are living in a new reality leaving room for bishops and synods to exercise what is defined as a local option.”

It is important that this message is send across the Church, says Hiltz, and Linda Nicholls will be able to do just that.

“I truly hope that her primacy won’t be overshadowed or overburdened by this one issue”, concludes Archbishop Hiltz while pointing out to a different challenge that could dominate the life of the Anglican Church of Canada during Nicholls’ tenure as Primate.

“General Synod itself is at the point in history – and it happens every so many years in the Church – where it has to refocus its own ministry”, explains the Archbishop referring to the fact that some dioceses are not able to meet their apportionment to General Synod to the extent they once could. Going forward with the process of strategic planning will involve a high degree of consultations with dioceses and the Council of the North and the Anglican Council of Indigenous Peoples.

“That is going to be a big challenge, but I think it is the challenge she will readily and skilfully embrace”, says Hiltz.