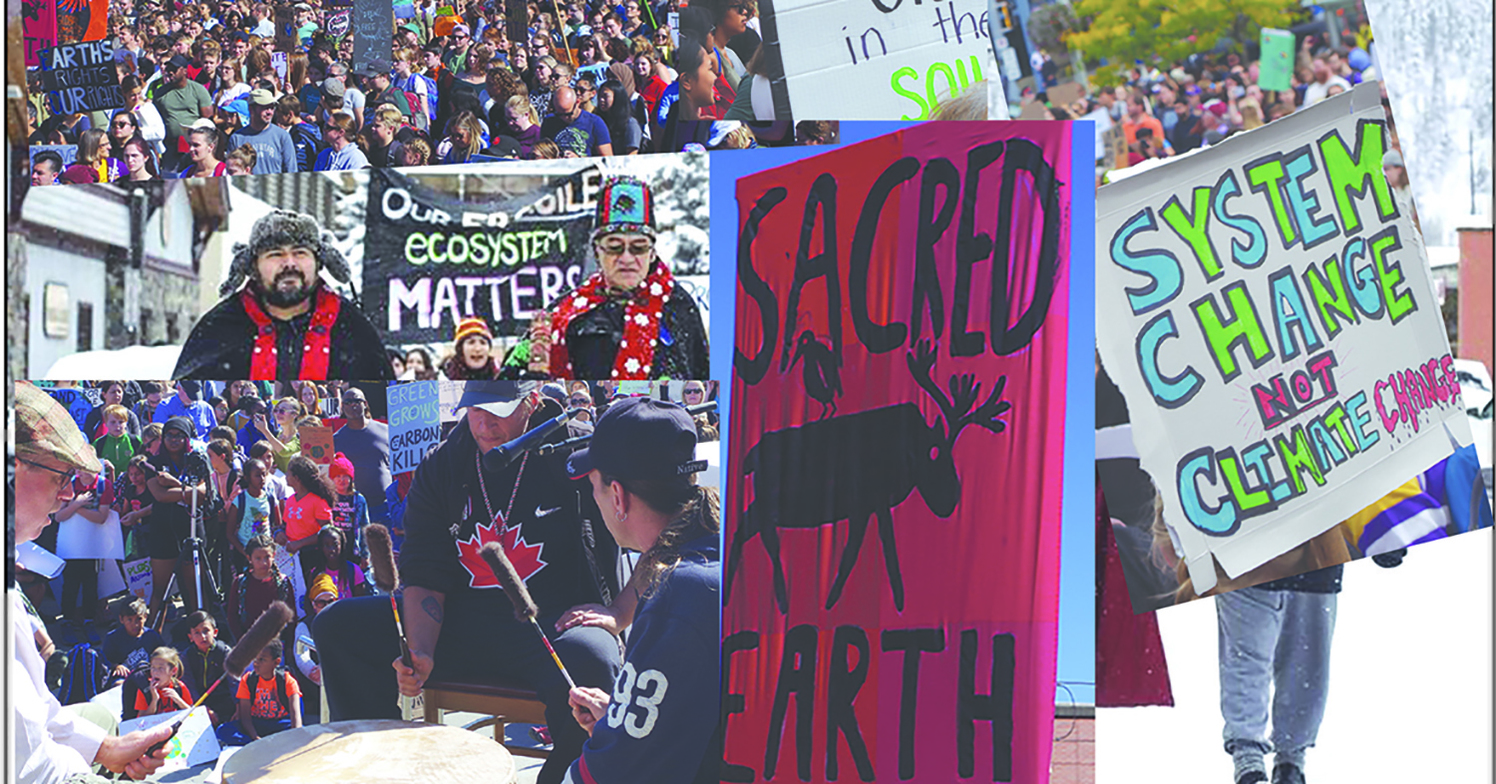 The last two weeks our Canadian news cycle has been blowing up with the Wet’suwet’en Coastal GasLink blockade the traditional chiefs are leading in opposition of the pipeline. While the general Canadian public is getting parts of the story, the full narrative is getting lost in the media headlines.

The Wet’suwet’en people have a cultural style of governance in which traditional leaders have been raised to be leaders by their elders. They have responsibilities that they have been given by their ancestors in their respective clans and houses. They carry traditional knowledge and have been in community leadership long before the Indian Act. So too the Mohawk Nation, one of the Elder brothers of the Haudenosaunee Confederacy. They are responsible for reassurance of the Eastern Door in the great Longhouse of our shared territory of the Dish with one Spoon. This is an ancient role bestowed on them by the Peacemaker.

In many ways, the traditional leaders of these two Nations are declaring “Indigenous Resurgence”- a term used by Dr. Taiaiake Alfred to describe the need to look at the effects of Indigenous people being dispossessed from their land and being unable to practice their language, spirituality, and culture in relation to the land, as well as a return to traditional ways of eating, relating, and caring for the environment. A way of community and self-sacrifice. A way that allows for healing and learning.

This isn’t the story that the average Canadian is hearing. The elusive concept of “Rule of Law” that politicians and business leaders incant as if it were so simple, as if it were a universal concept, it what is being upheld as the model. Used in this way the Rule of Law represents a willful deafness to Indigenous peoples. This represents a breakdown in discussion followed by blockades and mounting frustration along with the dialogue of the average Canadian, the atomized middle power as moderate sympathizer: just talk with us! Be calm and reasonable! We want to have these discussions, we do; and you activists and protestors are making it hard! We need to come together, to compromise, for unity of the country! And that wonderful, old chestnut: you are making it harder for regular people to empathize with you, you are driving away your supporters by being disruptive!

And yes, perhaps they are driving away the moderates, even some of the liberal-minded people who are happy to have dialogue, but do not want to bodily prevent innocent bystanders from going about their day or holding economic processes at bay. But is that what a blockade is really about? Raising people’s awareness of a problem? Causing undue and unnecessary mayhem?A few days ago, I wrote this Facebook post because I felt exhausted. I am exhausted now just thinking about it:

“It may seem like to most people that the protestors cutting of transportation are just trying to inconvenience innocent people, to call attention to the problem by creating chaos, but think for a second what the person trapped on the train or on the highway experiences. Inconvenience, for certain, but also frustration, anger, perhaps even a small amount of fear. They are utterly powerless in the situation, and that is exactly the point.

The power of the blockade is to strip you, for a brief moment, of what separates you from those who are suffering, to make you understand their grief and pain.”

Exhaustion is the requisite sentiment for all of us. Neither Indigenous peoples of Canada nor its Oldcomers or Newcomers have a way to move past the myth of national innocence. We now live in a world of fascistic incantations of ‘Make America Great Again’ or Conservative Albertan candidate Caylen Ford revealing that she was “saddened by the demographic replacement of white peoples in their homelands” and fake woke liberal platitudes of compromise and relationship without the essential act of expiation and acknowledgement of privilege and responsibility. Both sides pushing the feeling of guilt and obligation to the side in an effort to divert attention from the real issue of power dynamics and the divesting of the power from those of privilege.

It is much easier, then, to peddle the image of the troublemaker. The anarchical activist who wears a mask and causes chaos, who hijacks the temperate message of the tired and marginalized, happy to take the scraps, happy to negotiate away their land, their culture, their pride, their humanity, for safety and peace. It is easy to paint the portrait of the ideal oppressed person who longs for the approval of the powerful and the support of the privileged, and dismiss the work of the troublemaker as detrimental to the cause. But as we may be reminded, the troublemaker, the radical Christ we follow, knew that the master’s tools cannot rebuilt a new world, only undo the master’s house. The new narrative is in the mind of Christ; to look deeper, to be honest, to let hope bubble up, to embrace resurgence in our Christian lives, to reclaim our identity in Christ. Resurgence belongs to all of us and it is here in the Good News.

Your life as citizens should be consistent with the Good News about the Messiah (Philippians 1:27), writes Paul in his letter to Philippi. The people of Philippi were shaped by their life as Roman citizens in which Caesar was Lord. Yet their new identity in Christ made them members of the Household of God. Paul wrote to them to be in unity with the church mystical as opposed to the church politic. The church mystical or the mystical body of Christ is made up of the faithful members, and these faithful members take on the mind of Christ which is laid out for them in chapter two of his letter.

The second chapter describes the juxtaposition of the story of Adam who exploited his status with God for himself and of Jesus who emptied himself of his divinity to become servant, to become obedient to his humiliation on the cross. Thus, the mind of Christ is the initiative that Jesus took to self-empting to reconcile with humanity.

This ethic of self-emptying is so foreign to us, even though we stand at the rail every Sunday for our communion born of sacrifice and love. It pushes against our desire to be guiltless, to be blameless, to be without need of grace. Fear tells us that we never have enough, that we must protect ourselves, fighting against the best and most important instinct within us, that community helps us survive, that together we are stronger, that we must live for something other than ourselves. The self-emptying kenotic ethic that Paul calls the mind of Christ is the opposite of self-serving privilege and insincere, artificial unity founded on imbalanced compromise and depreciation.

Jesus offered himself as that opposite. To offer us a living example of a Kingdom space, a Household of God space, to hold our dreams of justice and our futurity. Reaching this space requires an attitude of truth and reconciliation and humility, but that Kingdom seed exists in all of us; it just needs to be tended and fostered.

This is our call as well, my brothers and sisters, it is our path to walk. We are invited to be sojourners, partners in the wilderness, companions on the pilgrimage, we are invited to walk with one another, as friends, as family, as one in the Body, one Church, one People.

Rev. Rosalyn Elm is the diocesan Animator for Reconciliation and Indigenous Ministries.