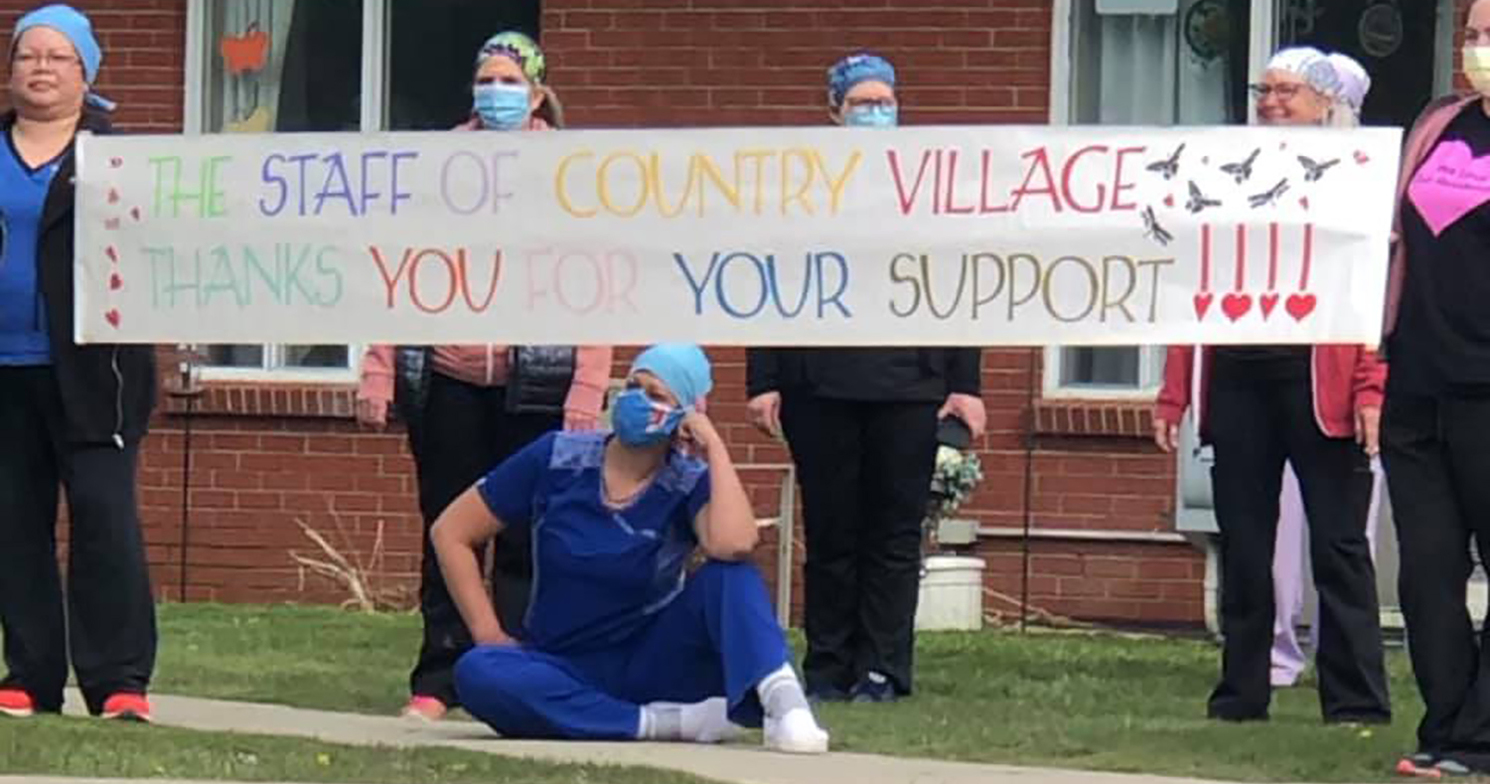 A “cruise of support” and video prayers posted through social media were organized by Trinity Anglican Church, Cottam to express parishioners’ solidarity with residents and staff in a local long-term care facility during the COVID-19 outbreak.

Country Village Long Term Care Facility has been the worst hit in Essex County area with many residents and workers infected.

Staff are working 10-14 hour shifts, six days a week, and many have chosen to live apart from their families for their safety. The morale at the facility was really low. How could it not be when the staff are exhausted and residents passing away?

In an effort to show support, parishioners of Trinity Church posted a video through social media which offered a prayer for staff, residents and families of Country Village and featured a song written by Ann Dresser, the choir director at Trinity Anglican Church. “Make me whole” has been used as a way to embody the prayers of the people in worship and created space to let those at Country Village know the community is grateful for all they are doing and continues to hold them in prayer.

One of the wardens at Trinity organized a “cruise of support” for the residents and staff and what a turn out there was.

Almost three hundred vehicles travelled around the building, past residents’ rooms and to the front where staff waited and watched.

Horns sounded, signs bobbed up and down, ribbons blew in the wind. Smiles could be seen in all of the cars. Residents sitting at the windows watched in wonder, waved and smiled. The workers waved back, blew kisses from behind their masks, and some even took pictures/video. There were tears from the staff and from those in the vehicle parade.

Quoted from a parishioner: “What an experience! Cars were lined up on the shoulder of the road, each one waiting for their chance to join the long stream of people wanting to show their appreciation to the dedicated, hardworking, care workers. Words can’t be found to express how deeply I was moved by the show of support for the Country Village workers. It will be something I’ll remember for a long time.”

Trinity, Cottam will continue with our outreach program at Country Village and will be gathering cards with words of encouragement for the residents and staff to be distributed.

The community came together in a show of love. Isn’t that what we are all about?