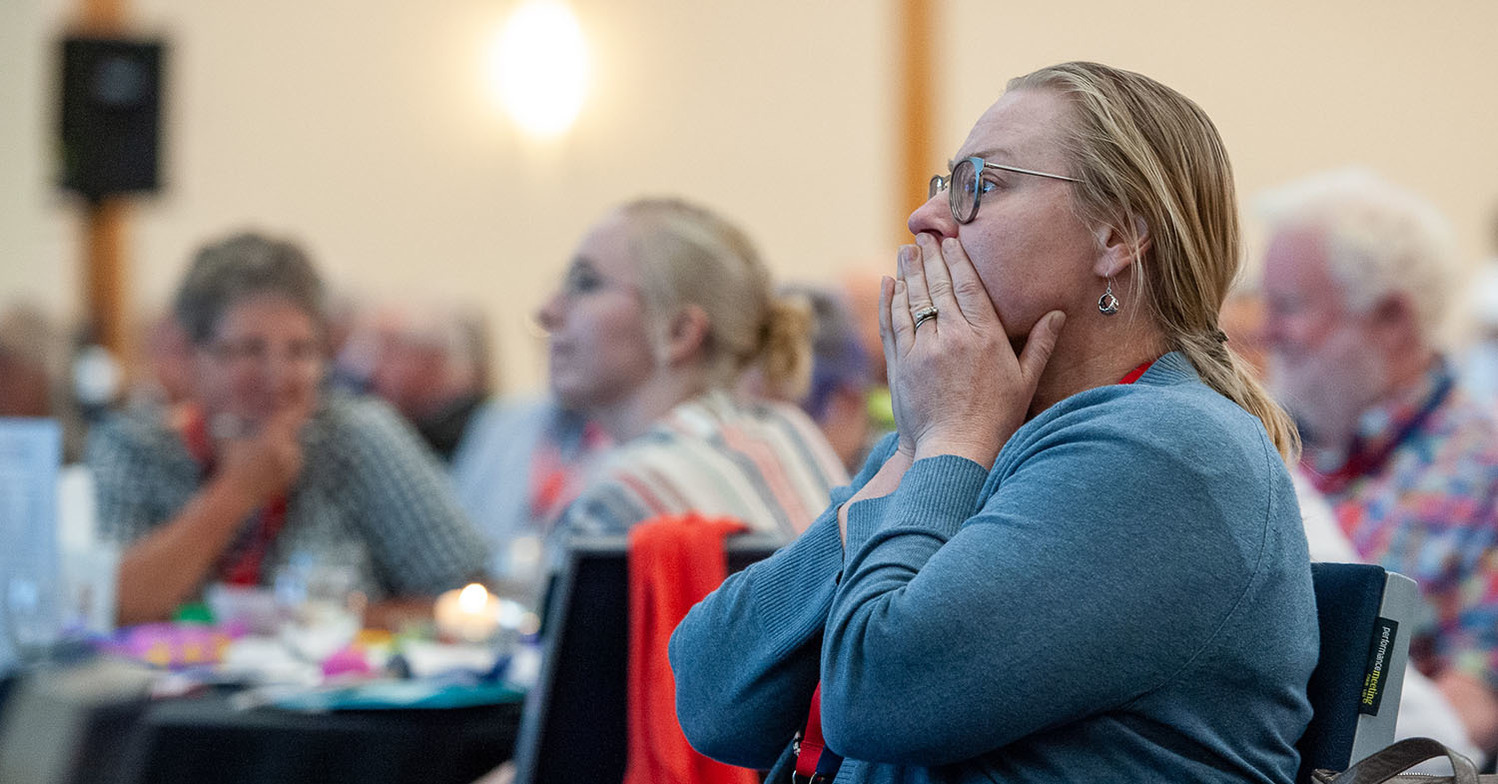 Given that I was on holidays for the entirety of General Synod, I chose to read, watch and listen rather than making a lot of social media comment.

I have seen comments, opinions and reactions that I completely agreed with and some that I thought were off base. As I now share my own thoughts about General Synod, I’m sure the reaction of those reading will cover the broad spectrum of my own reactions to the Vancouver proceedings.

Two things to begin. First, I am completely in support of equal marriage. Second, my background is in broadcast media, so my journalistic spidey-sense is always tingling as I consider our governmental procedures.

Watching from afar how the process on same-sex marriage rolled out at General Synod, one would be hard pressed to think that there wasn’t some wide ranging discussion, comment, and a little pre-agreement in place.

We exit Vancouver with a strong opinion that those in same-sex relationships who want to be married in the Anglican Church of Canada will be able to do so thanks to the document “A Word To The Church” which was approved before the vote on the Marriage Canon but seemingly few understood what it meant in the immediate “painful” aftermath of the vote.

From the other direction, post Vancouver, marriage at the national level, is still defined as between a man and a woman. That means the debate is not finished, and to me this is a big problem. As long as equal marriage is a major subject of discussion there will be continued pain and we not be able to move to other issues that as equally pressing.

The Anglican Church of Canada has now been defined by media at all levels as a church which has but one important subject to share – whether or not to allow people of the same gender to be married in our churches. This has been so in the secular media for nearly two decades, a fact that I can attest to given my time doing media relations in Huron and having worked in the media centre at a General Synod. There was a time that an Anglican General Synod would have been staffed by multiple national media outlets and the opinions of Anglican leadership on a wide range of issues would have been given prominence. This is no longer true and increasingly (and perhaps with definitive finality) the Anglican Church is confined to comment on matters of sexuality. It is no longer secular media that carries this banner, but more and more those in faith based journalism, traditional and social media, seem to lean the same way.

It took three days before any local media announced that the Bishop of Huron had been elevated to the position of Primate. As of the end of General Synod, the Episcopal Cafe, a liberal leaning Episcopal Church blog site and the conservative Anglican Ink had not carried a single word of the story of the second female Primate in the Anglican Communion and the first in the Anglican Church of Canada, despite multiple headlines about the “vote.” In a world that talks about the continued inequality of men and women in the work place, rampant gender discrimination and even the “Me too” movement, the media can’t seem to spare a single line, one little story about a glass ceiling being shattered at yet another level after decades of debate and discussion.

Having declared myself on day one as supporting women’s ordination and believing that the church is much the beneficiary of the gifts of hundreds and now thousands of women in ordained ministry, I believe passionately that the story of Linda Nicholls should have been placed in significant prominence at the very least and that we as Anglicans should be most vocal in our belief that a woman should be the Primate of an Anglican Church and push the fringes by suggesting it time that the a female Archbishop of Canterbury should be on the horizon.

While same gender marriage deserves to be a major headline of our General Synod, look at what got lost in the shuffle. My own best guess is that only a small minority of Anglicans will have taken the time to actually research what was done and not many more will read extensive reports on the national church website or the Anglican Journal.

That means that the historic decision to create a self-governing Indigenous church with its own Archbishop, Mark McDonald, within the structure of the Anglican Church of Canada, will trundle in the background. The emotional, heartfelt and bluntly honest apology by our outgoing Primate, Fred Hiltz to our indigenous brothers and sisters for the real, deep and searing pain we have caused them, will be just a footnote. The emotional and humble acceptance of that apology by Indigenous Elders, couched with a real understanding of just how much that pain continues to burn and how many will require more time to trust that apology because of their own situations, is something that all Canadian Anglicans need to hear and understand.

There are many more front page stories that have been buried well behind the media spotlight placed on same gender marriage, by media both secular and church based and we as Anglicans seem to be okay with that. This Anglican is not.

Many have expressed their opinions freely and I will do the same. The struggle for same gender marriage is an important issue for all people, and especially for Anglican Christians. While it is not the clearly defined, be all and end all decision that we might have liked (I’m not sure that kind of a decision is ever possible), we have achieved the opportunity for equal marriage. We should be proud that we have stood for this element of justice. I grieve however, that it has come at the expense of other areas of our life and ministry that deserve significant focus and much visibility as part of our broad and important work in the area of justice!