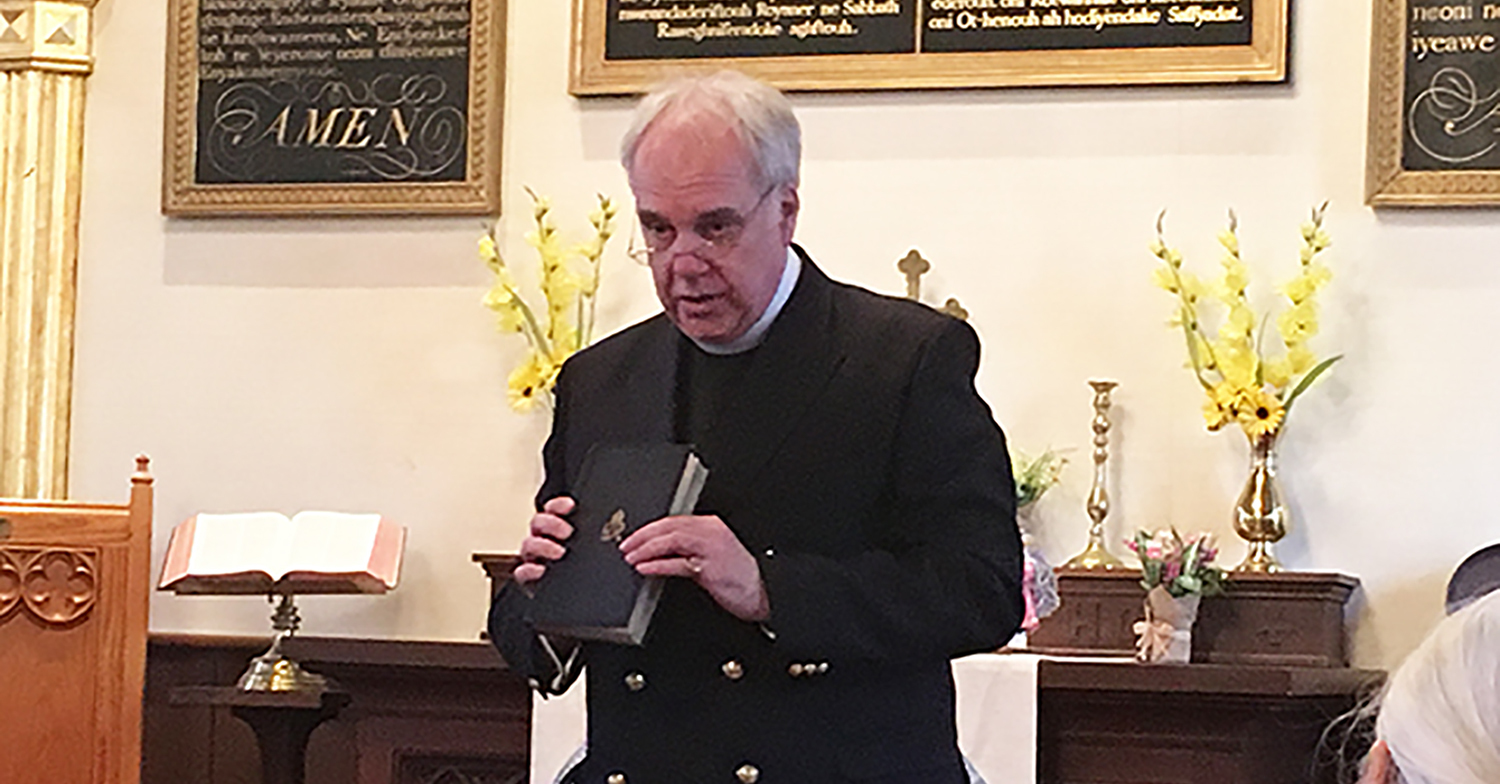 On Wednesday March 27, the Rev. Canon Paul Wright, Sub-Dean of Her Majesty’s Chapels Royal (U.K.), made an official visit to Her Majesty’s Royal Chapel of the Mohawks in Brantford.

Members of the Six Nations Community including Chief Ava Hill, Six Nations Tourism, Mohawk Chapel Committee members, representatives from Massey College, as well as the Archdeacon and Regional Dean of Brant-Norfolk, among others, were present for the gathering.

The meeting began with a shorter form of the traditional thanksgiving in the Mohawk language led by the chaplain, the Rev. Rosalyn Elm. Gifts were exchanged including traditional tobacco and wampum.

After beginning with prayer, Canon Wright presented a gift to the chapel from Her Majesty the Queen to be used in the chapel as a reminder of the bonds of affection between the Crown and the people of Canada’s First Nations. The gift, from the Chapels Royal in England, is a copy of the Book of Common Prayer, embossed with the insignia of the Queen’s later Father, King George VI. In recognition of the significance of the gathering the Queen Anne Bible (1712), a gift from Queen Anne to the chapel, was on display for visitors to see.

This bible is brought out on special occasions, including Royal visits, where it is signed. The Queen Elizabeth’s signature appears four times along with several Archbishops of Canterbury. The Chapel is looking forward to the prospect of another visit from the Chapels Royal (U.K.) next year.