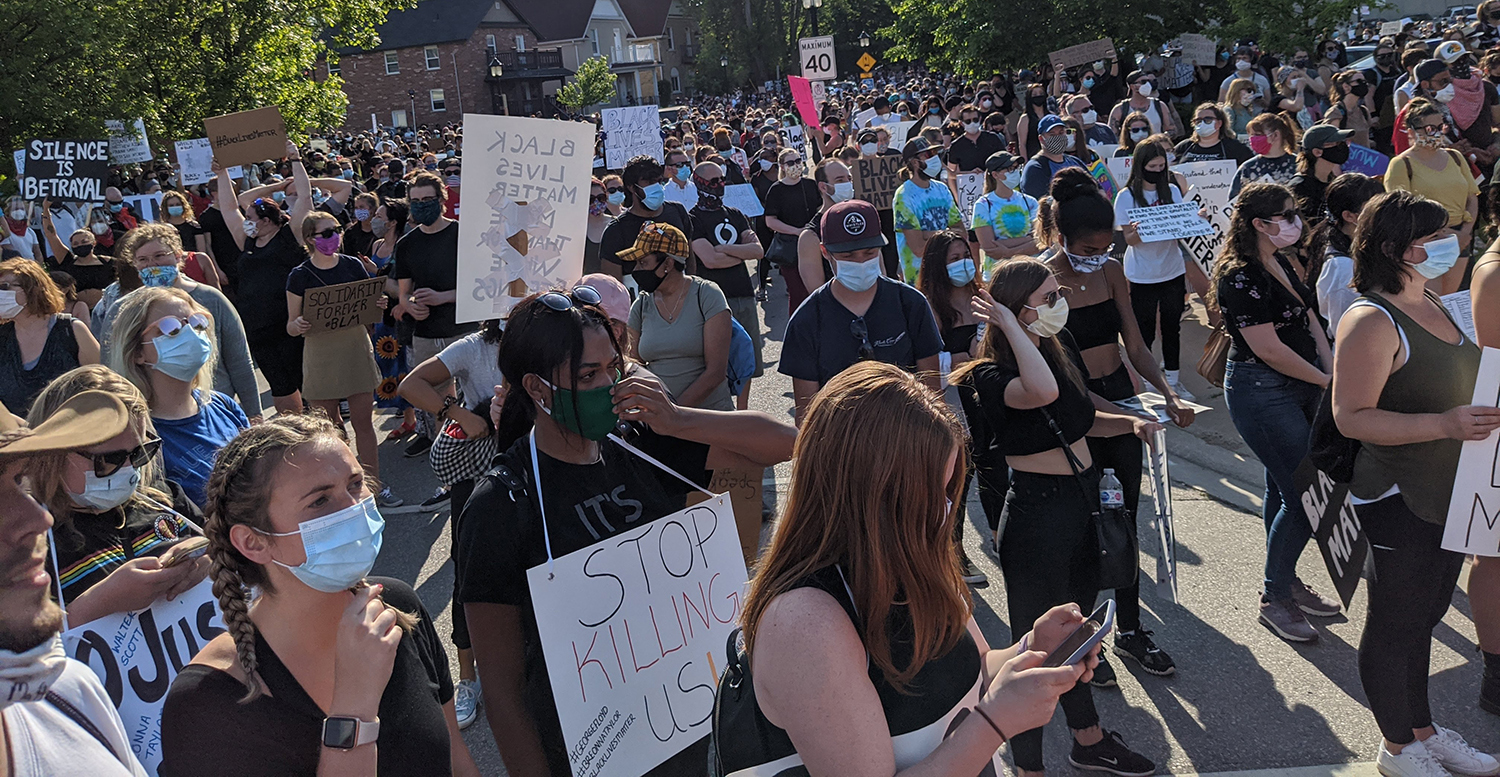 Transcript of Bishop Todd Townshend’s video message for the week of June 14, 2020

Among many other things this week, while living in the time of a global pandemic, the wave of protests against racism continued, and some people started to listen and learn in new ways. I’ve been learning, and already it is revealing to me clearer truths about the experience of being Black, Indigenous, or a person of colour in Canada.

We’ve also seen various responses to the question of whether or not systemic oppression exist in our institutions, especially in policing and the justice system. This question is sometimes avoided, skirted, by asking whether individuals, today, who make up these institutions are racist or not. My answer to this is, yes, pretty much every one of us is susceptible to the sin of racism, whether we know it or not, and we have continually acted, or thought, in harmful racist ways—even when we’re trying not to—through the things we have done and things we have left undone.

One of the reasons we are all found in this trap is that the whole system is founded on racist ideas. Far, far deeper than our own individual sinful behaviours is the fact that we were born into a particular system that was set up in a particular way—to advantage white people—and we were formed by it and we have learned it, even when we didn’t notice it. Of course, Black, Indigenous, and all people of colour are telling us that they notice it, and continue to be very badly hurt by it, every single day of their lives. The whole thing, North America as we know it today, is founded on structures and laws that are poisoned by racism and, in some cases, are directly based upon it.

One way to recognize this is to learn a bit about the beginning of these structures and laws. I recommend that everyone watch a film made by Anglican Video, called “Doctrine of Discovery: Stolen lands, Strong Hearts”. It’s about an hour long, has a study guide, and can be found at anglican.ca

As it says there, the film is about a devastating decision, made over 500 years ago, in which Pope Alexander VI ruled that the land being discovered by European explorers at the time was “empty” land and its millions of Indigenous inhabitants were not to be considered human. This doctrine was repudiated by the Anglican Church of Canada ten years ago, which is when I first started to see how so much of North America was built on this piece of paper, signed by a guy wearing a miter in Rome, declaring a law that is the cornerstone, the racist foundation, of many “property” laws still in existence to this day.

Here’s basically what this 500 year old Doctrine of Discovery asserts:

that any lands not inhabited by Christians were to be considered empty, unowned, and available to be discovered and claimed.

The land was considered “terra nullius” which literally means “nobody’s land” and this was applied to all of North America, also known as Turtle Island.

In applying the Doctrine of Discovery, colonial powers were able to take over and profit from the lands that had been inhabited by Indigenous Peoples from time immemorial. Often using Black slaves as their workforce, it enabled them to accumulate massive wealth. But not only that, the use of this doctrine was the basis for dehumanizing other human beings, in this case Indigenous Peoples, and later Black people, and anyone else who wasn’t considered a “white male Christian”.

Again—because it’s hard to take in—this teaching, this law, was used as a criteria for gauging whether or not someone was considered a human. If there were no white, male, Christians on the land (as defined by the white, male, Church powers), the land was considered empty — there were no humans. This laid the groundwork for the many ways that racism and injustice have been manifested in North America ever since.

It’s important to know the “founding stories” that function under the surface of our assumptions, habits, patterns, attitudes and laws of life today.

In the scripture readings for this week, we see our founding person, Jesus, moving about in the cities and villages, teaching, proclaiming good news, and curing people of every illness.

There is hope for us yet. We can be cured of this illness.

What a huge harvest is available to us in this work. It will benefit all of us. This moment is a huge opportunity to harvest the goods found in the Kingdom of God, under God’s reign, according to God’s laws, according to the Creator’s founding declarations – Jesus says, “We need workers! So, on your knees and pray for, and work for, this harvest.”

Some will hate you for it.

Some will hate you for making a commitment to anti-racism, and justice, and equity for all.

But that’s OK, you have peace with God, through our Lord Jesus Christ.