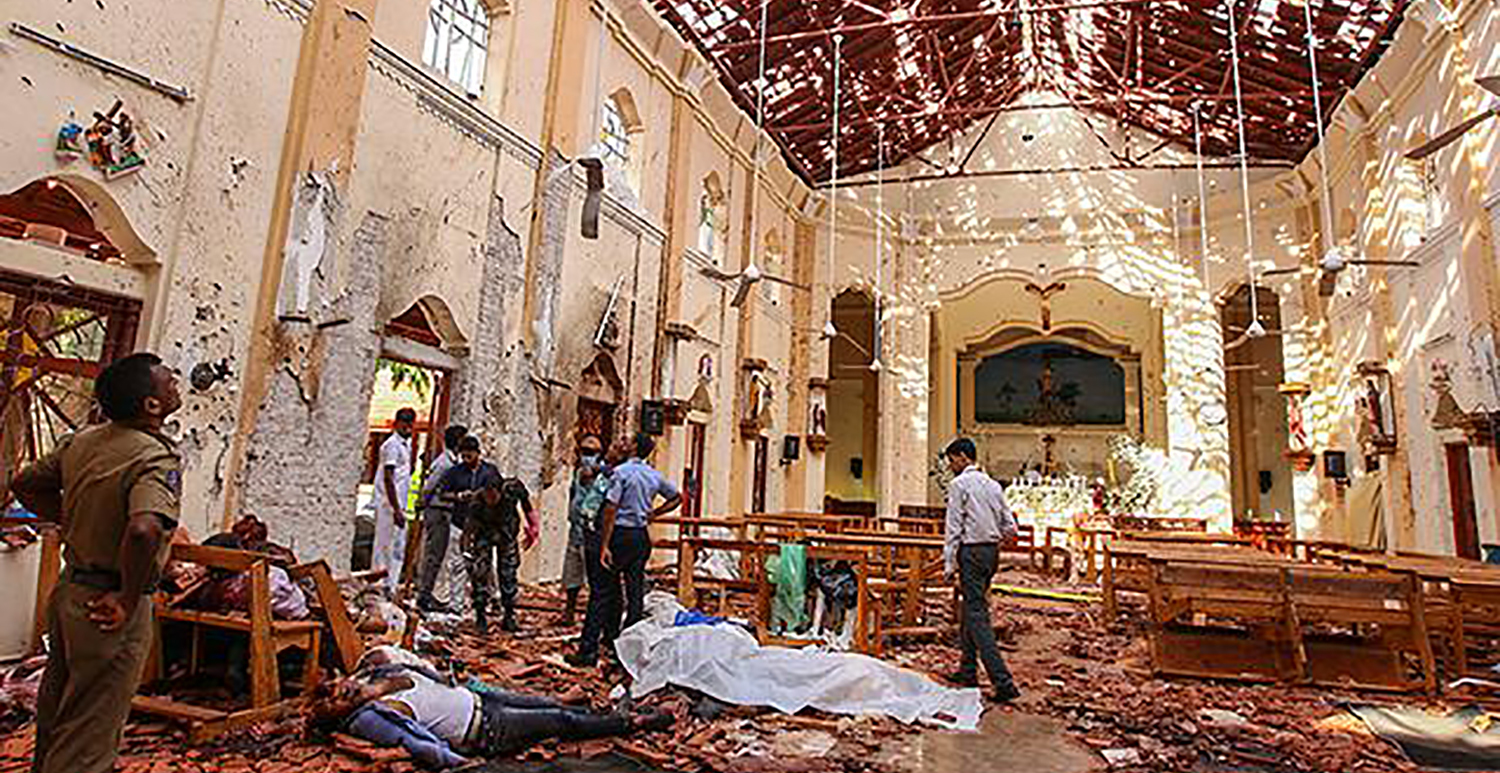 Even as we shouted, ‘Christ is Risen! The Lord is Risen, indeed! Alleluia!!’ across the world in Sri Lanka the cries were drowned out by the sound of bomb blasts that have killed 300 people and wounded hundreds more. Many of those who died were attending Easter church services.

A moment of profound joy and celebration was turned into tragedy. Our hearts can hardly contain the pain of such an injustice. Our prayers rise first for the victims and their families as they deal with this traumatic shock. Then we pray for the country of Sri Lanka as it recovers.

Sri Lanka – New Zealand – Pittsburgh ….Christians – Muslims – Jews. The list keeps growing of places where violence devastates a community, and often a religious community. Rene Girard, philosopher, noted, ‘When the whole world is globalized, you’re going to be able to set fire to the whole thing with a single match.’ He sought an explanation for such embedded violence in our world. His theory explored the fact that human beings imitate one another – for good or ill – and to stop violence from utterly destroying everyone in a community a scapegoat is found to unite against. Violence begets violence with each group choosing another as a scapegoat.

Rabbi Jonathan Sacks points out, we are actually more like siblings. “A tendency to think in terms of sibling rivalry is deeply rooted, genetically encoded, in the human mind…….This is God’s reply to those who commit violence in his name. God does not prove his love for some by hating others. Neither, if we follow him, may we.” (Not in God’s Name).

For Christians, the one who has borne the weight of human violence is Jesus Christ. His death is the icon of the pain of injustice and violence for the innocent. God’s final word however is that death does not win. It is overcome by all who see the risen Christ – all who will live the possibilities of the new life rooted in love. We will not return hate for violence. We will break the cycle by reaching across the dividing lines. We will love our neighbour as ourselves.

So in the face of this tragedy of human violence we continue to shout: ‘Christ is Risen! The Lord is Risen indeed!! Alleluia!’

May 26
HR Meeting
May 29
Bishop's Visit
May 31
Ordination