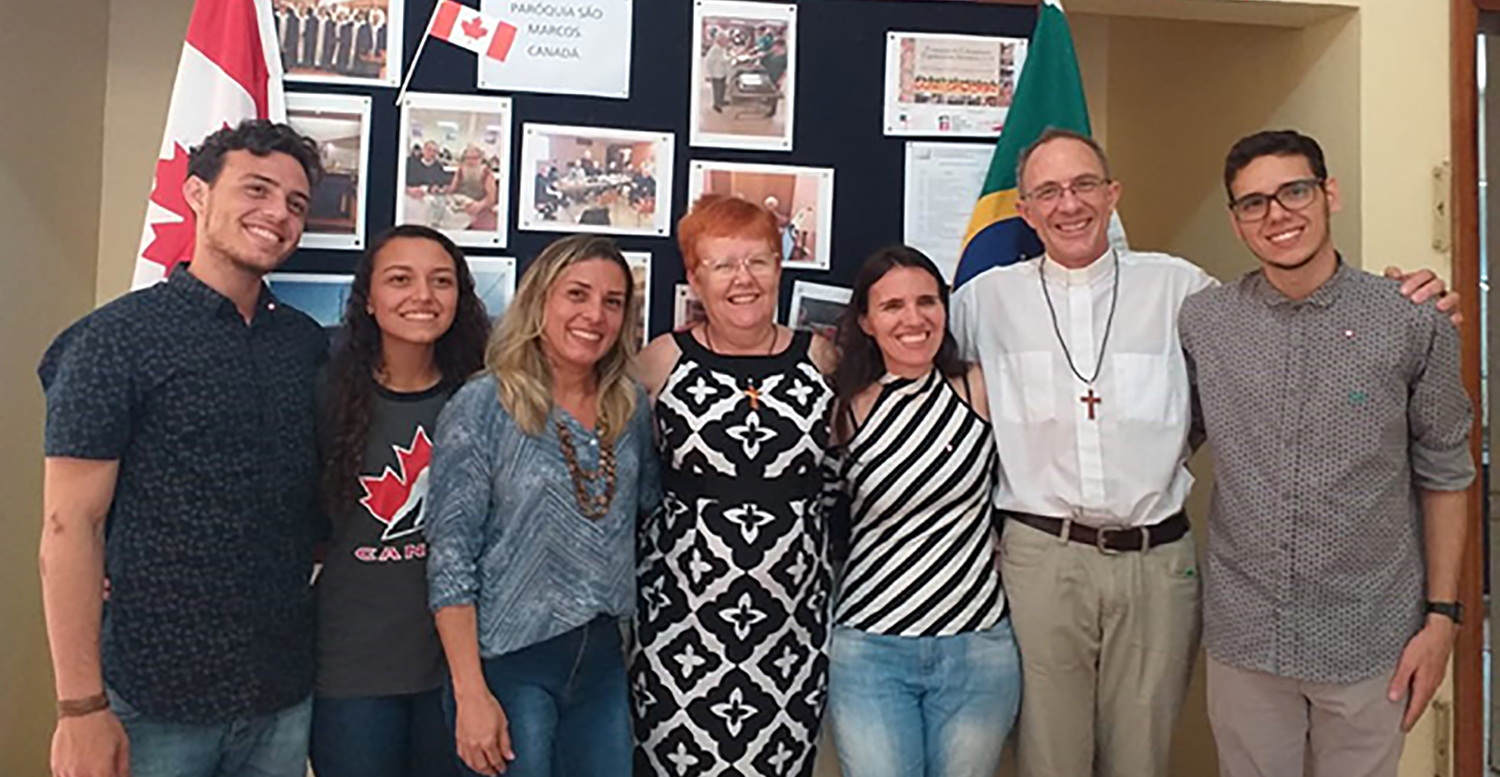 Archdeacon Tim Dobbin and Rev. Jenny Sharp in Amazonia, representing Bishop Linda Nicholls at the signing of a new five-year covenant between The Diocese of Huron and The Diocese of Amazonia.

From the smiling, waving people meeting us at the airport to the crowd seeing us off at the airport, the visit in Brazil was a true joy. Ven. Tim Dobbs and I were treated like family of the best kind.

Our days began with fabulous breakfasts shared with Bishop Marinez, Rev. Marcos and Lordes (who stayed at the Cathedral Rectory with us) and anyone else who happened to be in the building at the time. Google translate was our best friend as we shared stories and tears and laughs over coffee, delicious fruit juices (many of which only exist in the province of Para), and delectable treats cooked by Lordes. Soon we were off and running, to see local sights, to visit the parishes of Amazonia, to meet local people or to join the Diocese for their synod.

I was incredibly moved to be witness as Amazonia voted to allow same gender marriage, especially the tears of a Cathedral parishioner who wept openly with joy. The vote passed after a wonderful letter, composed by the people from a parish of Amazonia in Manaus (a two hour flight away) supporting and explaining why they support the motion. The respect for all was clearly evident.

One of the days, after a seven-hour drive to a mission church in Ulianopolis, we were treated to coffee on the front deck of a woman who lived directly across from the church. Her smile lit up her face as she welcomed us with hugs and kisses. Rev. Claudio, with the assistance of our constant companion, our translator Marcos, helped us learn more about this warm and inviting woman. Other women also gathered around, and we spent a delightful hour with this woman affectionately called, Little Black. (She is far from little!) She was so excited to meet a female priest and we formed an instant bond. Before we left, she presented me with a pumpkin and fava beans from her own garden, a very precious gift from a woman who has little.

Later, Rev. Claudio told us the story of Little Black and how she became a parishioner. Allow me to share it with you to the best of my ability.

Rev. Claudio had just started at the new church and knew he needed to attract some parishioners. He saw Little Black sitting outside and went over to ask for a drink of water. As future conversations continued, Little Black’s chair slowly moved closer and closer to the church until one day she actually came in. She has now been baptised and is an active member, bringing others to Christ with her.

A bit of background will enlighten this story further. Ulianopolis began when the jungle was clear cut to start farms. Men were brought in to work and because of the men, prostitutes became abundant. Little Black was one of those prostitutes. She has left her profession and married a good and loving husband who accepts her as she is.

Synod of the Diocese of Amazonia