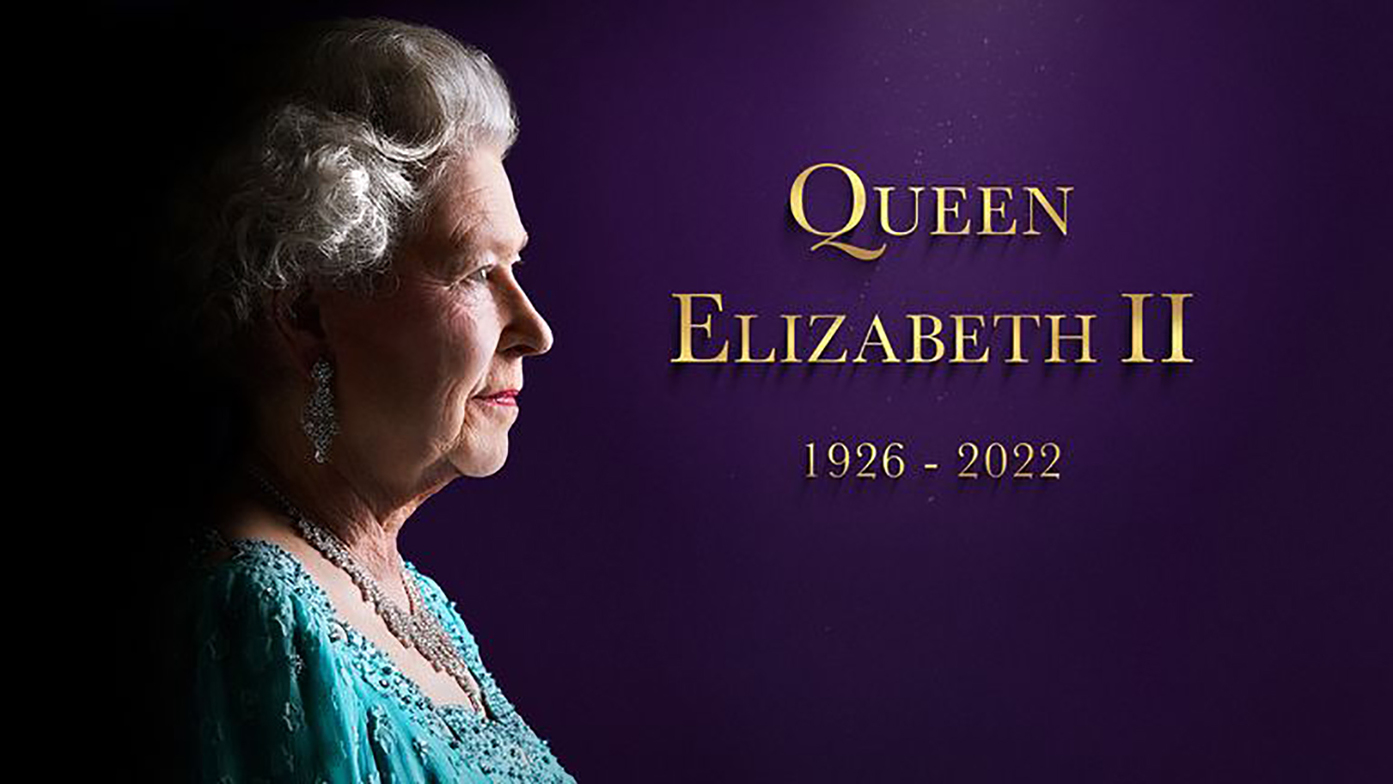 On April 19, 1710, four Haudenosaunee chiefs as ambassadors visited St. James Palace and had their audience with Queen Anne, and in their discussion, they spoke about the efforts to secure peace and offer protection to the Queens subjects, by hanging up the kettle, to ally and to become friend, here they offered her the story of peace among nations that would extend to her.  They would describe this allyship/friendship/allyship in oratory and symbolise it with wampum.

The Sunday after the Queen’s passing my mother told a story of how the community on Oneida, when she was just a girl, celebrated with food and baked sweets, drinks and levity, and togetherness on the eve of the Queen’s coronation.

“We won’t be doing that again” she said, “I remember the day with fondness”. She added.

“I can’t see that ever happening again” she said once more.   “Do you feel bad for celebrating that day?”   I asked.  “It was a different time; we celebrated and gave thanks for the day as we always do, that is how we are built.  We celebrated something bigger than ourselves. We believed that good rather than evil would prevail if we kept the Good Mind”.

Considering, the past couple of years, our contentious relationship with power and privilege has become ever more obvious. Ancient powers like the “crown” have become symbols for our rage and our trauma; rightly so, if we are raging against collective and historical evil.  But its complexities are found throughout history time and place in treaties and in relationship.

Considering these complexities, we must remember how these relationships were formed and how they have perceived to provide continuity and stability.  Further we also bear in mind the distinctness of each relationship.

The British monarchy is thought to have stability and continuity when the official announcement is made “The Queen is Dead” followed by “Long Live the King”, denoting an invisible passage from reign to reign.

Its legitimacy is philosophically steeped in theological precepts.  A coronation is an anointing and a crowning and acclaimed by the people.  Soon we will bear witness to the invocation of the spirit and the anointing and crowning of King Charles III followed by the acclamation God Save the King!

King Charles III will not govern Canada, but will provide theological legitimacy and assent to government.  Therefore, government factotums, from lawmakers to soldiers, swear their allegiance to the Queen but by the process of democracy have a free decision to help decide the fate of Canada’s future.   I would want to add that, from an Indigenous perspective, traditional leaders and traditional and laws, spiritual protocols and symbols give indigenous nation’s their legitimacy, elected leaders are functionaries of the Indian Act.

On April 19, 1710, four Haudenosaunee chiefs as ambassadors visited St. James Palace and had their audience with Queen Anne, and in their discussion, they spoke about the efforts to secure peace and offer protection to the Queens subjects, by hanging up the kettle, to ally and to become friend, here they offered her the story of peace among nations that would extend to her.  They would describe this allyship/friendship/allyship in oratory and symbolise it with wampum.

This was reaffirmed in 1984 with the Queens visit and again in 2010 when the silver covenant chain was polished and affirmed.   This will again be affirmed in the future for as long as the grass grows and the river flows.

Last year, on behalf of “her oldest allies”, the Haudenosaunee people, Hohahes Leroy Hill, of the Haudenosaunee Chiefs council, sent condolences to the Queen on the death of her husband, Prince Phillip. The letter conveyed meaningful oratory on the oldest relationship in Canada between one people to another. For the Haudenosaunee people there is a perception of relationship as equals that they have maintained for more than 300 years.  This is not a symbol of colonialism, for if that ever becomes so, the legacy of sovereignty and legitimacy too will erode.

We must not confuse the crown with government functionaries, or the crown with the personhood of Elizabeth and how she was called to be servant to her people under God. It is this that we must remember, in this complicated history and with a nuanced eye towards the process of decolonization. The respecting of grief for those whom her passing has affected and the prayers for the soul of our Sister in Christ, a Child of Creator, is not a sign of a colonized mind, but rather a symbol of the dignity and compassion of our people.

Her identity as creation, as one of us who goes down to the dust, ashes to ashes, signals to us all the commonality of our human nature; and is something we can all acknowledge.

We can see that we can separate the symbol of oppression, the Crown, from the personhood of those inhabiting it. With that, we also acknowledge the far more important point: that the blame for colonization does not rest on the head of the Queen or King alone, nor does it exist only in history, but is the responsibility of every settler on this stolen land. It is the continuing relational dynamics at play between our Nations and this country, which is not affected by kindness or interpersonal relationships, but rather the landscape on which we must all negotiate with each other.

When l think about the conversation with my mother, I think of her experience growing up in a culture steeped in symbol, protocol, spirituality, ritual, and ceremony. The queen’s coronation is like our Anglican baptism or ordination, or a Haudenosaunee chief’s condolence where a chief acquires his horns.  Where at times one is called to make real, make meaning, manifest the hopes and dreams, and bring together minds as one to hold the values that create community.

These are people who are merely human, who hold fragility in their hands.  They are called not to be perfect but to take the role that they have been born into and called to. These are the people whose wisdom is valued, for in their long lives they have been inspirations for others; we call them Elder. While she is not one of ours, the Queen exists as an Elder for many; and we, in this time of condolence, can open our eyes, our ears, and our hearts, to the need to mourn, the need to celebrate, the need to be consoled.

Therefore, we do pray for the resurrected life of our Sister, Elizabeth, who shares in the grace and mercy that we all are given; and for our Brother, Charles, may God save the King. Save him from the willful ignorance and apathy of the past. Save him from the siren’s call of oppressive power. Save him from the broken relationship and broken promises of the past. Let him reign with righteousness and compassion, with The Good News, a Good Heart and a Good Mind.

Rosalyn Kantlaht’ant Elm is the Archdeacon for Reconciliation and Indigenous Ministry in the Diocese of Huron.

A place to be seen – a place to be heard Bishop's Announcements - September 25, 2022 Plastic plants - oh so easy to tuck them away!